Deaths while pinned to ground in police custody continue, but charges remain rare

Since 2010, more than 100 in-custody deaths have been connected to prone restraint, but after the Derek Chauvin trial a spotlight is on the controversial technique. 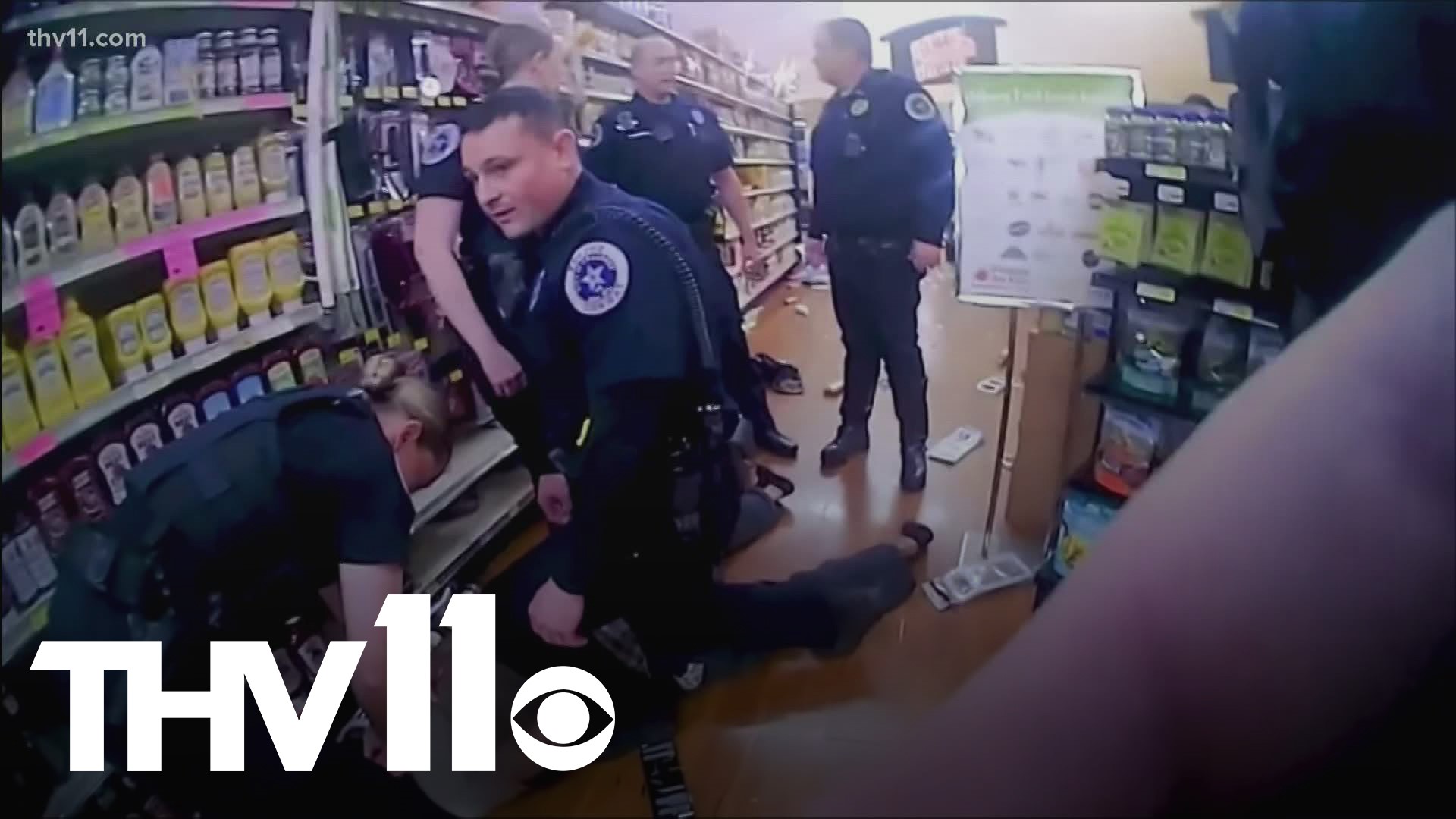 LITTLE ROCK, Ark. — Debates over police reform are often shaped by split-second, life-or-death decisions. But the recent guilty verdicts in the trial of Derek Chauvin for the death of George Floyd in Minneapolis last summer spotlight another part of the debate that often gets less attention.

It involves the way Floyd died: on his stomach, hands behind his back with grown men pressing down.

This prolonged prone restraint is used by police, guards and even medical personnel daily across the country, but as the world now knows all too well, it can be deadly.

Our investigation, which is a part of a larger inquiry across TEGNA, puts names and ghastly numbers behind just how often prone restraint leads to loss of life.

“You go to get help and then...you die. I mean, how does that happen,” is the question asked by Ujima Stewart, whose brother Tauheed Rashad Raullerson became one of the people we found who called for help or went to get help and wound up dead. “I'm just angry because I feel like it's happening so much and nobody's doing anything about it.”

Her brother, who goes by Rashad, travelled to Arkansas to be with his large family over Thanksgiving in 2018, but he forgot his medication for bipolar disorder. He went to a hospital to try and get some, but they transferred him on to The Bridgeway mental health treatment center.

Within hours, he died under the weight of at least three men holding him down.

“He went to the hospital in Conway, which they sent him to Bridgeway and then, he just never left there,” Stewart said.

Rashad, along with two other cases in Conway and a case in Little Rock, all show that police, guards and orderlies often ignore warnings of using choke holds and prone restraint techniques.

In 1995, The U.S. Department of Justice warned officers of what it called "a little known phenomenon called positional asphyxia" or "death as a result of a body position that interferes with one's ability to breathe."

In 2003, the topic made it into a New York City Police training video. Handbooks we requested from the Conway Police Department used to train officers there describe an awareness of getting detained subjects off their stomachs as soon as possible.

"Get them off, get them off their side, get them upright,” said Jack Ryan an expert in police training sought by departments across the country.

He said if an officer or guard isn't aware of the risk by now, they aren't paying attention.

“I've said that in training at times,” he said. “We ought to have that printed on the top of the dashboard of the police car or maybe tattooed on the backs of people's hands."

Those four cases here in Arkansas are among more than 100 deaths our investigation found across the country that followed prone restraint since 2010.

Conway’s two incidents came within seven months of each other: Jaleel Medlock in July, 2019 and Lionel Morris in February, 2020. They both fit a pattern seen in piles of autopsy reports and hours of surveillance video.

Officers respond, officers get control, and officers have to scramble.

Morris ran and fought with police inside a grocery store when officers attempted to arrest him on suspicion of shoplifting. He produced a knife and knocked over displays and food items as at least six officers tried to get him under control.

Once subdued, officers took stock of the situation, with one even digging out their body camera from under a fallen shelf. But as they caught their breath, Morris complained of losing his.

"I can't breathe,” Morris said repeatedly, reminiscent of Eric Garner, who died while in a chokehold during an arrest in Staten Island, N.Y. in 2014.

"If you can talk, you can breathe, sit down. We've got an ambulance,” came the response from one officer with his knee on Morris’ back.

Morris had cuts that a paramedic first attended to when he arrived and asked to have Morris turned on his side, but Morris’ condition deteriorated and he would die in the ambulance on the way to the hospital.

Five months later, the county prosecutor pointed to the large amount of drugs in Morris's system as a main cause of his death while also noting the coroner’s finding that the restraint played a role.

"In reviewing this incident, I recognize that there are things that as a police department we can do better,” said Chief William Tapley on the incident review video posted in July of 2020. “These are things that we will do better."

Like dozens of cases before George Floyd, all officers involved have been cleared in part because of those findings.

No one from the police department nor mayor Bart Castleberry would comment beyond the statements made in that video released when the county prosecutor released her decision not to bring charges.

Numerous times, our investigation found coroners and prosecutors pointing to drugs as a factor in these fatalities.

In more than half the cases, the person who died was dealing with mental illness or in the midst of a mental health episode.

That's why, with the hindsight of George Floyd and other cases now well documented, Rashad's sister remains shocked at his fate. Cops under pressure on the street is one thing, but Stewart wondered how nurses and orderlies would end up holding him down for so long.

“They held my brother down for six minutes...on his face,” Stewart said, her voice trailing off.

She is suing the Bridgeway and the individuals involved on behalf of her brother’s estate. Lawyers for the facility wouldn't comment because of the pending lawsuit. Court documents indicate all the defendants deny they were negligent, and say Rashad "consented to care and treatment and assumed the risks."

No trial date has been set.

Stewart said the facility initially told her that Rashad had meth in his system, but she claimed an autopsy came back and confirmed what she knew-- that her brother was a devout Muslim and never drank or used illicit drugs.

Now Stewart and lawyer Joey McCutchen have experts ready to testify that the staff failed to abide by recognized standards of care. Experts who have raised alarms for medical facilities, and police, for decades.

“I couldn't imagine the pressure of that, several people holding you down that long,” Stewart said. “He was just there to get some help. He didn't get the help that he needed.” 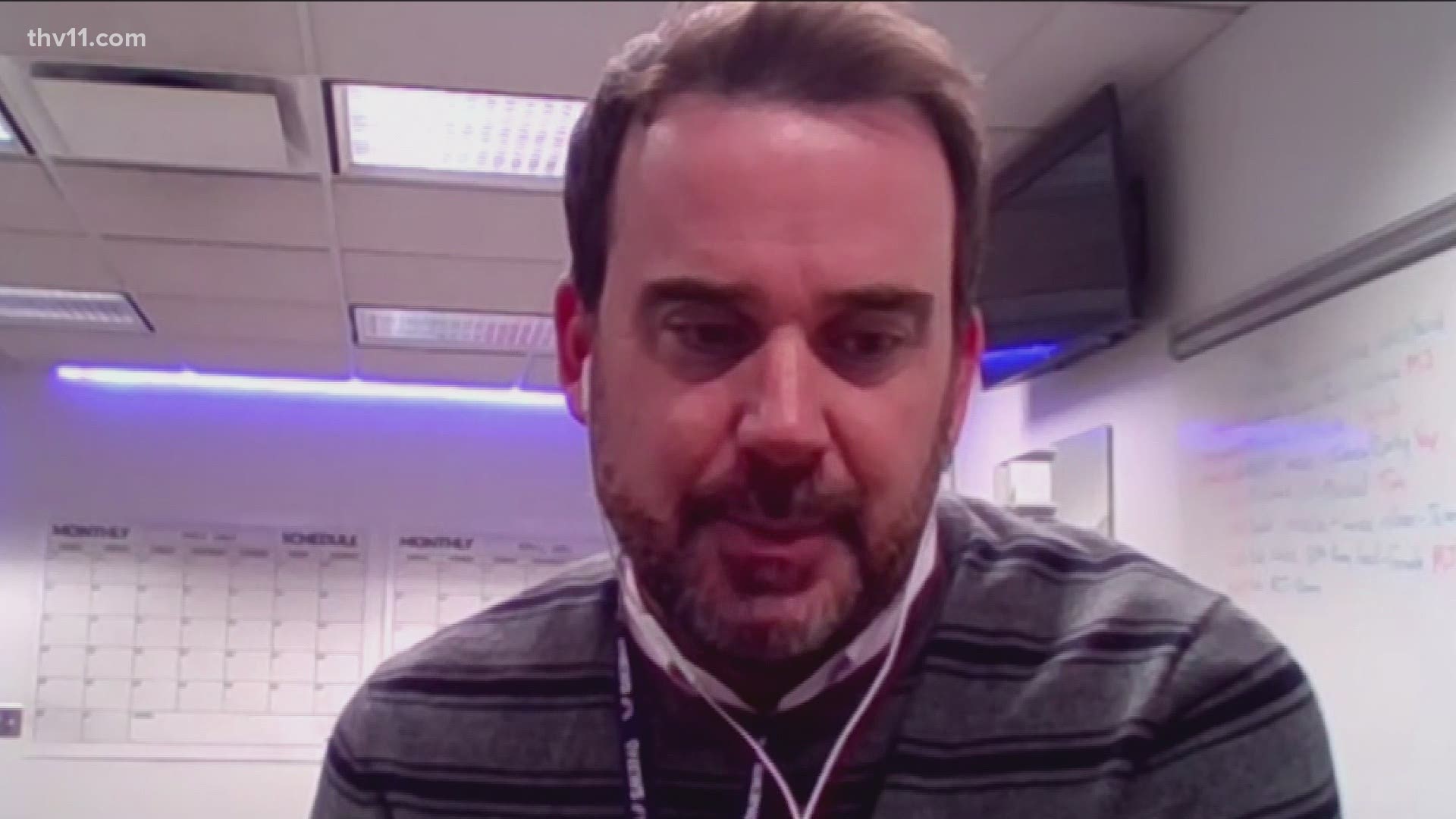