Ronnie Long's son was just three years old when his father was arrested for a crime he says he didn't commit. Now his son just wants to make new memories. 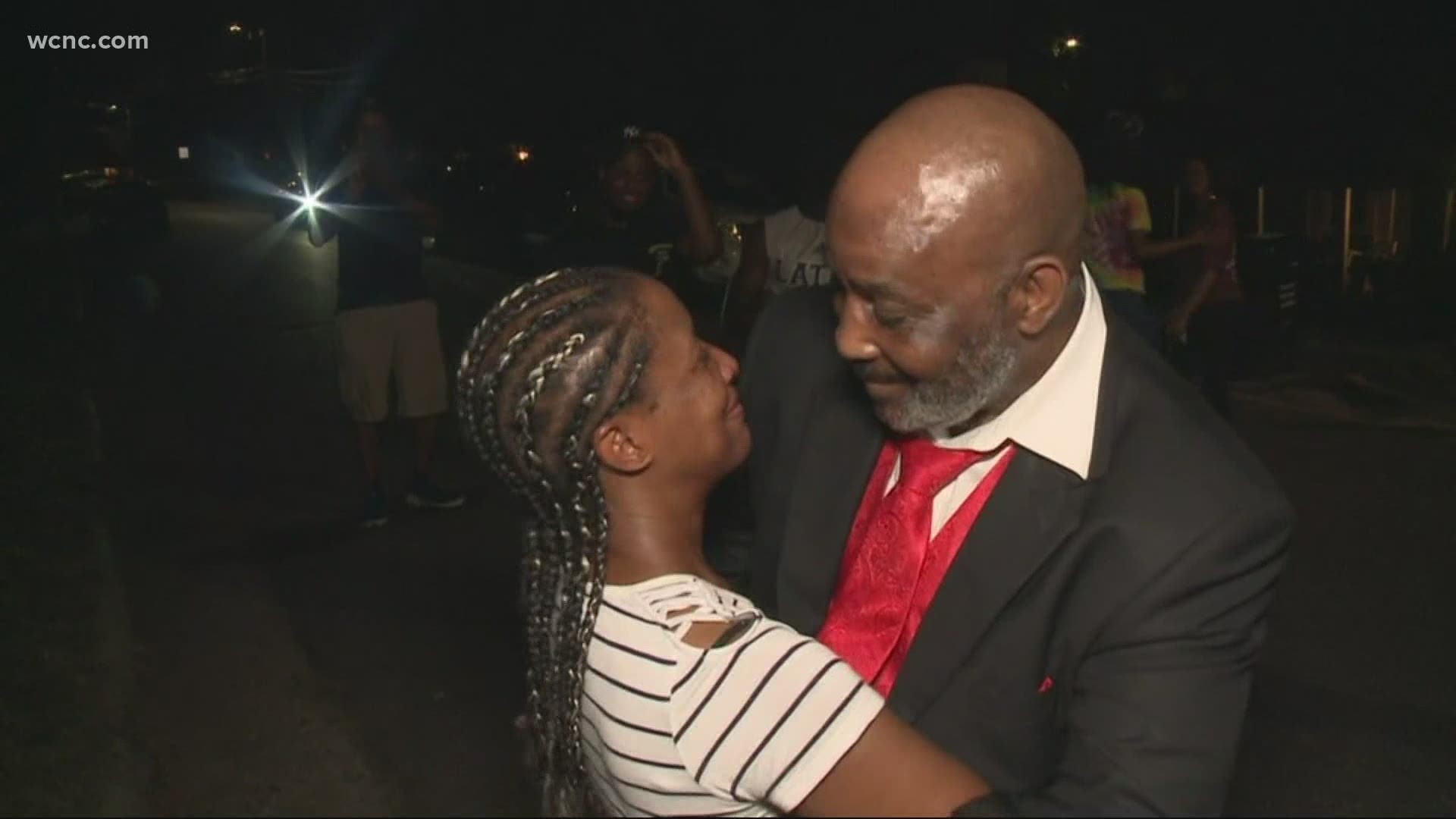 Long's family and friends, who were eagerly waiting for him, gave him a warm welcome back.

A longtime classmate of Ronnie Long was at his coming home celebration and said he had just talked with Long last week.

"It feels absolutely marvelous, his friend said. "In the words of Tony the Tiger, it feels great."

WCNC Charlotte also spoke exclusively with Long's one and only son, Anthony Spears.

Spears was just three years old when his father was arrested and told us he only has vague memories of his father before his time in prison. He said it's now time to make new memories.

RELATED: Ronnie long is now a free man after maintaining his innocence for 44 years

"I might have a glitch in my head somewhere of him," Spears recalled, "I don't have too many memories of him."

Spears said he actually thought his father would be coming home on September 10th, so his release on Thursday was a welcomed surprise.

Long spent more than 4 decades behind bars proclaiming his innocence. The State of North Carolina, which put him there and kept him there, finally agreed earlier this week when they filed to vacate Long's 1976 rape conviction.

Long said he and his attorneys have been fighting for this exact moment for over four decades.

Anthony Spears said he has always maintained a relationship with his father, even from prison.

"He'd tell me what to do from prison," Spears joked. "If he told me to do something, honestly I'd do it."

Spears told WCNC Charlotte that Ronnie Long became a grandfather behind bars and will soon become a great-grandfather.

"When he [Ronnie] gets here, he'll be able to make his grandaughter's baby shower," Spears said.

Before his father's arrival, Spears said he made a lot of upgrades and renovations to his home.

"I've been trimming trees, I just filled a hole up in my driveway with concrete because I know if he sees that he'll talk junk," Spears said jokingly.

When asked if he had any resentment when it came to losing his father for more than 40 years, Spears said that this is usually when he gets censored.

"Justice is slow," Spears said. "And I don't really have that much respect for it."

Spears said the first thing he's going to ask his father when he gets home is, "are you hungry? You wanna go get Wendys?"

RELATED: 'I’ve been crying happy tears' | A man who maintained his innocence for 44 years to be freed from prison