A Department of Licensing audit report obtained by KING 5 alleges some applicants who bought passing grades did not know basic driving skills. 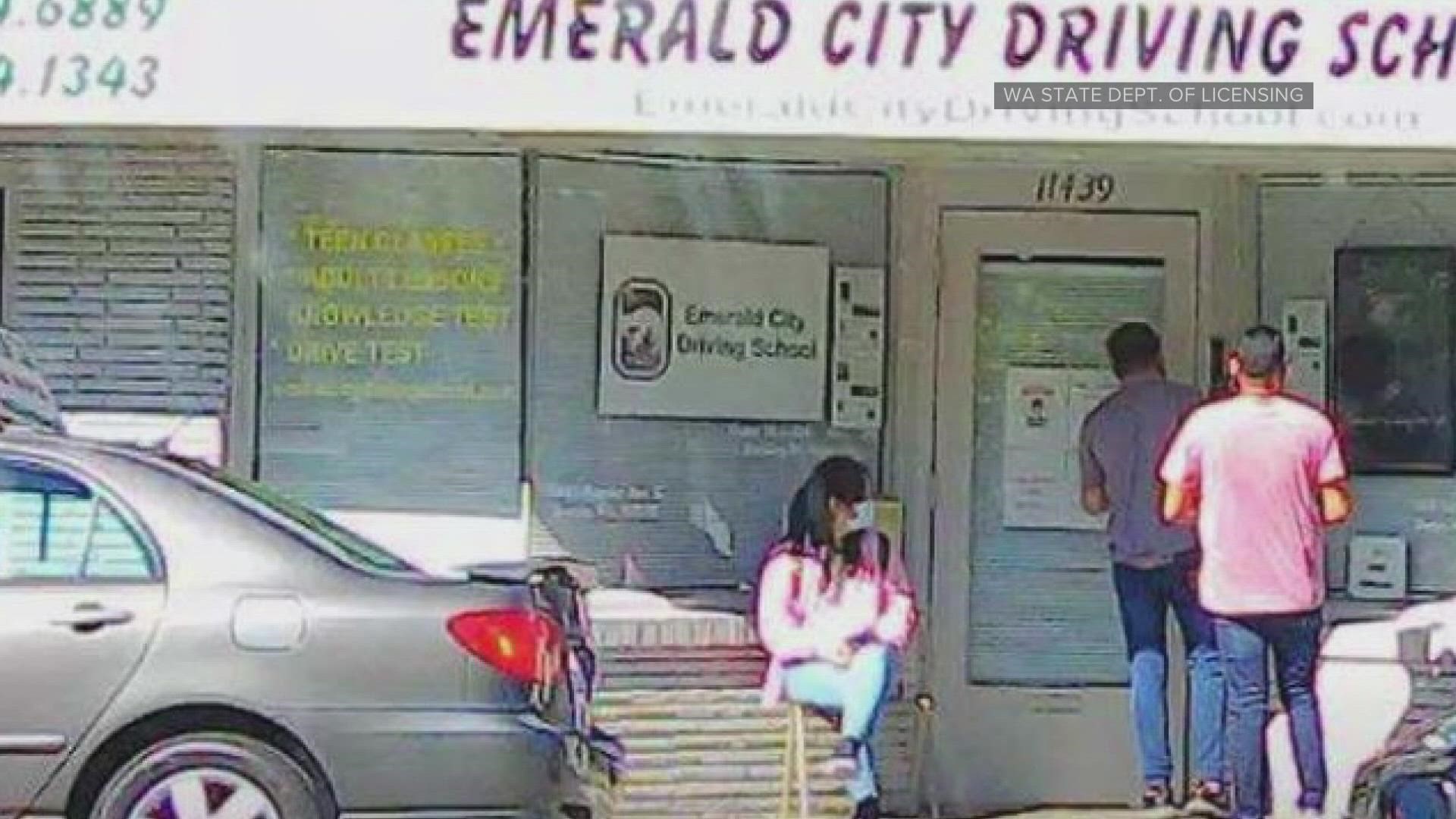 SEATTLE — New documents obtained by KING 5 reveal a Seattle driving school sold fake passing grades for hundreds of dollars to at least 2,000 applicants. In some cases, the fraudulent tests sold for thousands of dollars.

The details were described in a Washington State Department of Licensing (DOL) audit report conducted by the agency's Transportation Services Fraud and Investigations Unit in May.

DOL auditors found the school's instructors sold the passing grades for as much as $2,000 to $4,000, according to the records, with the time frame of the alleged violations happening between 2017 to June 2021.

DOL investigators also found the school sold the passing grades to applicants who never took tests at all, and in some cases, did not know basic driving rules.

In the report, auditors described unnamed employee complaints who claimed "many of the examiners [redacted] passed are illiterate with no driving skills. This is unfair to every other WA state license holder and a potential threat to the road safety in WA," the report said.

Steve Wong, the former owner of the school on Rainier Ave S., voluntarily closed his business following the findings in the May to June audit, according to the DOL. The DOL said Wong no longer has a license to operate a driving school in the state.

The report included surveillance photos taken by the DOL that showed applicants walking in and out of the school. Their activity, however, did not match the reported test-taking times and dates that were submitted to the DOL by the school.

Digging further, DOL investigators found out a Washington State Trooper in Thurston County pulled over a driver in July 2019 for a lane change violation. Upon turning on lights and sirens and "multiple law enforcement officers" pursuing the driver for ten miles, the driver did not immediately stop, according to the report.

"The driver stated that [redacted] did not know what to do when a law enforcement officer used their emergency equipment. There is a distinct language barrier," the report said.

The driver was an applicant at Emerald City Driving School and was told to retake an exam and was reminded more than a year later in May this year.

In another instance on June 8, auditors found test examiners never left the building except to "drive away by themselves." The DOL test portal, however, showed four skills tests were conducted by Wong that day, according to the report.

Wong, the owner, also submitted to DOL a handwritten statement saying he charged $150 for knowledge tests, $400 for both knowledge and skills tests and that when the person paid, they "passed without taking a test."

The DOL also asked Wong for a list of who purchased the passing grades. Wong provided auditors at least 14 names, according to the report. It is unclear if DOL has contacted those names listed.

In the state of Washington, people under 18 who want a driver's license must take driver training classes before passing a knowledge and driving skills test.

Those over 18 can take classes if they want to but are required to pass the tests in order to get a license to drive.

People can take these tests at a DOL location or at privately operated driving schools, such as the now-defunct Emerald City Driving School.