Frontline heroes at UAMS said they're feeling déjà vu, but even worse. As the Delta variant continues to spread, Arkansas hospitals are reaching full capacity. 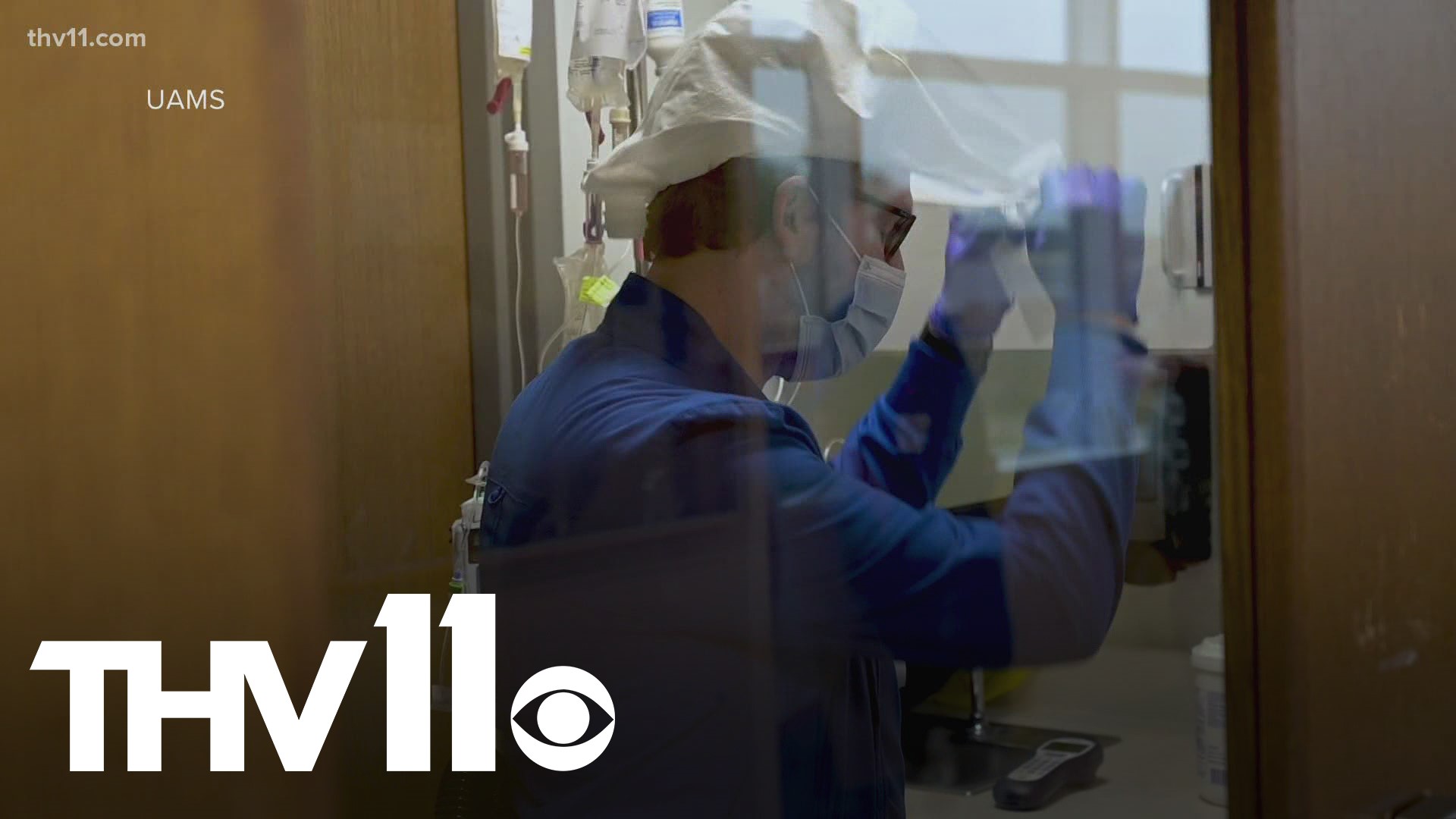 LITTLE ROCK, Ark. — As the Delta variant continues to spread, hospitals are reaching full capacity in Arkansas. Now, healthcare workers are once again feeling the burden of it all.

"You can't just go home at the end of the day and erase it out of your mind," she said. "You're seeing faces, you're hearing cries of their loved ones. It's just a 24/7 emotional rollercoaster."

One of the three is UAMS Respiratory Director, Jeff Halbert.

"Because we've been in this for awhile, it's kind of like we are picking right back up," Halbert said. "I hate to say that and I have to say, as a leader, it's a little frustrating because we were hoping to see a little light by now."

A glimmer of hope they saw for a moment, but once the Delta variant arrived the it subsided as the patients that were coming through the doors never stopped, according to Kristen Link, Respiratory Care Team Manager.

"It was one right after the other and all of the sudden our capacity started filling up. We knew we were in for a ride then," Link said.

"It became really real to me that we were revisiting this again when I had to bring more ventilators into the hospital," he said.

As a team manager, Link said that this is something she's never seen in her 31 years at the hospital.

"The hardest part is trying to keep the staff motivated. Emotionally it's tough. It's tough because every patient is extremely sick," she said.

The large amount of sick patients is why Eaken said 12-hour shifts are things of the past.

"A common thread you hear is, 'I wasn't able to use the restroom until 4 p.m. today' or 'I haven't had lunch all week,' so that is hard to hear," Eaken said.

Behind the doors, within the hallways, it's all hands-on-deck.

While the heroes behind the masks are just hoping the end is near.

"When you look at the screen you just see numbers, you just see graphs, but every single one of those numbers had a family," Eaken said. "They had a loved one, they had parents or children that won't ever get to see their faces again."

All three healthcare workers said the only way to get out of this is if more of our state gets vaccinated. They fear if more people don't get the shot, it will only get worse.