The widening and paving completion from Shackleford to Bowman was phase two of the $13 million project. 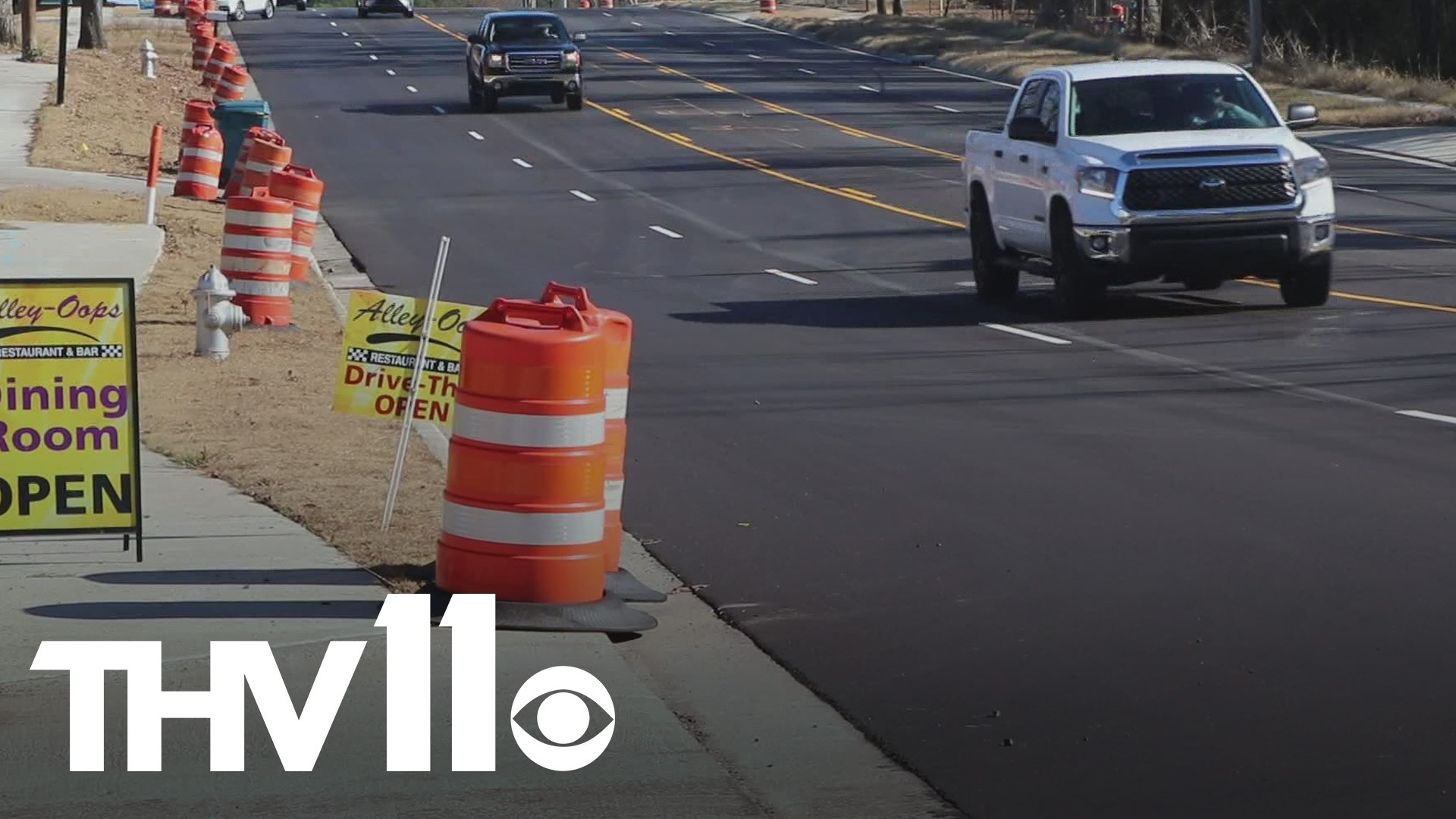 LITTLE ROCK, Ark — Just in time for the hustle and bustle of the holiday season, the Kanis Road expansion from Shackleford to Bowman has finally finished.

It's hard to believe this project has been going on for over two years now. The City of Little Rock first broke ground on the Kanis Road widening project back in October of 2018.

Now, with one of the phases complete business owners, like Gary Duke, are expressing relief.

"It was forever. It just went on and on and on," he said.

Duke is referring to the cones and equipment that surrounded his restaurant for close to two years.

"It was just potholes. It was just a mess. Construction people and trucks and tractors," he said.

But now those trucks and tractors are replaced with more lanes and smooth roads making a "world of a difference," according to Duke.

"We're just thrilled to have it done. They did a really good job," he said.

He said the expansion was necessary to keep up with the growth.

"It just has expanded like crazy over the years. Just exponentially, it's gone nuts," Duke said.

Michael Hood with Little Rock Public Works described the widening and paving completion from Shackleford to Bowman as a nice early "Christmas present."

"It certainly is good news for all of us here at public works and certainly everybody that drives through that corridor every day," he said.

According to Hood, this widening was phase two of the $13 million project, which was approved by voters back in 2011.

"That's certainly a milestone. That was the biggest part of the job, so far to date, and it was a long time coming and involved a lot of our utility company partners working with us," he said.

Now that the bulk of the work is complete, Hood said the rest of the money is still in motion for the final phase.

"That figure includes a job that's still going on now with a third construction project that takes the improvements from Bowman Road to Gamble Road," he said.

Hood believes that work will be finished towards the end of 2021.

"There's a lot of public interest of doing more in the future, but we'll just have to wait and see if there are additional allocations from the city board to continue those improvements," he said.

According to Hood, there's also a possibility of another contract coming in 2021. They're looking into doing some improvements and widening on Bowman Road heading south.