Some students read to Dewey with different voices that are animated. Some come in and whisper. Others just come in to show him pictures. 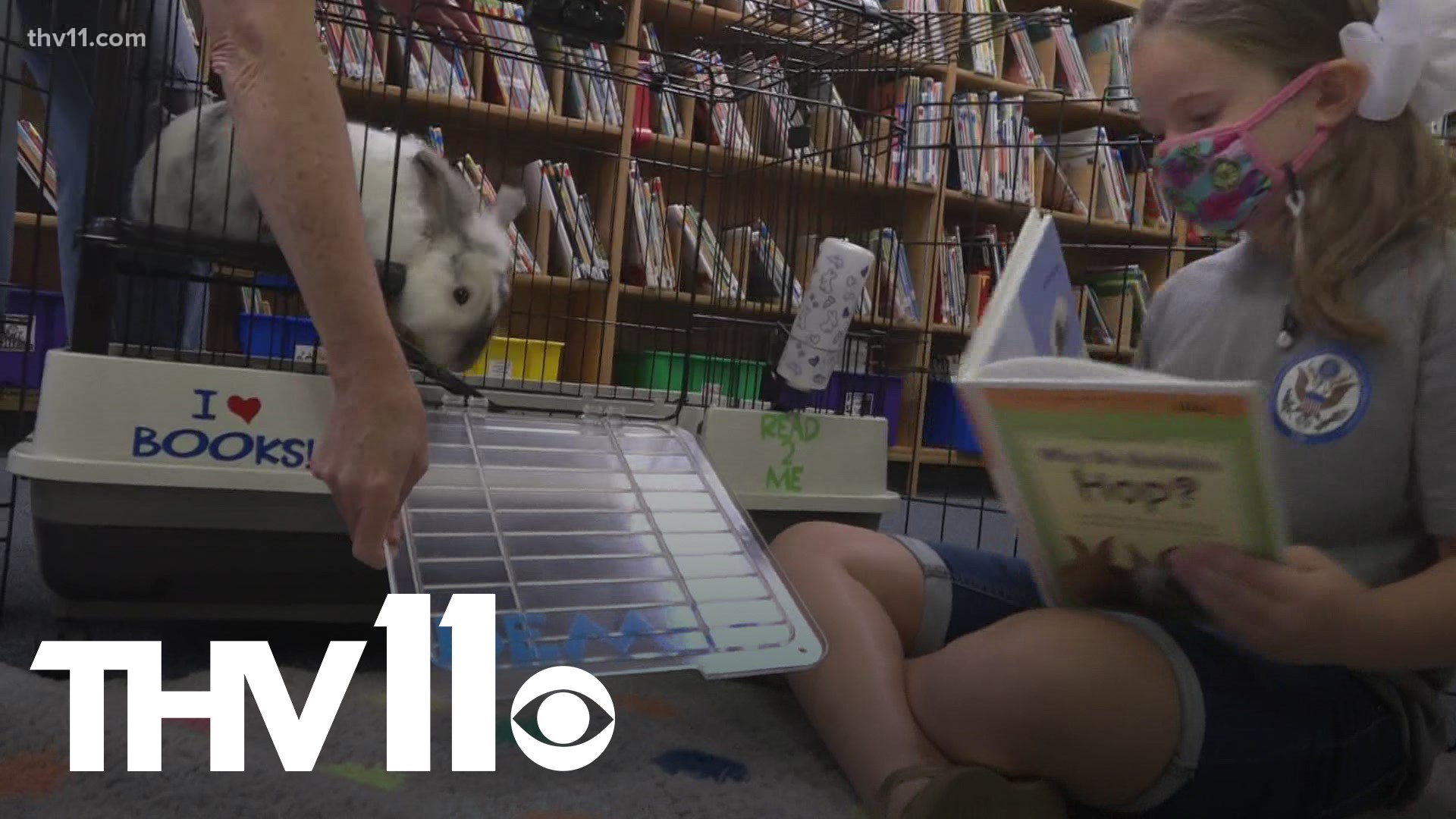 She's been with the school for four years and two years in she was inspired by another teacher who wanted to take pictures of a rabbit one Easter on her hobby farm.

That's how she adopted Dewey the rabbit from a pet store in Searcy to help students.

"I wanted to create a safe place for them to come and read. No judgment. You can stumble over a word. Dewey doesn't care. He just sits and listens to them," said Benson.

She says some students come in and read to Dewey with different voices that are animated. Some come in and whisper. Others just come in to show him pictures.

VIDEO: students at Jefferson Elementary School in Little Rock read to Dewey the rabbit in the library! 📚 pic.twitter.com/aCUsRbQ3hX

Rava is going to the 2nd grade next year and always chooses to read to Dewey when she'd win an award in her class.

4-year-old twins Blakely and Haley are going into kindergarten and they love to pet and play with Dewey when he comes out of his cage.

Sisters 10-year-old Kate and 6-year-old Meg make funny faces at Dewey and have staring contests to see who will blink first.

"The thing about Dewey is he adds just a special treat to the library. So he makes the library more inviting and warm," said Benson.