The Arkansas Gold Star Families Memorial Monument is the 51st in the United States, but the first-of-its-kind. 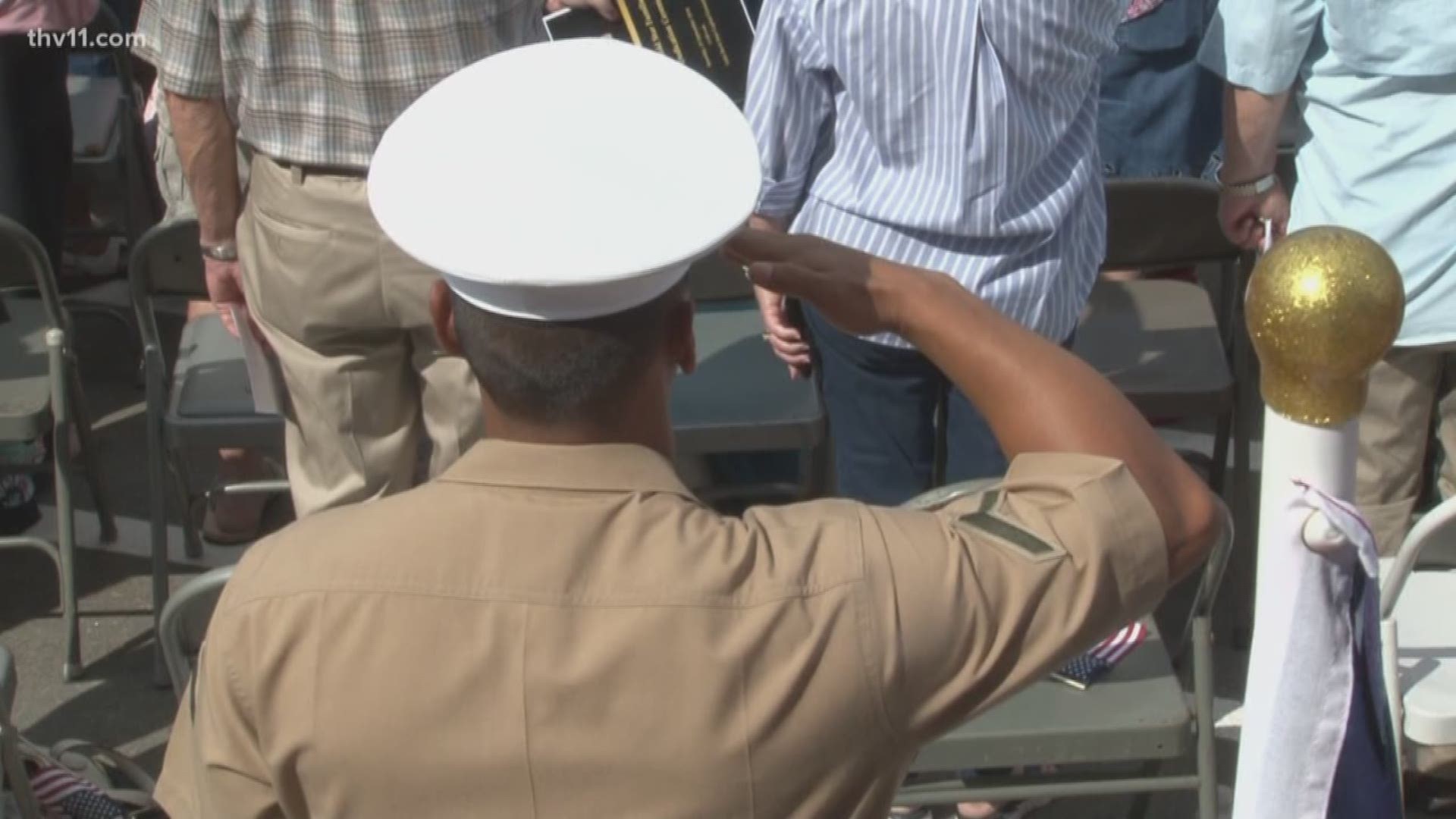 LITTLE ROCK, Ark. — On Saturday morning history was made at the State Capitol as hundreds of Arkansans came together for the Gold Star Families Memorial Monument Dedication.

This is the 51st Gold Star Families Memorial Monument in the United States, but it is the first-of-its-kind because it is the only one built on state Capitol grounds.

Dwight Witcher, one of the three retired Marines behind the efforts, said the breathtaking monument doesn't erase the heartache these families feel every day, but it does remind them they are never alone.

The black granite monument dedicated to the ones they left behind.

Sharri Briley, the widow of Donovan Briley, who died in Somalia in 1993, said this monument is close to her heart.

"We always want people to remember our loved ones who have fallen but its really, it's special for them to want to remember us and our sacrifice that we deal with every single day," she said.

This Thursday, Oct. 3, marking a 26-year sacrifice for Briley.

"They've missed so much. They've missed children's graduation, weddings, grandchildren and, just you know, us growing old together," she said.

The black granite representing a piece of Briley's husband she can share with his grandchildren he never got the chance to meet.

"Now they really know about their grandfather, who he is, what he was about and what he fought for," she said.

Committee members traveling to all corners of the state for the past three and a half years to make this half a million dollar project come to life.

Witcher said the contributions came from anywhere and anyone.

"A kid would see the sign of what we were doing, they would literally get their parents wallets, get all of the money out of it and put it in our baskets. It went from one end of the spectrum to the other," he said.

Witcher said this monument was made possible because all of Arkansas came together to ensure these families have a place for reflection, meditation and closure.

"When we go to funerals the flag is folded and presented to the family, the 'Taps' are played. We go back to our everyday business, but they have to go home to an empty house. There’s always an empty chair at the dining table, always an empty chair at Christmas and Thanksgiving. Any kind of family celebration, that reminder is always there for them," he said.

"There’s not any words to express my gratitude for them thinking of us and wanting to do this and take on this project because it was a huge undertaking," she said.

The committee wanted to thank every Arkansan who contributed, prayed and supported this monument.