"I guess it's just in our DNA," said retired Colonel Mike Ross. He knows about losing soldiers. "We lost 36 soldiers," he remembered. 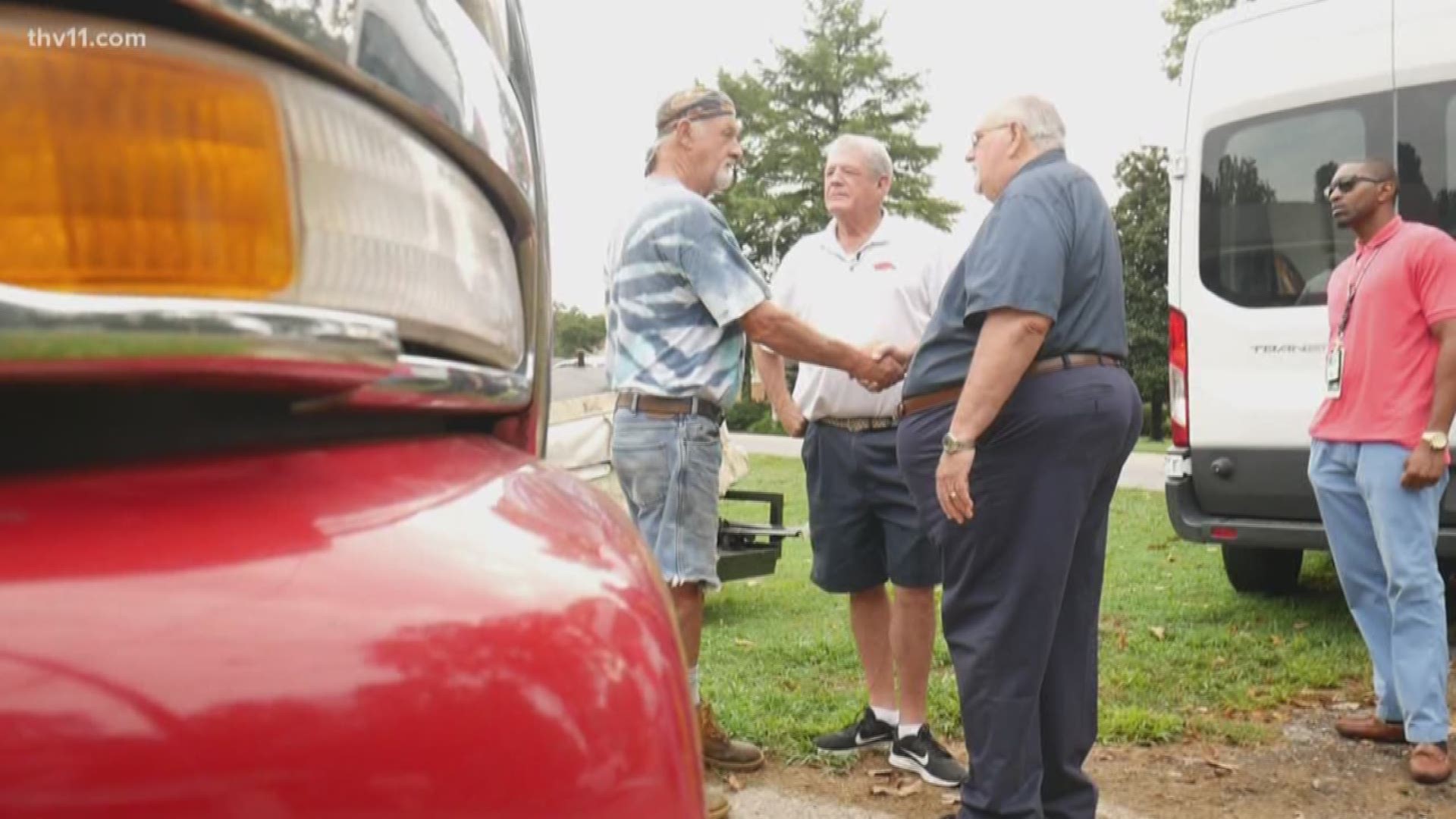 LITTLE ROCK, Ark. — Each month, we're focusing on those who have served our country, and the groups who serve them. It's called Saluting Heroes.

This month, we meet Veteran Villages of America.

You'd be hard-pressed to find a group of men more passionate about our veterans.

"I guess it's just in our DNA," said retired Colonel Mike Ross. He knows about losing soldiers. "We lost 36 soldiers," he remembered, "had over 350 with combat-related wounds. So it's personal. It's personal."

Vietnam veteran Mark Diggs knows about pain. "I got a couple purple hearts," he explained. "It was an active four years," he said of his time in Vietnam. The two are among the founders of Veteran Villages of America. It's a non-profit that has helped so many veterans in their six years, they've lost count. "I would say hundreds," said Col. Ross.

Among them is Brian, a Navy vet who spends most days fixing up what will soon be his family's home. A home the non-profit was able to get donated.

"Hopefully we can get him in that house pretty soon," Col. Ross explained. "We're hoping," joked Brian. But today, Brian is giving back to other veterans.

"Ever since I've been on disability, it's the only thing I've ever wanted to do," he explained, "to continue to help vets and through my skills, working on AC's, doing construction."

He's loading a trailer full of donations to take to three veteran families in central Arkansas. "Families that are sleeping on the floor right now," explained Col. Ross.

The group also helps veterans who don't have reliable transportation. And that's where Dallas comes in. "I'm rebuilding the transmission on it," Dallas explained of an SUV in front of the house where he lives. He's a skilled mechanic, repairing donated vehicles for veterans.

"I'm kind of returning the favors they did for us," he said. Notice that Dallas said 'they,' because, like a lot of combat veterans, he doesn't want the recognition. But he deserves it. "He has shrapnel coming out of his leg," Col. Ross showed us while we were there.

Every veteran deserves the recognition that Dallas avoids. "No veteran left behind," reminded Col. Ross. And Veteran Villages of America is helping them help each other. One veteran at a time.

Col. Ross is more than just a volunteer. He has three rental homes that he donates to veterans. Helping them get back on track, without charging them a dime.

He says they could always use help. They're trying to renovate a home right now. And need volunteers.

And he also needs storage space for the things people donate to the group. Check out their website for more information.