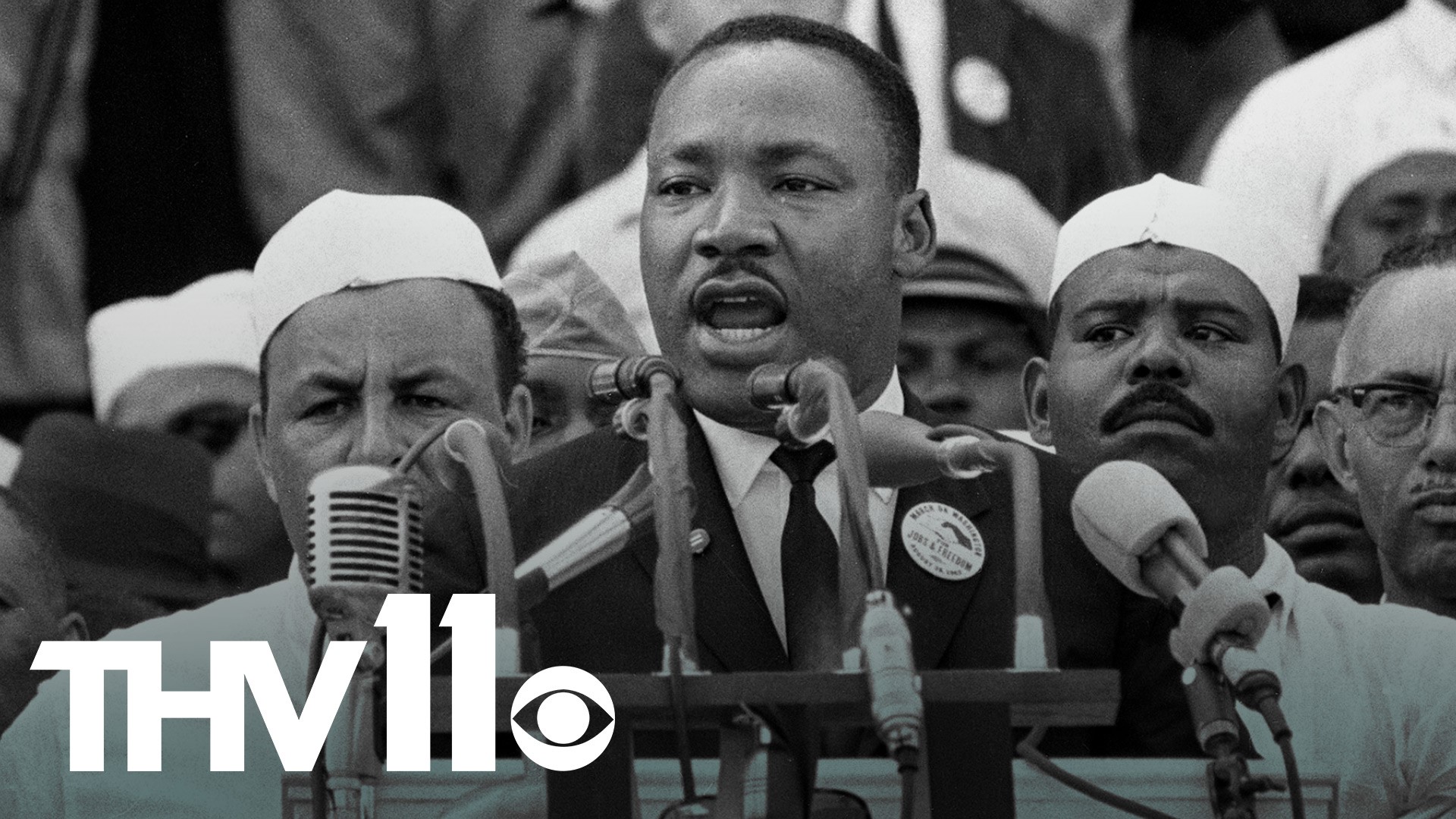 LITTLE ROCK, Arkansas — Every year, Americans often get a more commercialized version of Dr. Martin Luther King Jr. Day where some of his most memorable quotes are shared by individuals, leaders, companies, and groups to commemorate his life and legacy.

The Dr. King version shared is highlighted by his non-violent and peaceful takes on seeking justice and equality. Edmond Davis is a professor of history at Arkansas Baptist College and says his ideals weren't all about peace.

"It was about understanding because King was a civil rights beacon of light. Not just for African Americans, but for all Americans, and so we have to keep that in mind whether we can agree or disagree, those facts and those truths don't lie," said Davis.

Dr. King's own daughter Bernice King reminded Americans of a 1967 poll naming her father as the most hated man in America. A year later, he was assassinated.

Please don’t act like everyone loved my father. He was assassinated. A 1967 poll reflected that he was one of the most hated men in America. Most hated. Many who quote him now and evoke him to deter justice today would likely hate, and may already hate, the authentic King. #MLK pic.twitter.com/yGdQXL5MJ3

John Kirk is a professor of history at the University of Arkansas Little Rock.

He says later in life, Dr. King liked to tackle deeper structural issues of racial inequality and poverty in the United States where he challenged political leaders.

Davis says that The Little Rock Nine had their crisis in 1957 and Dr. King came to Little Rock in 1959.

"King came to Arkansas twice I believe during the Civil Rights Movement that we know of. He spoke at the graduation of one of the first persons to graduate from Little Rock Central High School," said Davis.

He said keeping Dr. King's dream alive should mean also keeping his truth alive so that he isn't misquoted and used to fit narratives that silent people seeking justice.

"We all know America's original sin was slavery. Well, racism is like a cancer, but it's like one of those cancers that we still have."