Where are the robocalls coming from? The NC AG is trying to find out

Attorney General Josh Stein is asking the FCC to force telecom companies to work with states to trace the origin of calls. 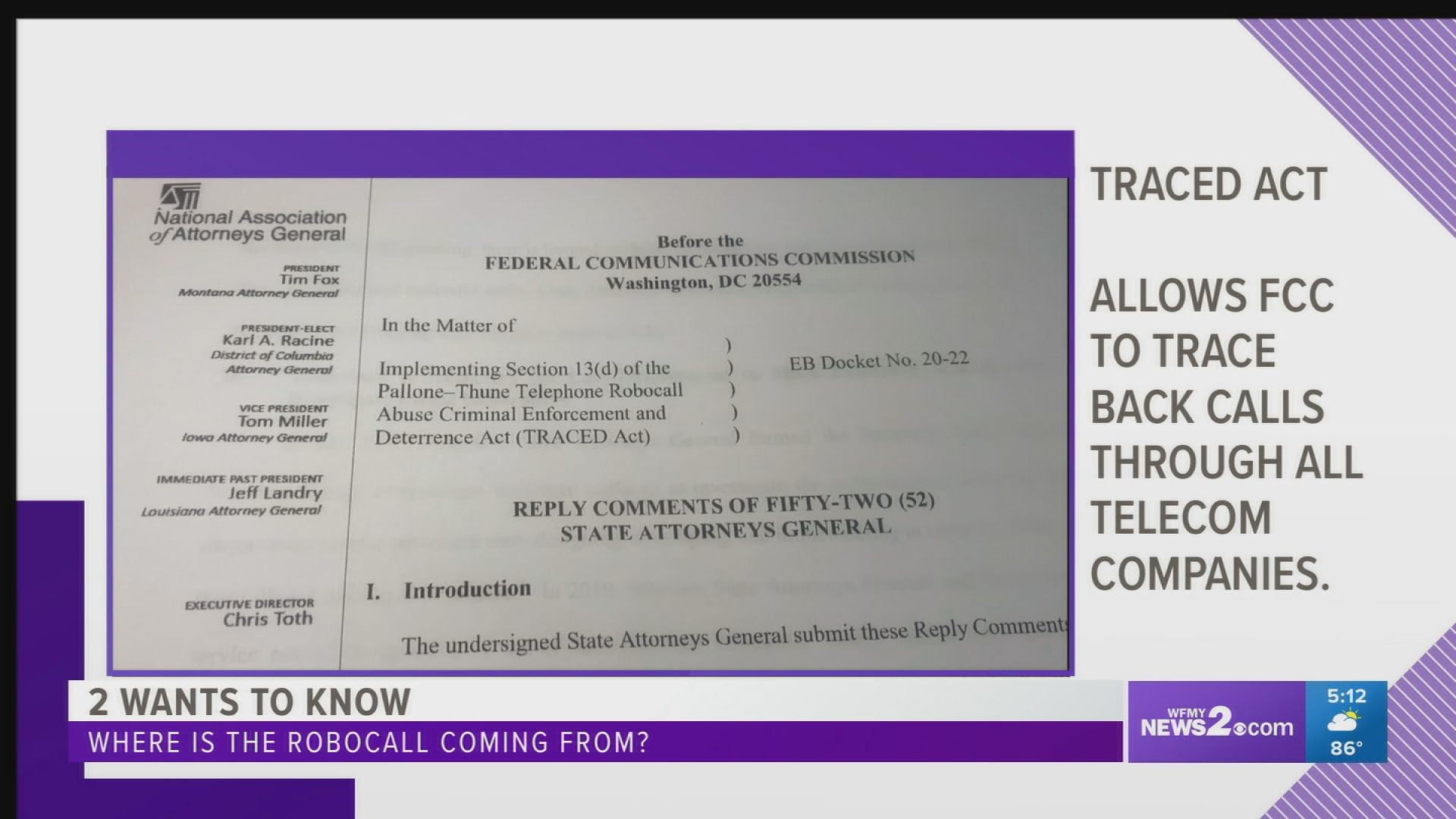 GREENSBORO, N.C. — You get a robocall on your phone, but because of technology, the phone number looks local. Really, it could be local or coming from across the pond. If you can't track the bad guys down, you can't stop them.

“We can't hold these criminals who make these robocalls accountable without the help of the telephone companies. We need their help to trace back (the place) of origin. We need the FCC's help to force the companies to do more,” North Carolina Attorney General Josh Stein said.

RELATED: Robocalls are a victim of COVID-19

RELATED: Tired of robocalls? Time to cash in on them

RELATED: Report Robocalls: Your information can help stop them

Stein and the Arkansas attorney general wrote a letter to the FCC, asking them to ramp up a measure called the TRACED ACT. The measure allows the FCC to trace back calls through several telecom companies, which right now, is for the FCC’s use. The AGs want the companies to have to work with the states to trace back the calls their consumers are getting most.

“There are billions of calls that are an annoyance to most of us, but they are a source of harm and fraud on the most vulnerable. One person lost $240,000, their entire life savings. We have to protect those people.”

RELATED: Four reasons you didn't get your stimulus payment & what to do about it.

RELATED: Fake masks & PPE? Three friends figure out how to be a part of the solution.

RELATED: 'I thought it was junk mail' | Stimulus debit cards don't look like you think they would

2 Wants To Know will keep you updated on this progress, but here's an interesting side note-- all 52 Attorneys General signed this letter-- it is a bi-partisan measure.