For this edition of The 208 Redial, we're looking back at the incredibly fast electric bar stool made by Chuck Meissner. 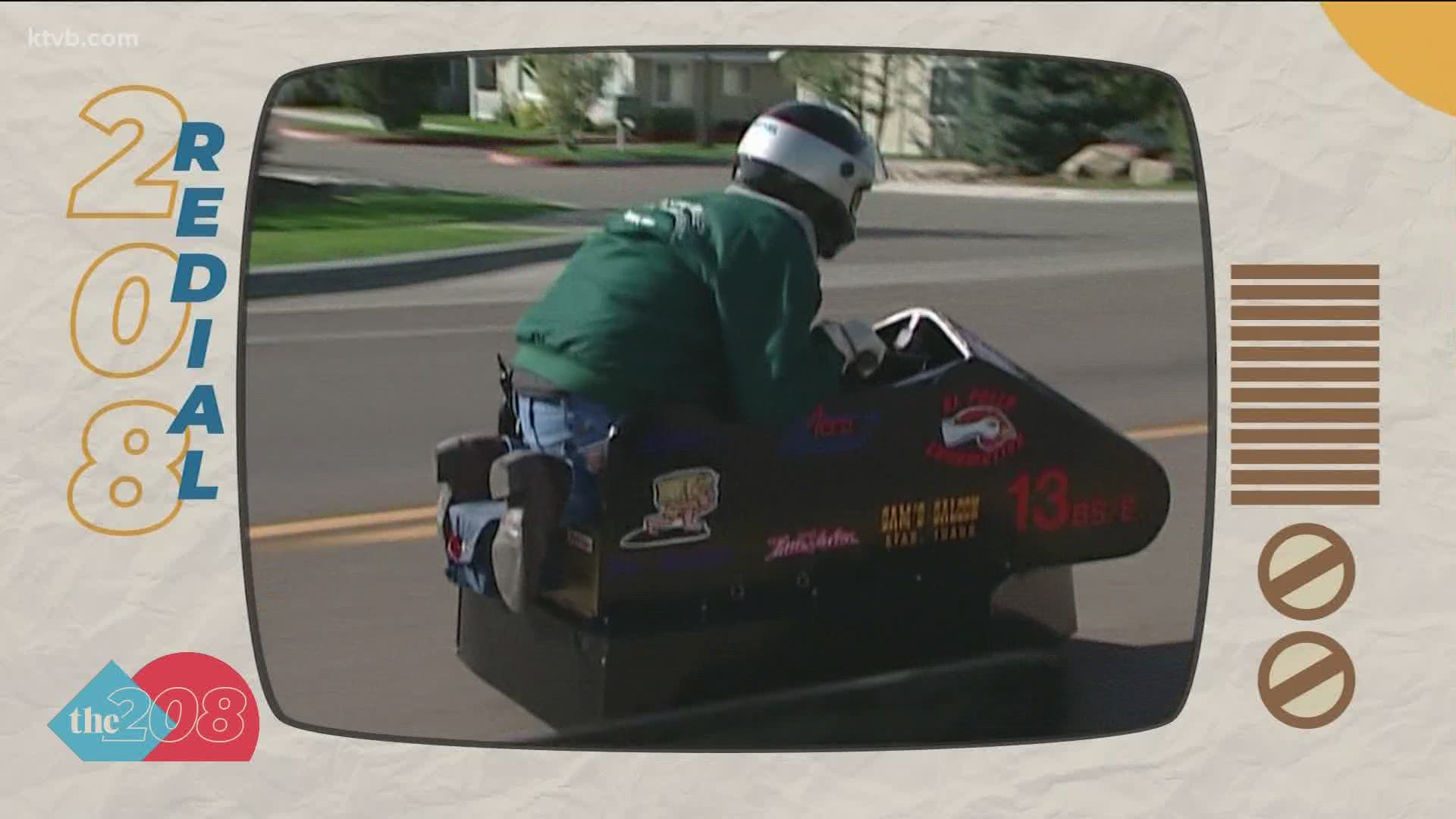 BOISE, Idaho — After three unusual, chaotic days at the Idaho Capitol, the special session called by Gov. Brad Little is over and lawmakers are heading home.

Each day saw groups of protestors sitting in on the session with multiple people being arrested. Among those arrested was anti-government activist Ammon Bundy, who was arrested twice in 24 hours for trespassing and resisting arrest.

On Tuesday morning, however, photos surfaced of Bundy being wheeled out of the Statehouse in a swivel chair.

Credit: Ryan Suppe/The Idaho Press
Ammon Bundy was taken into police custody on Tuesday, August 25, after refusing to leave an auditorium in the Idaho statehouse.

That swivel chair reminded us of a chair, or stool rather, with the ability to transport anyone outside and onto the streets. For this edition of The 208 Redial, we thought we'd look back at that innovative design.

Chuck Meissner took a stool from Sam's Saloon in Boise and created an electric-powered bar stool with the help of some friends.

Meissner's creation was once the fastest electric barstool in the world, climbing up to 44 miles per hour. In 2011, however, Jan Lee Mertinak Jr. beat that record by reaching 55 miles per hour.

Dial it back with more 208 Redials:

See all of the latest episodes of the 208 Redial in our YouTube playlist: