Get to know Idaho: Moon walking in Idaho

Before they ever stepped on the moon, a few astronauts came to Idaho to Craters of the Moon for training. 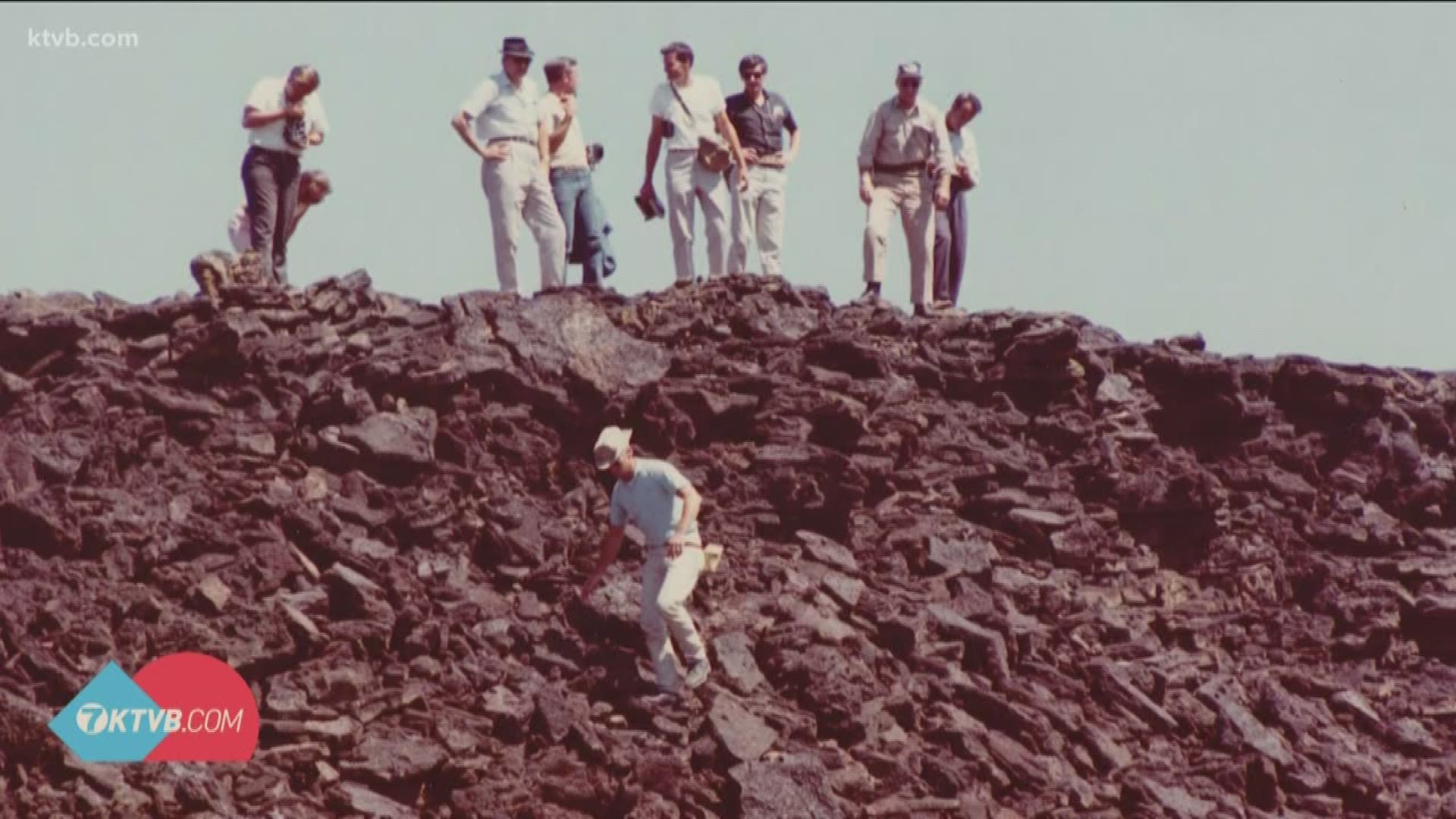 CAREY, Idaho — Fifty-one years ago, NASA's Eagle lunar lander touched down on the surface of the moon, and Neil Armstrong became the first human to step on the moon.

Armstrong and Buzz Aldrin walked on the moon for two-and-a-half hours and collected nearly 50 pounds of moon rocks and soil for scientists back here on Earth to study.

Ten more American astronauts would follow in their footsteps over the next three-and-a-half years.

But before they ever stepped on the moon a few of those astronauts came to Idaho to Craters of the Moon for training.

It was August 22, 1969. Apollo 14 astronauts visit Craters of the Moon in Idaho, posing for a celebrity-like picture.

"They were huge celebrities because we had just landed on the moon and people were pretty excited about it," said Ted Stout, Chief of Interpretation and Education, Craters of the Moon National Monument and Preserve.

"There was a lot of media out here that day. It was a very exciting time for Idaho. People came from all over to see the astronauts. We had Alan Shepard. He was the first American in space, Edgar Mitchell. He's one of 12 men who walked on the lunar surface, Joe Engle who was a space shuttle pioneer, Eugene Cernan, who turned out to be the last man on the moon during the last Apollo mission. We really did have an all-star cast of astronauts out here."

With one moon mission already under its belt, NASA felt these men might someday be walking on the moon, too -- and have the rare opportunity to collect samples of different rocks.  So they sent them to Craters of the Moon in Southern Idaho to learn more.

"They came here specifically to learn more about volcanic geology because these guys were test pilots and such," Stout said. "They didn't know anything about rocks. They wanted to make sure that they could pick out some good ones to bring back here to Earth."

Since only a limited amount of moon material could be brought back to Earth, it was imperative the astronauts know enough about geology to collect the most scientifically valuable specimens.

"It's still one of the best places on the planet to learn about volcanic geology," Stout said.

All the astronauts but Joe Engle would go on to walk on the moon.

And in a National Park Service video, Edgar Mitchell and Eugene Cernan talked about its similarities to Craters of the Moon. The two men revisited Craters in 1999 to commemorate the park's 75th anniversary.

"If I could take all the vegetation out of the Craters of the Moon, I think there would be a very similar feeling. The vastness of it, just the simple vastness, emptiness of it all," Eugene Cernan said in 1999.

"It has this peculiar, eerie beauty, like these flows do here that are magnificent. I mean, they excite your imagination," Edgar Mitchell said in 1999.

And while the 1969 visit lasted only a few hours, Park Ranger Ted Stout said it sparked a lasting relationship with NASA that continues to this day.

"Since that time we've had researchers from NASA out here on an annual basis coming out to look at the geology," Stout said. "What they've decided is really that we're a little bit more related to Mars than the moon.  And since we're very interested in going to Mars at this point, we're a great analog for many of the different volcanic features they're finding on Mars."

Cernan was the last American to walk on the moon.

His last words spoken on the moon, "We leave now as we once came, with peace and with hope for all mankind."

RELATED: Not just a summer destination, Idaho's Craters of the Moon offers 'surreal' winter fun too

RELATED: Mars secrets unlocked at Craters of the Moon

See all of the latest episodes of KTVB's newest show in our YouTube playlist: