Azrella Parker has been fighting leukemia for most of her life but she's now ready to start a new beginning. 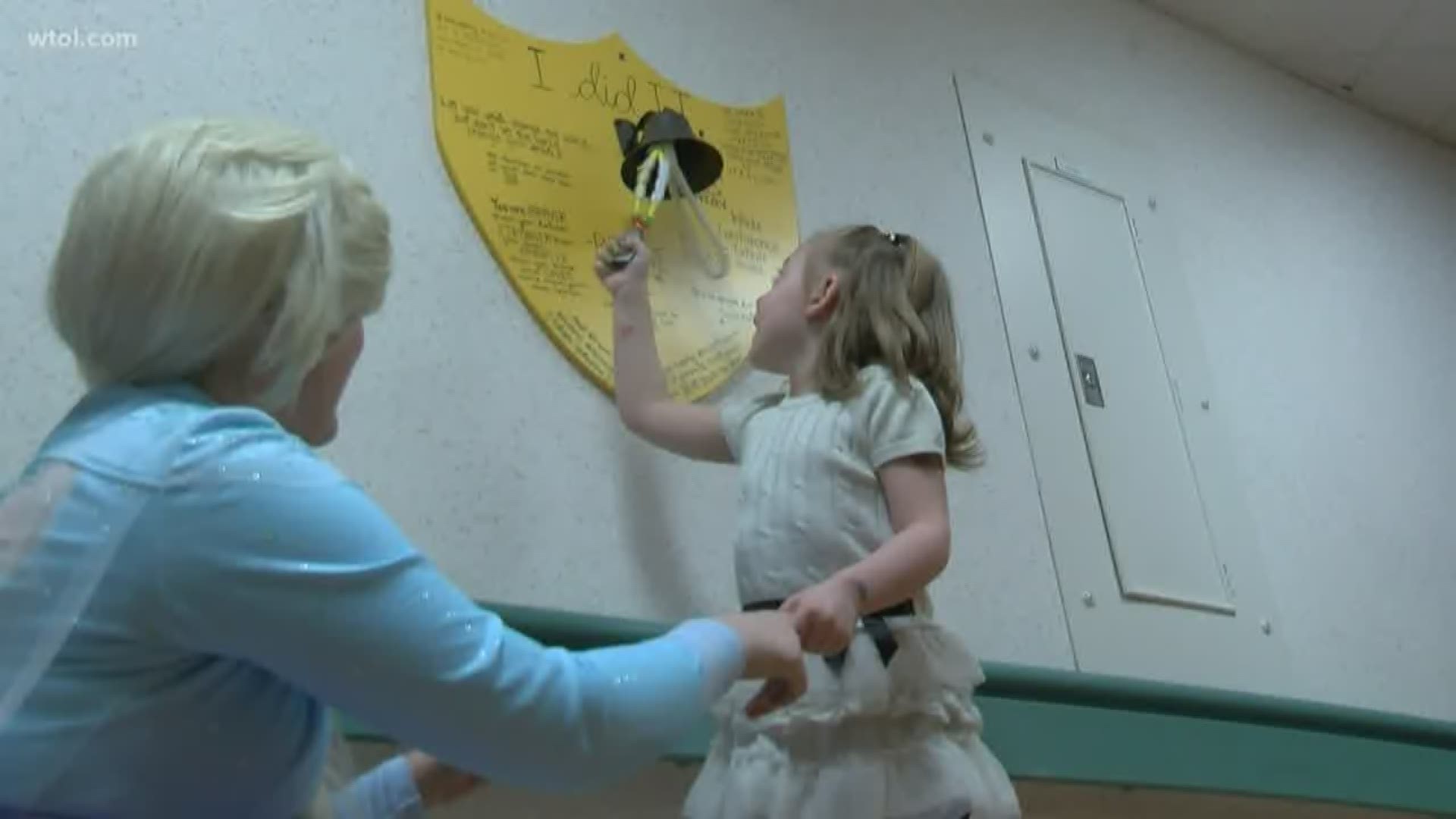 TOLEDO, Ohio — Thursday marked a huge milestone for a three-year-old little girl who has been battling cancer for most of her life.

Azraella Parker finished her last round of chemo after doctors diagnosed her with leukemia at about 15 months old.

It's been a tough road to recovery, but she's managed with the support of her parents and Mercy Children's hospital.

"They don't understand. You know, they just know that a strange person is coming in and hurting them. You know, at least with an adult you can kind of get a plan and go into it as a warrior. Children don't understand that," said Kathleen Nowalk, who is Azraella's nurse at Mercy Children's Hospital.

"A lot of chemo, surgeries for different ports. A lot of medications, spinal taps and stuff. It's been really hard. I know the first year, we pretty much spent in the hospital the whole time," added Downing.

Azzy as she's known, was the first to ring the new "Rope for Hope bell" after finishing her last chemo treatment.

"We have thought about this for so long. Promised myself I wouldn't do this. Just to have the community support and, I do I bring it home, it's something that's a part of me. It's my soul, so this is just such a victory," said a tearful Nowalk.

Azzy has spent most of life in the hospital, which has kept her from doing the things kids her age regularly do.

However, her parents say Thursday rings in the start of a new beginning.

"I can't take back the past but definitely gonna make it the best future for her I can," added Corey Parker, Azzy's dad.

The bell is the first for Mercy Children's Hospital.

It was donated by the Sylvania Northview High School girl's soccer team.

RELATED: James Lipton, 'Inside the Actors Studio' host, dead at 93