While Arkansas' vaccination rate is one of the lowest in the country, the state reaching the 40% mark is a sign that things are trending in the right direction. 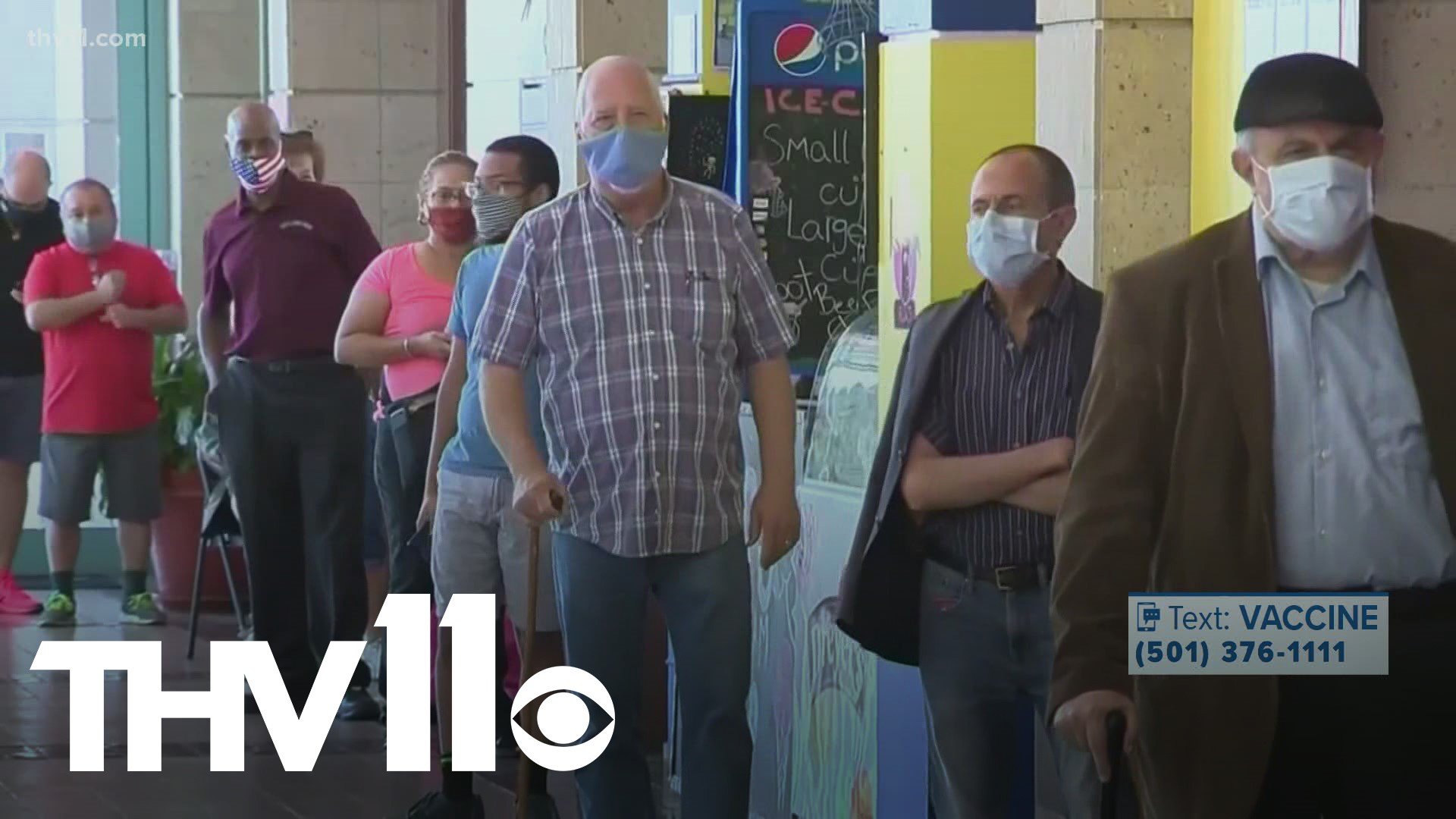 LITTLE ROCK, Arkansas — While many states throughout the country have more than 50% of their population vaccinated, Arkansas has been slow to catch up.

On Friday, Arkansas reached a 40% full vaccination for people 12 and older.

More than 14,000 vaccine doses were given in a single day on Friday. That's the highest increase in weeks.

"I think a lot of people are scared," Anne Pace, owner of Kavanaugh Pharmacy, said.

She said in the past two weeks, she's seen a dramatic increase in people coming in to get vaccinated.

Just this week, we've seen 17,000 more Arkansans get their first dose. 10% of people are partially immunized in the state.

Pace said she is seeing a lot more people coming back to get their second shot, even months after their first dose.

"It's interesting. Sometimes people feel a little sheepish coming back in to get their second dose," she said. "But we don't think anything of it and just are happy they are coming in for their second dose."

With more people debating on whether or not to get the vaccine, Anne said  it's normal to have questions and that any pharmacist or doctor would be happy to answer them.

"You know, out of every 30 people, I'd say 10 of those have a good amount of questions they want to ask," she said.

In the past two weeks, they've seen twice as many people getting tested for the virus and around one-fifth are testing positive.