Nearly a quarter — 22% — of U.S. arrests came from the New Orleans division, working in Louisiana, Mississippi, Arkansas, and Alabama. 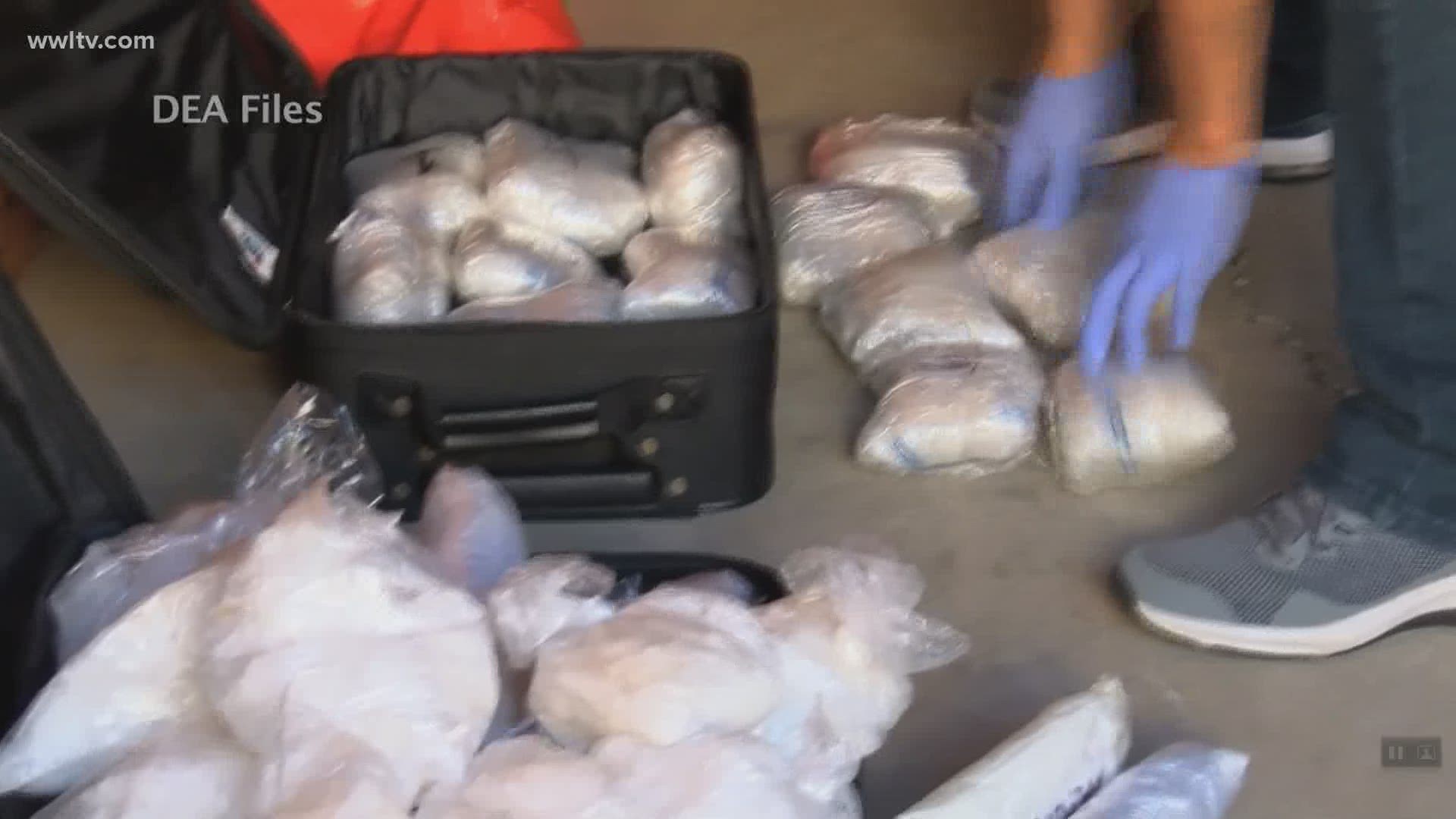 NEW ORLEANS — Drug enforcement agents say they've been seeing a big increase in the highly addictive drug methamphetamine, and they have made hundreds of arrests in Louisiana, Mississippi, Arkansas and Alabama area since late February.

Drug enforcement agents are speaking out about a national methamphetamine trafficking operation, one that has been very active in the New Orleans area.

It’s led to hundreds of arrests, and doctors say they are seeing meth addictions on the rise first hand.

“We're targeting, and we're going after the Mexican cartels that are benefiting from the methamphetamine trade,” said Byerley.

In the last several months, DEA agents in the New Orleans field office, have been part of Operation Crystal Shield, a national operation to go after methamphetamine traffickers and dealers.

“We're seeing a lot more of the methamphetamine seizures now than we have last year,” Byerley said. “A lot of it was already smuggled into the United States and was sitting in these transportation hubs. Then when they began shutting the boarders down because of COVID-19, they began needing to supply all the other distribution centers.”

“Well, just to eliminate any confusion, any time you have drug trafficking you're going to have violent crime, and numerous studies have shown — particularly with methamphetamine — there's a predominance for violence,” the DEA Special Agent in Charge said.

In six months, agents out of the New Orleans DEA office made 411 arrests and seized 723 pounds of the drug and $4 million in cash and other assets, including 23 guns.

Nearly a quarter — 22% — of the U.S. arrests came from the New Orleans division since February.

A psychiatrist with the Jefferson Parish Coroner's Office said there is a significant rise in people they are seeing who are addicted to meth. Tulane addiction medicine physician Dr. Ken Roy says he’s seeing the same.

“It's just horrible. It destroys people in just a matter of weeks. The effect of one dose of methamphetamine is 100 times — 1,000 times the reward that people feel than when they use cocaine,” said Dr. Roy.

Metropolitan Human Services District has a 24-hour crisis line at 504-826-2675 for addiction and mental illness help.