A Little Rock mural standing for injustice suffered an injustice of its own. The artist is now repainting the mural to make sure the message isn't covered up. 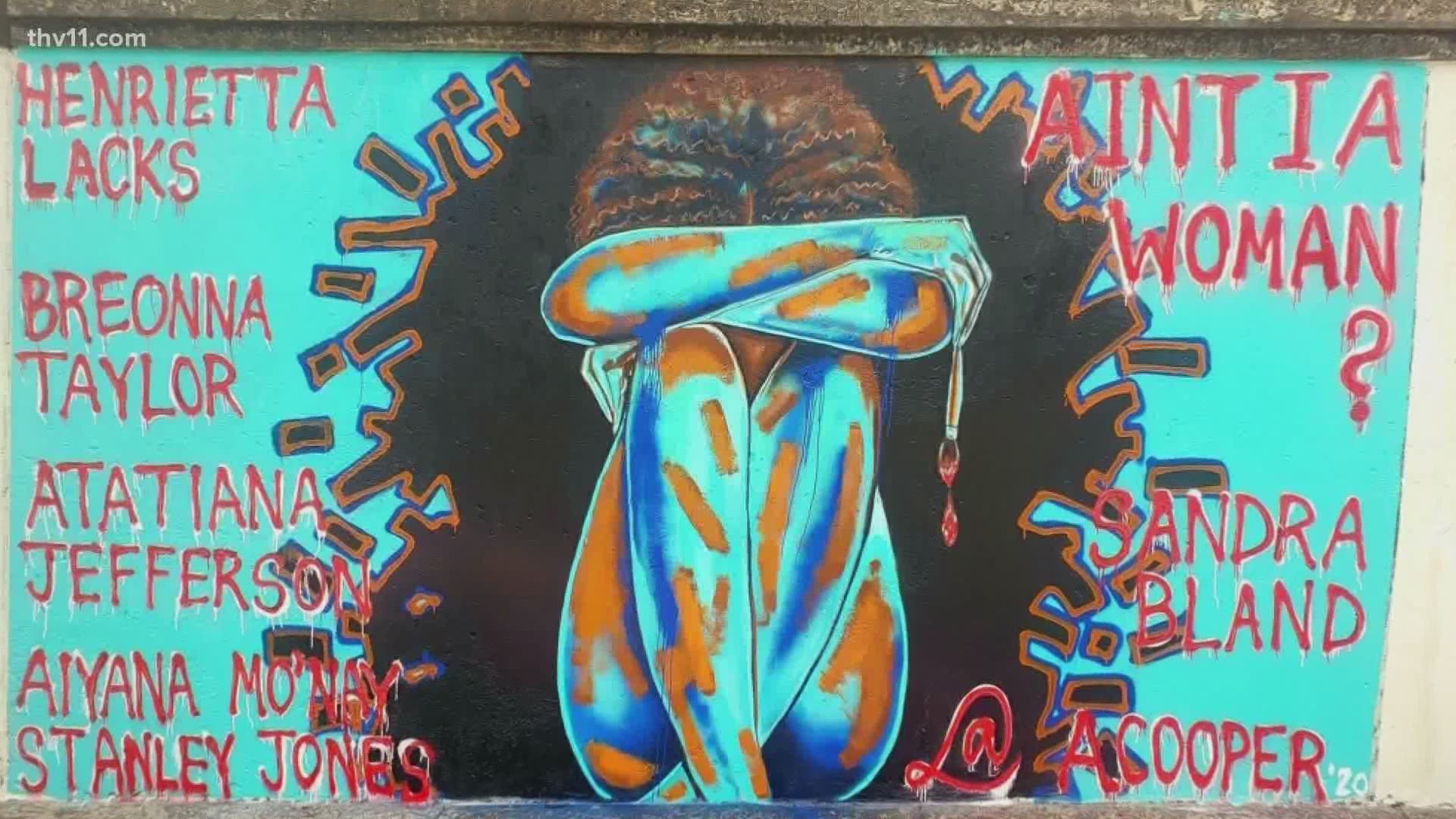 LITTLE ROCK, Arkansas — Adaja Cooper is painting a mural on 7th Street in Little Rock for a second time. She finished the mural last Sunday, but by Wednesday, someone came and covered it up with black paint.

"It was devastating. I'm still a little upset about it. More angry than sad," said Cooper.

Cooper said she doesn't know who vandalized her mural. The vandals also painted on the neighboring mural.

Her mural titled, "Ain't I A Woman," was her way to highlight injustices that she sees in the world.

"I want it to mean something for Black female empowerment, and so the names that would be on [the mural] are Black women who have been affected by the medical system and by police brutality," said Cooper.

Many making sure she had enough supplies to put her art back on the wall, and showing that love conquers hate.

It's just one person that did this. For hundreds of people to be affected, want to help out, and want to see the mural again is extremely amazing. I'm overwhelmed with joy because of that," said Cooper.

Cooper said it will take her a couple days to complete the mural.