A look at the Little Rock Police Mounted Patrol Unit

Around downtown, you may see police patrolling, including officers on horses. It's a part of the job that's not as familiar to the public. 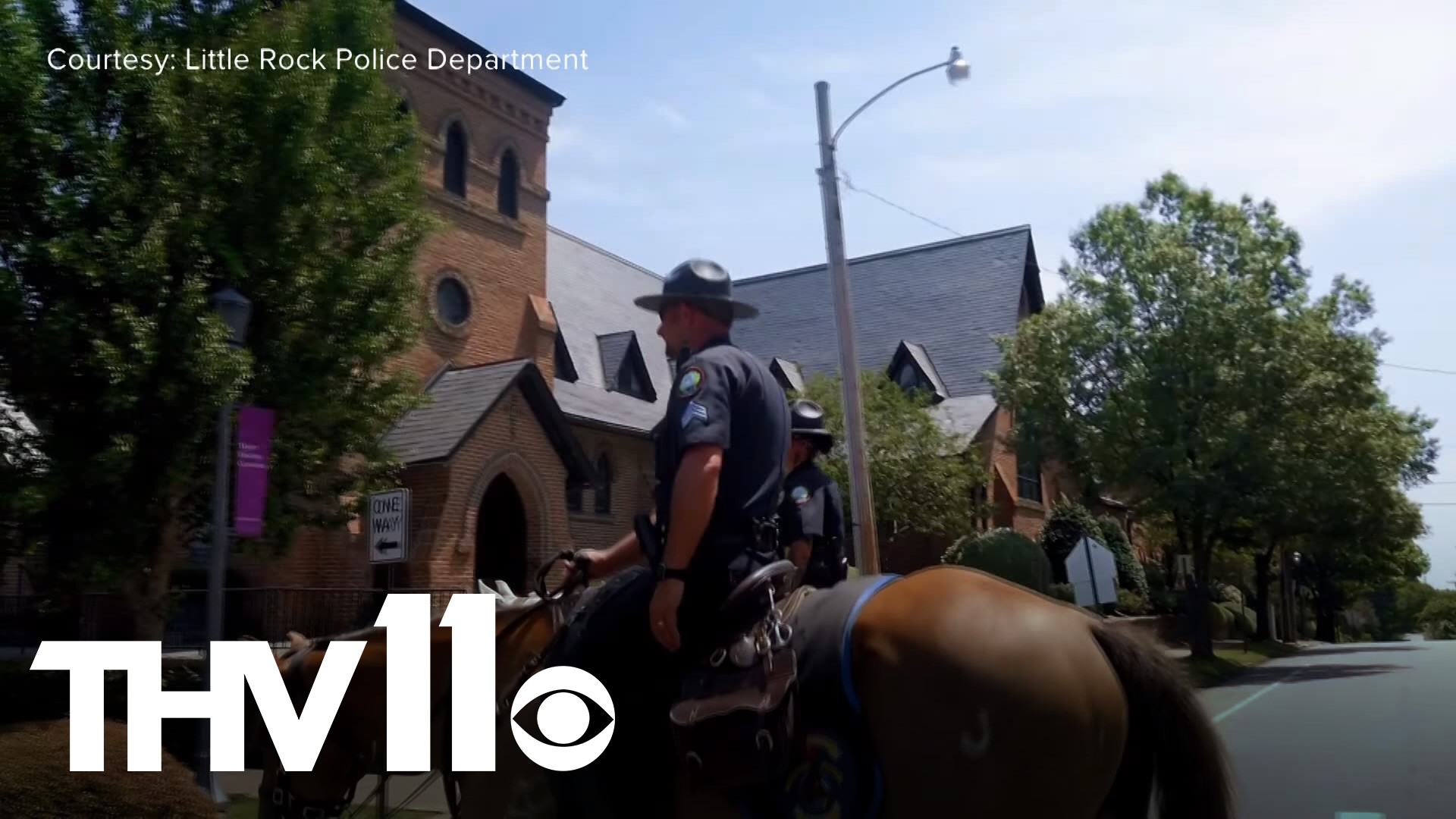 Sometimes, Little Rock police can be seen riding horses around certain parts of the city. It's a part of the job that's not as well known to people. It's the LRPD Mounted Patrol Unit.

Five horses are a part of the division, including Punch, Jay, and Clem. Clem is the oldest.

The horses do everything from patrolling parts of the city to doing events and fundraising.

The mounted patrol officers will still respond to trouble if they are in the area, however, there are limitations to what they can do.

"We don't answer a lot of the calls the patrol officers get, which is going into the buildings and whatnot since we don't tie up our horses outside while on a call," said Officer Vincent Lucio.

As the horses get older, like any officer, they retire from the force.

Clem will turn 24 soon, and he will move on to the next chapter in his life.

Clem will be auctioned off in March next year, and police tell us that most of their retired horses go to therapy ranches.

Officer Stanchak will soon begin training with a new horse to carry on the duties of the mounted patrol unit.

"It's going to be sad to see him go. He's such a good horse. We want to make sure that he maintains a good quality of life," said Officer Stanchak.

"As sad as it is to see him go, that means I will start developing a new bond with a new horse and I look forward to it," said Officer Stanchak.