Satellite images add context to the destructive power of tornadoes that ripped through Middle Tennessee. 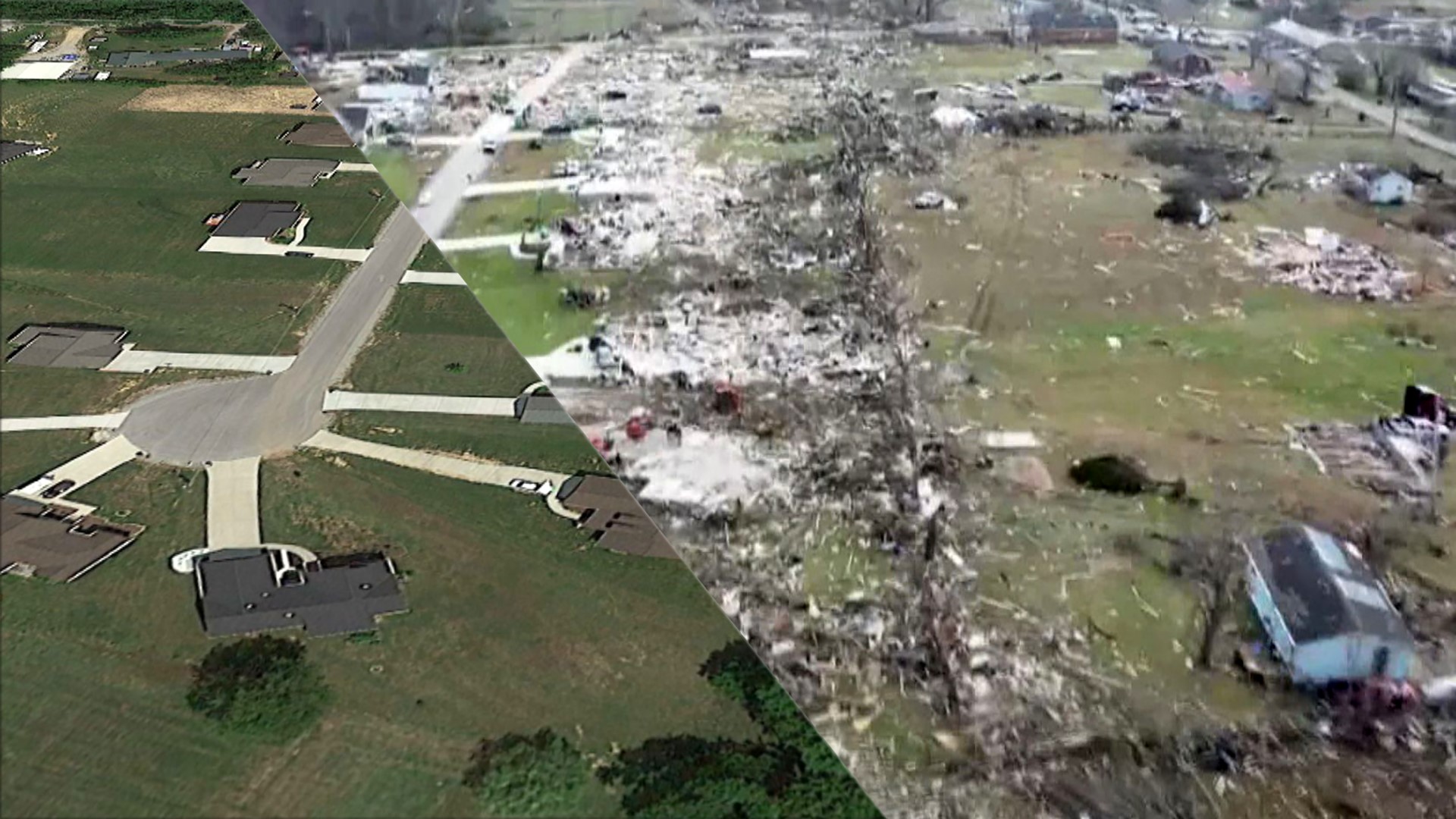 KNOXVILLE, Tenn. — The tornadoes that ripped through Middle Tennessee transformed the landscape into something unrecognizable compared to aerial images taken before the storm.

In Putnam County, the tornado touched down near Baxter and followed U.S. 70 into Cookeville.

Drone footage shows the EF-4 tornado's path through a subdivision near North McBroom Chapel and Echo Valley.  All the houses are leveled on one side of Hensley Drive, a short residential road that dead ends at a cul de sac.

The National Weather Service said it leveled at least 20 homes down to their foundation with winds up to 175 miles per hour.

Google Earth images from the same angle of Hensley Drive show a line of homes with lush green yards, just a couple of blocks from the public swimming pool at Echo Valley.

Credit: WBIR
Google Earth aerial imagery shows what Hensley Drive looked like before it was demolished by an EF-3 tornado.

Nearby Charlton Square has a distinct sharp curve in the neighborhood.  The destruction surrounding the bend today is very different compared to the scene captured in aerial photographs of a residential area filled with homes featuring pools in their back yards.

Around 20 miles east of Nashville, a tornado hammered a neighborhood in Mt Juliet just across from West Wilson Middle School, which also sustained major damage and is closed for the rest of the year.

Credit: WBIR
Drone footage shows where a tornado ripped the roof from the YMCA building in East Nashville.

In East Nashville, drone footage showed the roof ripped from the YMCA. Aerial photos from before the storm show the YMCA was topped with a distinctive tower that peered above the roof and skyline near Five Points.

Credit: WBIR
Google Earth imagery shows an aerial view of the YMCA building in East Nashville prior to tornado damage.

The landscapes throughout Middle Tennessee will require a lot of work to eventually make the current scenes of destruction the "before" photos of a massive rebuild.

RELATED: Mar. 4, 2020 - 'No walls, no roof, nothing around us': Cookeville residents pick up after the tornado