Popular Arkansas beers like Bluewing Berry Wheat may become harder to find if can manufacturers continue to not be able to keep up. 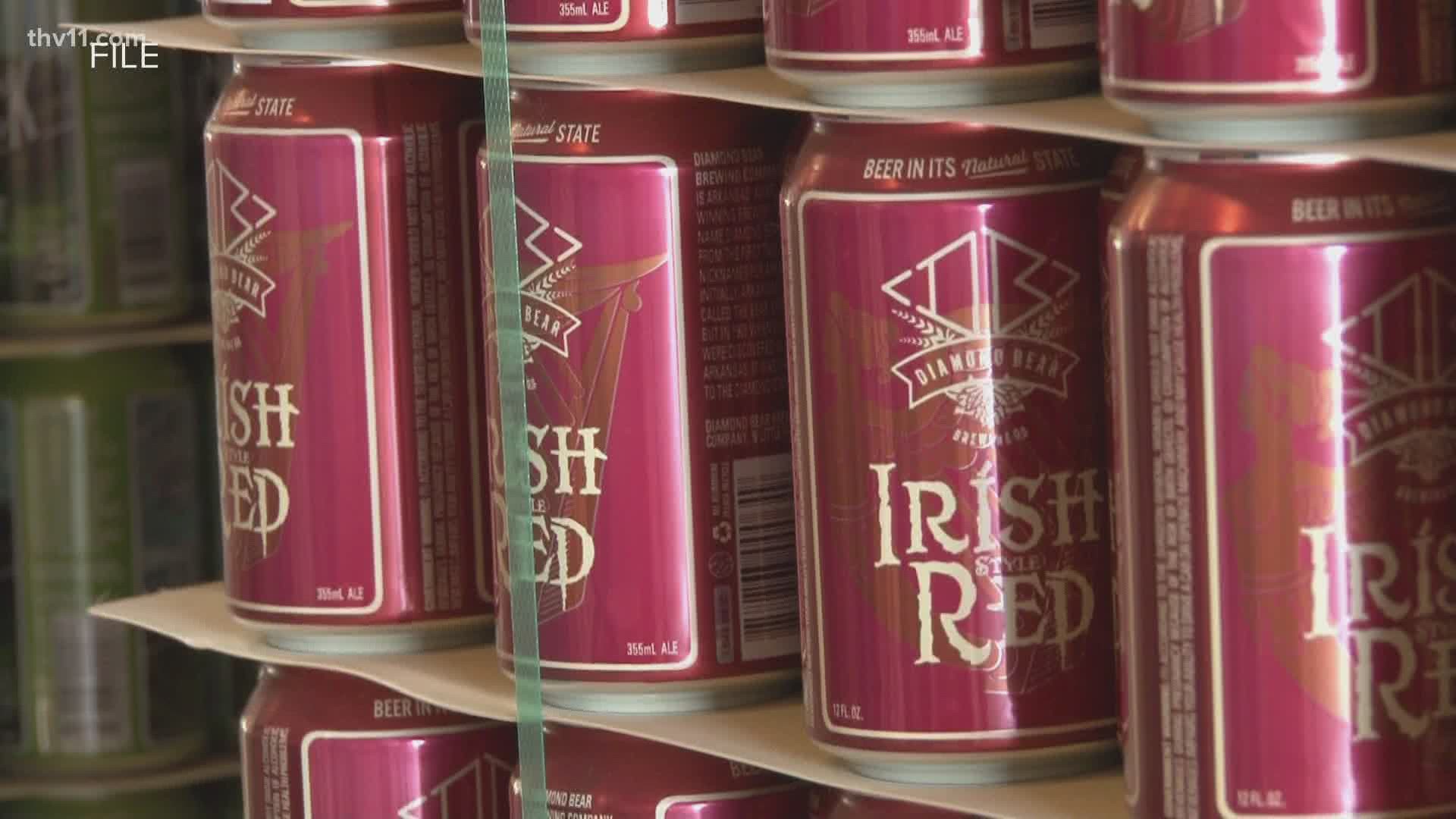 LITTLE ROCK, Ark. — A national shortage of aluminum cans is causing some local breweries to pause or slow production on some of their most popular beers.

First, it was toilet paper, then hand sanitizer— now, it's aluminum cans.

"We have plenty of draft, we just don't have the cans to put it in," Russ Melton said.

Russ Melton is the president of Diamond Bear Brewing Company. The can shortage is causing him to pause production on his most popular products.

"We were supposed to get our cans early July and we had to move our production to September first now," Melton said.

This means it may be harder to find your go-to beers in the future. He also said most manufacturers will only sell by the truckloads, which is expensive for small brewers like Melton himself.

"I understand and I'm just sitting it out until all of our distributors can try and communicate to our customers that our strawberry lager will not be available," he said.

Jess McMullen is the owner of Flyway Brewing, where he's also having the same problem.

"We've had 30-60 day delays on some of our cans," he said. "Even when you're in the grocery store and the soda aisle, you see that it's just Coke, Sprite, and Dr. Pepper. It's affecting everyone right now."

He believes this shortage is a supply and demand issue. With the pandemic causing people to not dine in as much, people are buying packs of beer instead.

"There's been a lot of record sales months for some breweries that have cans out in the market, so the cans are way up but the taprooms are down," McMullen said.

For the most part, McMullen should have enough supply until his manufacturer can catch up. But, he did slow down production on his more popular beers like Blue Wing.

"We're not out of it yet, but we used to have a pretty good inventory that we've kept all the time but now it's just running really close," he said.

He asks customers to just be patient in the coming months.

"If you see an empty shelf every now and then, know that it won't be empty for long if we had anything to do with it," McMullen said.