Seagoville police said they discontinued the AMBER Alert at 7:15 p.m. April 19 after the two girls were found. 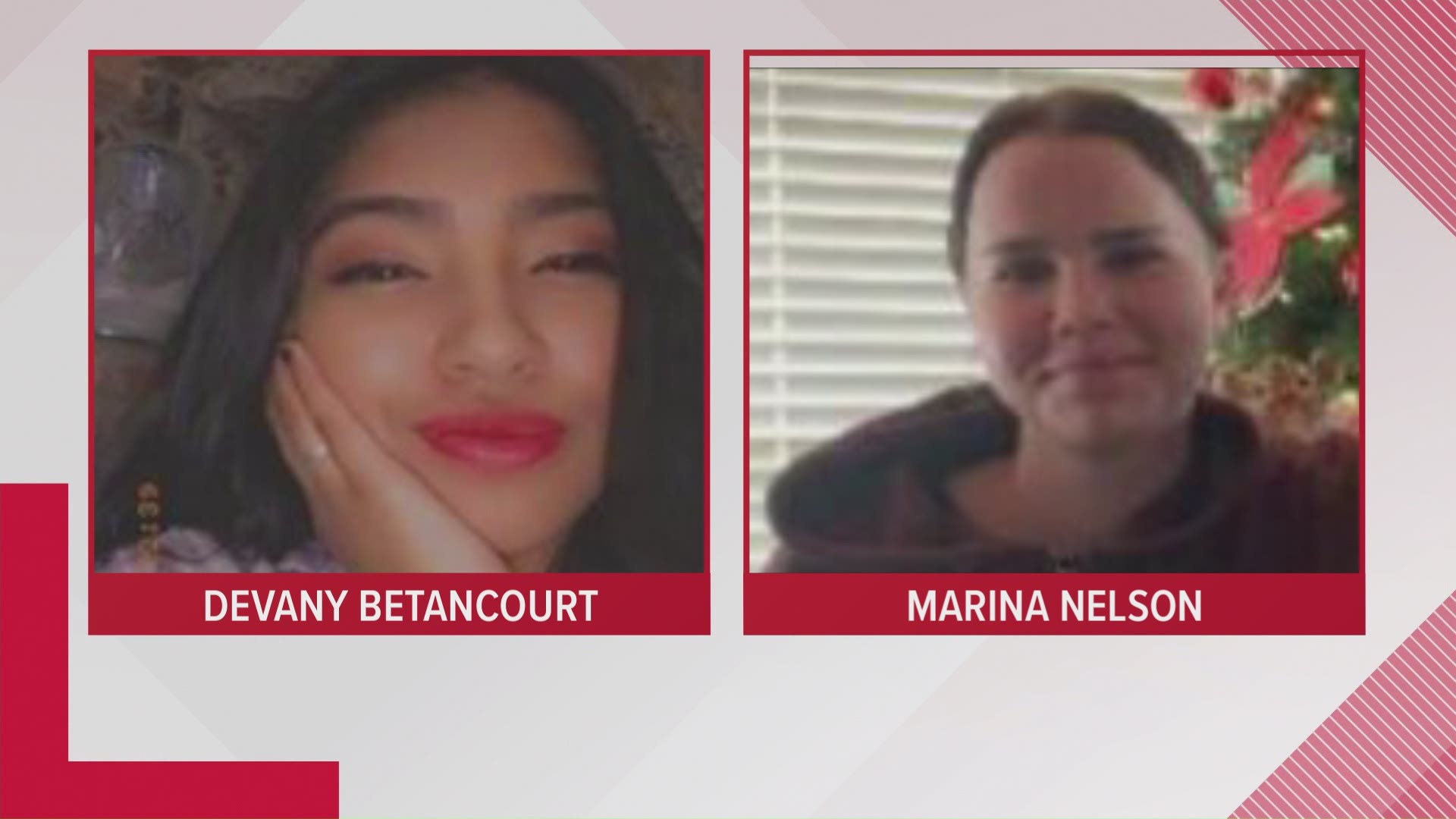 SEAGOVILLE, Texas — This is a developing story and will be updated as more information is received. Seagoville police clarified that the girls were last seen at 2:20 p.m. on Sunday. Updated at 7:52 p.m with information on the discontinuation of the AMBER Alert.

Seagoville police said they discontinued an AMBER Alert at 7:15 p.m. April 19 after the two girls were found.

Earlier, Seagoville police asked for the public's help in the search for two teen girls they believe could be in grave or immediate danger.

An AMBER Alert was issued early Monday morning for Devany Betancourt, 16, and Marina Nelson, 17. Both girls are from Bullard, Texas, south of Tyler, police told WFAA.

The girls were last seen around 2:20 p.m. Sunday at 1724 South Highway 175 in Seagoville, officials said, the site of La Pulga de Seagoville, a local flea market. Police said they are not sure if the girls were taken from the flea market but say that is where they went missing.

Devany's mother let her daughter and her new friend Marina go to the flea market with her music teacher, who is a long-time family friend, Seagoville's Chief of Police Raymond Calverley told WFAA.

Devany has attended the market before with her family, the chief said. She is an avid singer and dancer and wanted to sing and dance at the market Sunday.

Around 2 p.m., the girls got separated from their music teacher. About three hours passed as the teacher looked for them, Calverley explained. Police were then notified at around 8 p.m. that they were missing.

Officials don't have any suspect or vehicle information, but Calverley said they are actively trying to ping their cell phones.

Seagoville police are receiving assistance from other law enforcement agencies in the search.

They're not sure if the girls were taken or if they left on their own, Calverley said, but authorities are now in a crucial time period to find the girls if they are in danger.

Anyone with any information should immediately call 911.