"We provide activities; We exercise them; they get food, water; they get to play in a pool," she said. "We just want them to live a nice, healthy life in their golden years here at Little Rock." 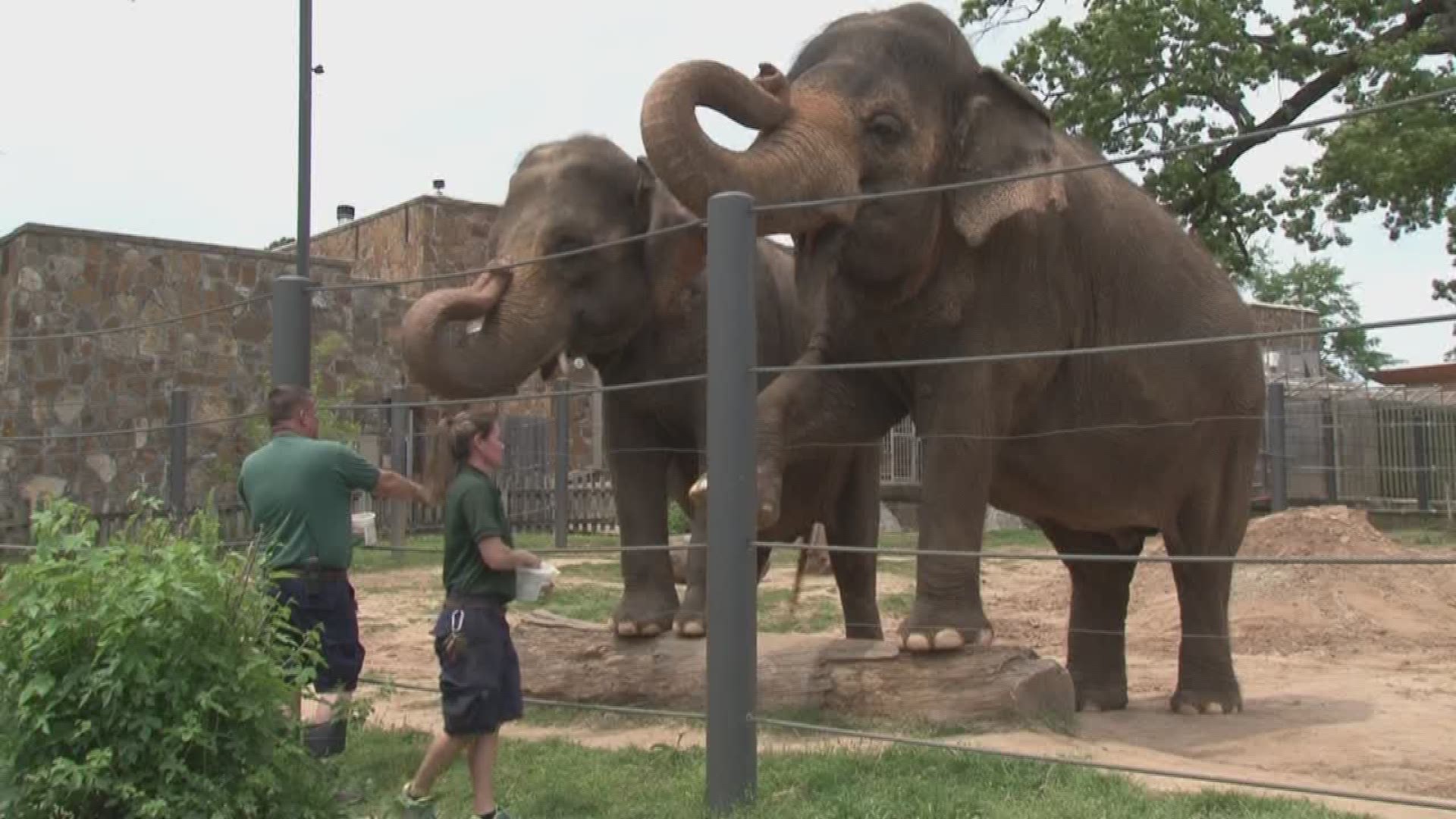 LITTLE ROCK, Ark. (KTHV) - No matter our size or species, it seems no one -- and nothing -- is immune to some of the struggles that often come with getting older.

The Little Rock Zoo is a retirement home of sorts for three aging Asian elephants. Sophie, 49, and Zina, 57, have arthritis.

"A lot of animals can get the same ailments as they get older as people do," said zoo elephant manager Kristin Warner. "One of the biggest ailments we have to deal with is arthritis."

It's an issue zookeepers address with a daily regimen of exercise and medication.

"What we do with our exercise is a lot like aerobics for people, with a little bit of yoga," Warner said.

She and her team walk all three elephants and guide them through stretches in an effort to keep them limber.

Warner described the arthritic elephants' medication as similar to an animal version of "Aleve."

"It's just an anti-inflammatory, anti-pain medication, and it's given once a day and that's all they really need," she said.

Animals tend to live longer in human care as opposed to the wild, so Warner said the zoo takes these measures to help the elephants maintain quality of life as they age.

"We provide activities; We exercise them; they get food, water; they get to play in a pool," she said. "We just want them to live a nice, healthy life in their golden years here at Little Rock."

May is National Arthritis Awareness Month. Nearly 53-million adults have doctor-diagnosed arthritis, according to the Arthritis Foundation. Exercise and medication are among many ways people find relief from the disease.

BONUS #2: Elephants are also known to grieve elephants in their herd that has died. They’ll smell the bones and the bodies and can remember who that elephant was.

One way that the public can come and interact with the elephants is with the Little Rock Zoo’s “Behind the Scenes Tour.”

It’s $50 per person. You come in and Babe will paint you a picture and then you get to give Babe a bath, feed her and have your picture taken with her.

The money from the tour goes to conservation efforts that the zoo supports.

For more information on the Behind the Scenes Tours, click here.