A grocery store in downtown North Little Rock is closing its doors after the owner claims she is losing customers because of the outdoor dining district. 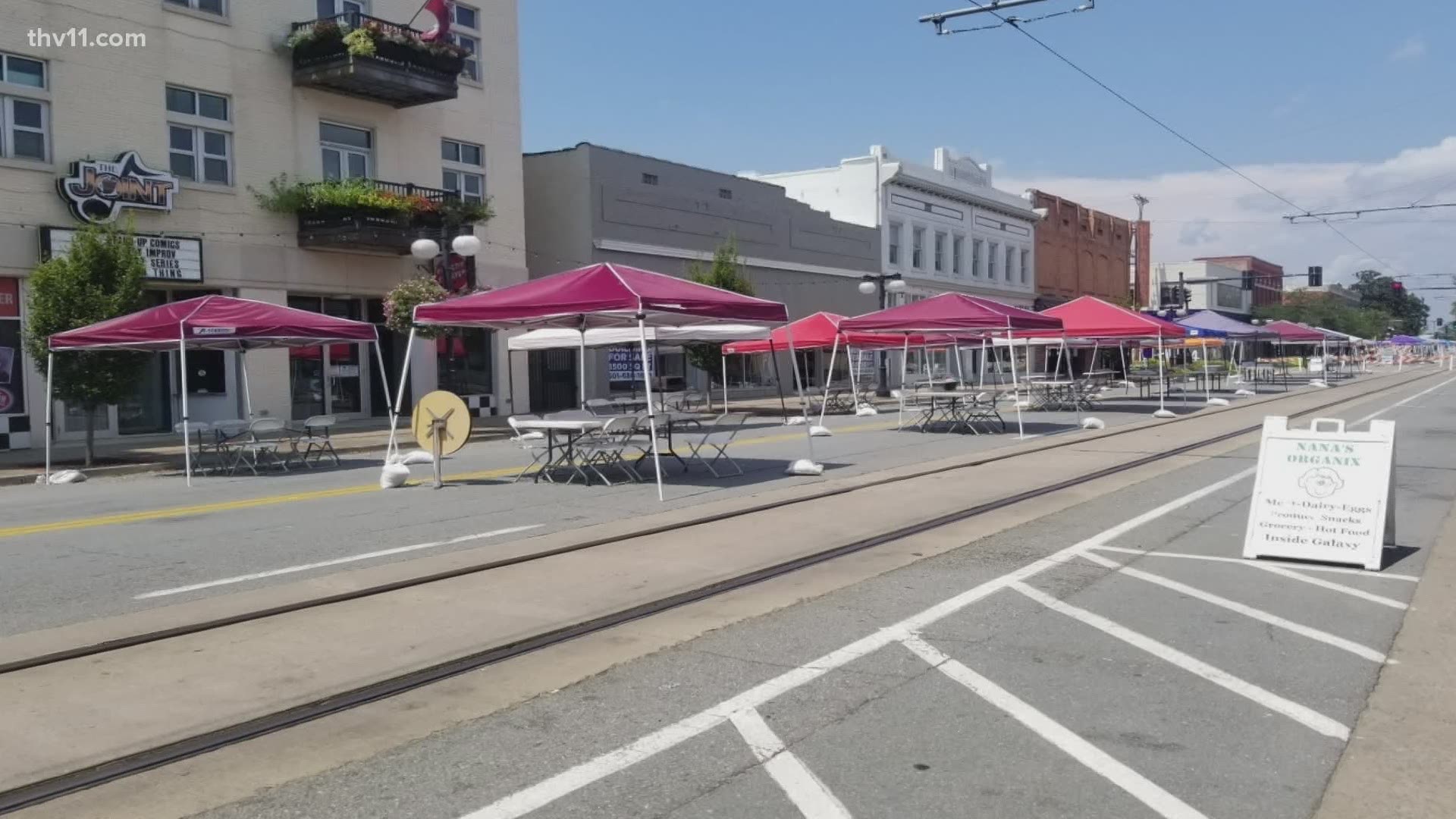 NORTH LITTLE ROCK, Ark. — A grocery store in downtown North Little Rock is closing its doors after the owner claims she is losing customers because of the outdoor dining district on the weekends.

For the past two months, Main Street in downtown North Little Rock transforms into an outdoor dining space on Friday nights and all day Saturday.

"Business has been wonderful for the bars and it's really helped them all," Amanda Wilson said.

But, for Amanda Wilson, owner of Nana's Organix, business has been dying. She just opened the store last year and became the only grocery store in downtown North Little Rock.

"I think a lot of the issue is it looks like Main Street is closed," she said.

Because the entire street shuts down after 1 p.m. on Saturday, she said it is deterring her customers away, which is typically her busiest day of the week.

"Went from doing about 400 to 500 dollars every Saturday to the first day that the streets were closed during the day to 40 dollars," Wilson said.

She said since most people are not using the dining area until the evening, she would instead like to see the street completely open during the day.

"It's really hurt our business to the point I'm going bankrupt," she said.

Chris Kent with the Argenta Downtown Council said. the outdoor dining district is doing great things for the local bars and restaurants.

"Prior to the outdoor dining district, our restaurants and bars were struggling," Kent said. "I'm sorry for them and the trouble they're having with everything."

The district is bringing in an additional 500 people downtown every weekend and despite Wilson's petition for it to closed during the day, Kent said there is no plans to shorten the hours.

"The COVID numbers continue to go up, and it's more and more important to continue to social distance and still be able to make money under the governor's directive and his executive order," he said.

Wilson said if nothing changes, she has no choice but to close her doors.

"This is a time we should come together as a community and I really just wish people would compromise so we could stay in business and they could benefit as well," she said.

Wilson said she plans on closing her doors by the end of the year.

The city plans to keep the outdoor dining district in place through the winter.