Dozens of Arkansans guard Confederate statue at the State Capitol

The group says they are the American Patriot Unit and are guarding the Confederate statue in anticipation of protesters. 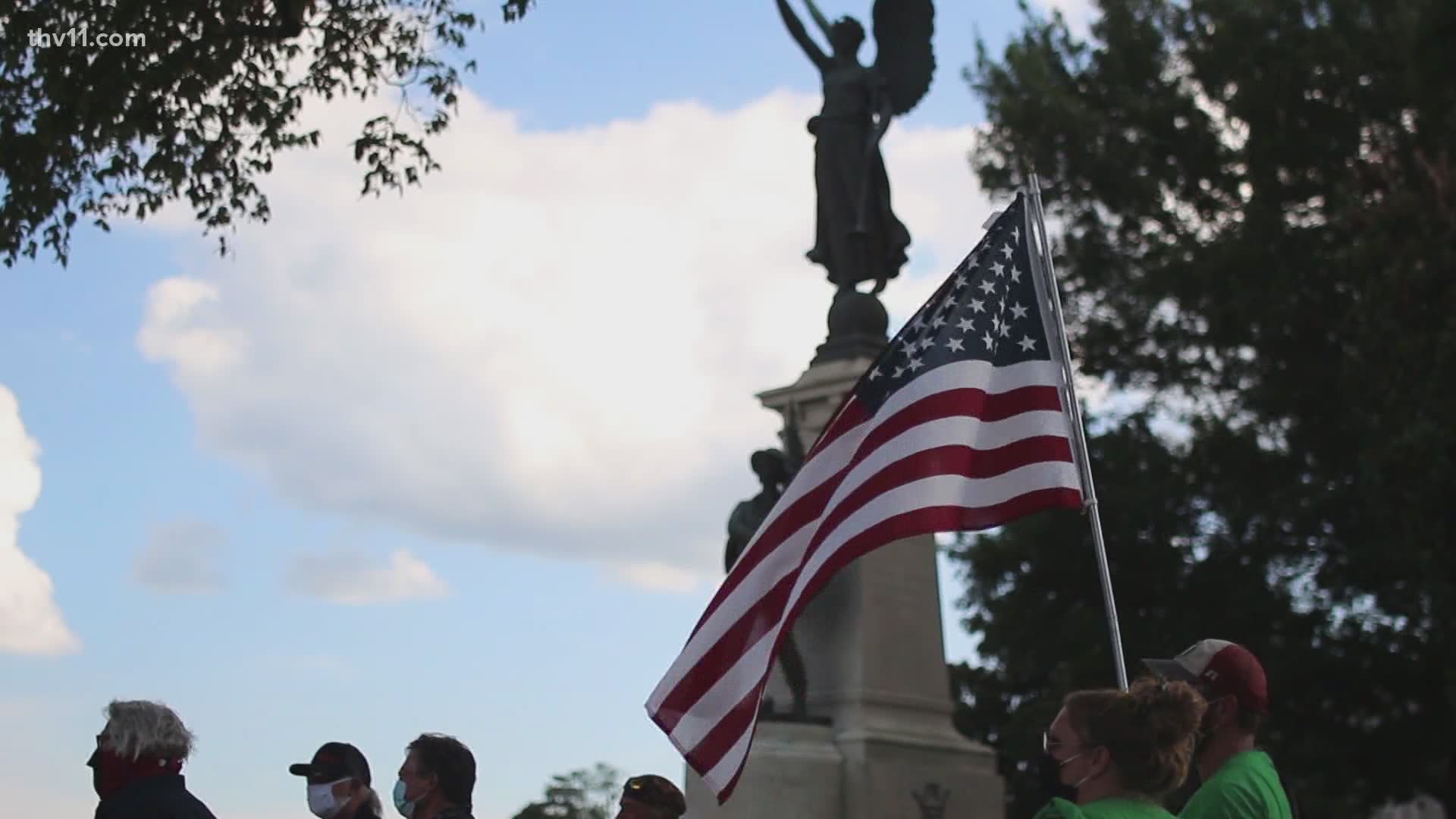 LITTLE ROCK, Ark — Dozens of Arkansans gathered at the Capitol on Saturday evening to protect the Confederate statue.

Some of them said they had been there for hours.

Arkansas State Police arrived and addressed the group, asking them to remain peaceful. The group said they are the American Patriot Unit.

By 7:15 p.m., most of the groups dispersed. Two much smaller groups stayed behind, but remained separated with law enforcement between them.

For the past few months, the Black Lives Matter movement has been working to take down Confederate monuments across the nation.

Earlier this week, fencing was put around the statue on Capitol grounds.

This article will be edited with updates as the situation progresses.