Although Entergy was the one apologizing for turning off the lights, the decision was actually made by a company over 600 miles to the north of Little Rock. 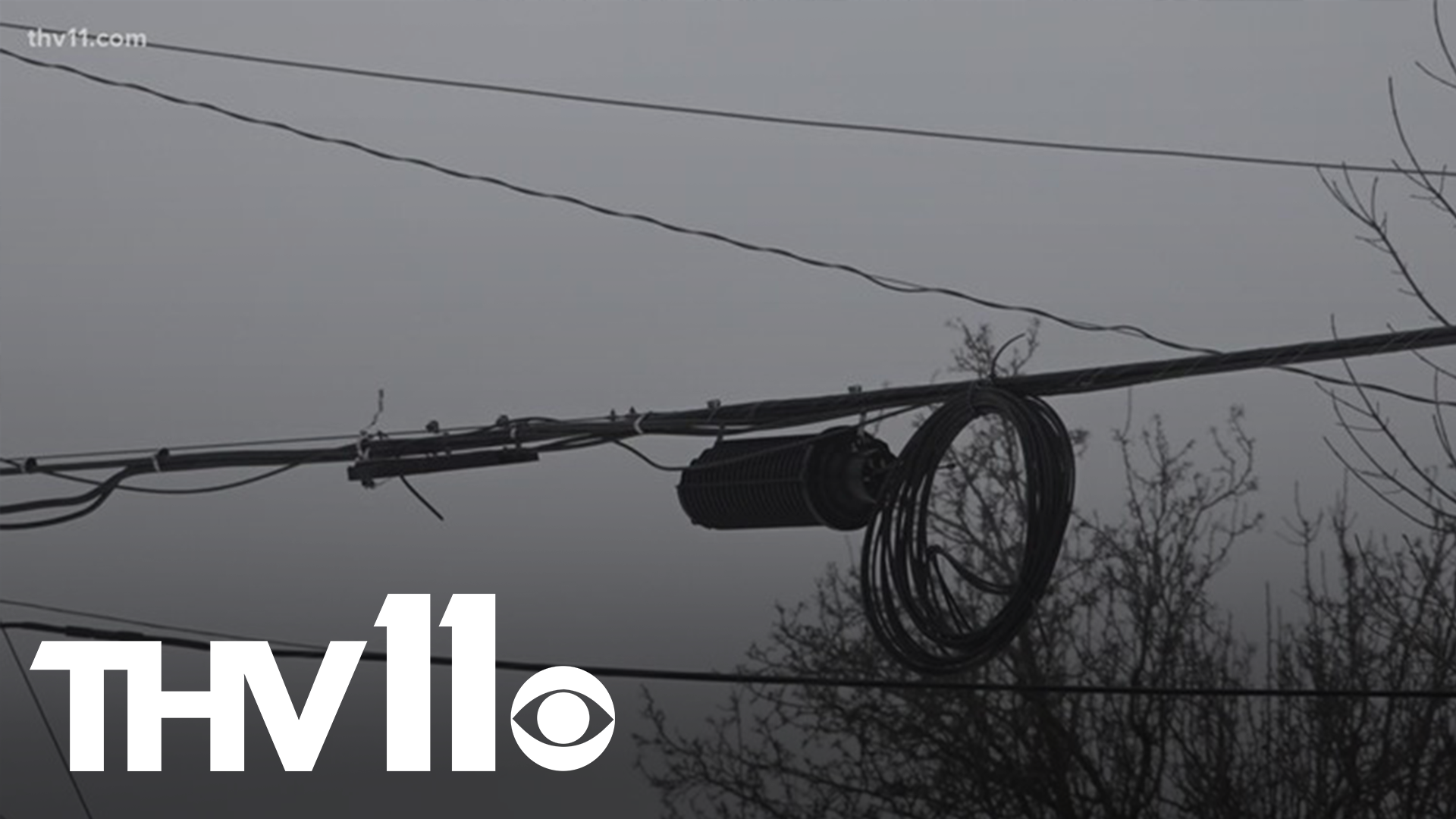 LITTLE ROCK, Ark — After Tuesday night's blackouts, many central Arkansans are wondering why their power was shut off and if it's going to happen again.

Tuesday's blackouts were announced by Entergy after a surge in use.

"In this case, we had to pursue this rolling blackout thing we did last night," Kurt Castleberry, Entergy's Director of Resource Planning and Market Operations, said.

Even though Entergy was the one apologizing for turning off the lights, it wasn't the company's call. That decision was made by a company over 600 miles to the north of Little Rock.

"MISO has a large footprint from the Canadian border to the Gulf of Mexico," Castleberry said.

But, what is MISO?

MISO stands for Midcontinent Independent System Operator, and they own the grid that Entergy uses here in Arkansas.

The reason we saw blackouts last night was because of increased strain on the grid, but the grid is also shared by parts of Texas currently dealing with their own power issues.

"It's much bigger than Arkansas," Castleberry said.

MISO can allocate energy to parts of the board that need it most, which isn't normally an issue when a city or small region needs power.

When much of the south is experiencing record cold and snow, that complicates that.

"It affects the whole footprint," Castleberry said. "Not just folks in Arkansas, but folks from the top of the United States to the Gulf of Mexico."

Another question viewers have been asking THV11 is, "Why are the bigger buildings in downtown Little Rock still lit up?"

Castleberry says that's because they may house critical infrastructure.

"When you saw those buildings lit up and in other places," Castleberry said. "It's just part of the process of going through that. Everybody would take a turn to be out of service and come back then it would be some other circuit's turn."

Ahead of the peak demand this evening, MISO declared emergency actions including instructing South Region members to issue a Public Appeal to conserve electricity between 6-11 pm ET. https://t.co/kABvOb5qev pic.twitter.com/nyZlIhcZsc

THV11 reached out multiple times for a comment from MISO, but was told no one was available.

MISO and Entergy are asking for help again as we get into a busier time for them. Both companies are asking for decreased usage between 5 and 10 p.m. Wednesday night.