To pass the time and work through some of their pain and anger, the women of Wrightsville have turned to dance. 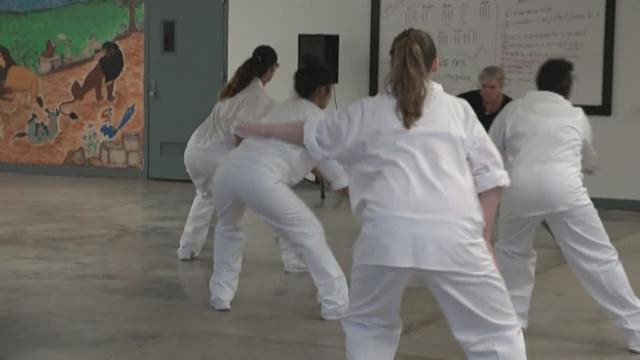 WRIGHTSVILLE, Ark. (KTHV) -- Behind bars isn't a place you expect to see many smiles. It's a sedentary life style with a clock on your back, counting down the hours until time served.

To pass the time and work through some of their pain and anger, the women of Wrightsville have turned to dance. Now they smile.

Class is in session at the Wrightsville-Hawkins women's minimum security prison. Here, in this safe space, there are no mistakes, no lawyers, and no judges. Just dance.

"When we are traumatized in the body, where it lives, it's like a movement wasn't allowed to happen or complete itself. If someone is attacked, if someone is violated, there's a moment of helplessness. That helplessness is terrifying. Then it gets stored in the body as nightmares, as flashbacks, depression, anxiety, PTSD of all kinds,” said Lucy Wallace, Co-Founder of the Colorado-based non-profit, Dance 2B Free, which is in town, teaching the class. “So when we come in, we don't have to say ' let's dig up your past, let's dig up your trauma.' We just say 'let's dance to Coldplay and Sia and Prince and by doing the movements, we are going through a movement that didn't complete itself.”

Once you walk through the doors in the visitation room while dance class is going on, it's really easy to forget where you are, and what brought these women together. Society may have turned its back on these women for their crimes, but for Wallace, their pasts are not her concern.

"The first day I went in, which was two years ago this month, I felt like I just walked in to a rec center, where everyone was wearing the same clothes. It didn't feel hostile. It didn't feel aggressive. I didn't feel nervous really. I just felt like these women were just so ordinary and average and normal. And so as soon as we started to dance, I just felt this incredible connection to the group,” she explained.

"When you talk about music and you talk about dance, every song tells a story. For many of these women; they are dancing, they are telling their own story, both good and bad,” echoed Solomon Graves, spokesperson for the Arkansas Department of Correction.

Sonia is undergoing teacher training, so the program's teachings will sashay throughout the prison long after its instructors are gone.

"When they go into leadership, they're not only taking responsibility, holding space, tracking the room. There's a sense of when they leave prison, they can take those leadership skills not only to say, teaching at a rec center, or a studio, but there's tangible life skills they can take with them,” Wallace said. 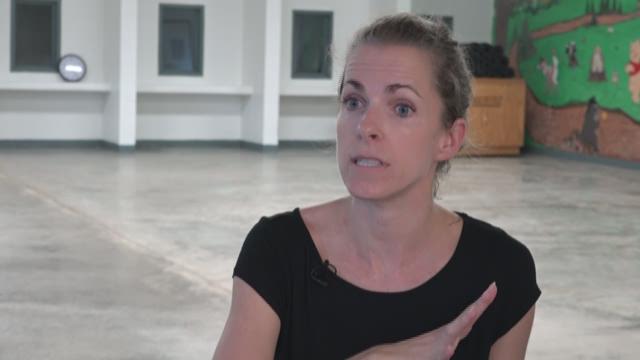 Graves explained that the program is a good way for the prisoners to remain active and to burn off some steam, adding, "we also see this as an opportunity to really align with our mission statement, that in part talks about how we will promote public safety through providing the inmates with opportunities to grow spiritually, mentally, and physically."

THV11 was not allowed to speak to the inmates, but really didn't need to. Their faces said it all.

Dance 2B Free is a non-profit based out of Colorado, with an Arkansas tie: one of the instructors, Katherine Shoulders, was born and raised in Central Arkansas. It was her idea to bring Dance 2B Free to Arkansas. She said they were just lucky ADC Director Wendy Kelley was so willing.