An Arkansas kid found a diamond in the gravel at a popular Little Rock restaurant. The owner, who happens to work for THV11, is reminded of the goodness in others. 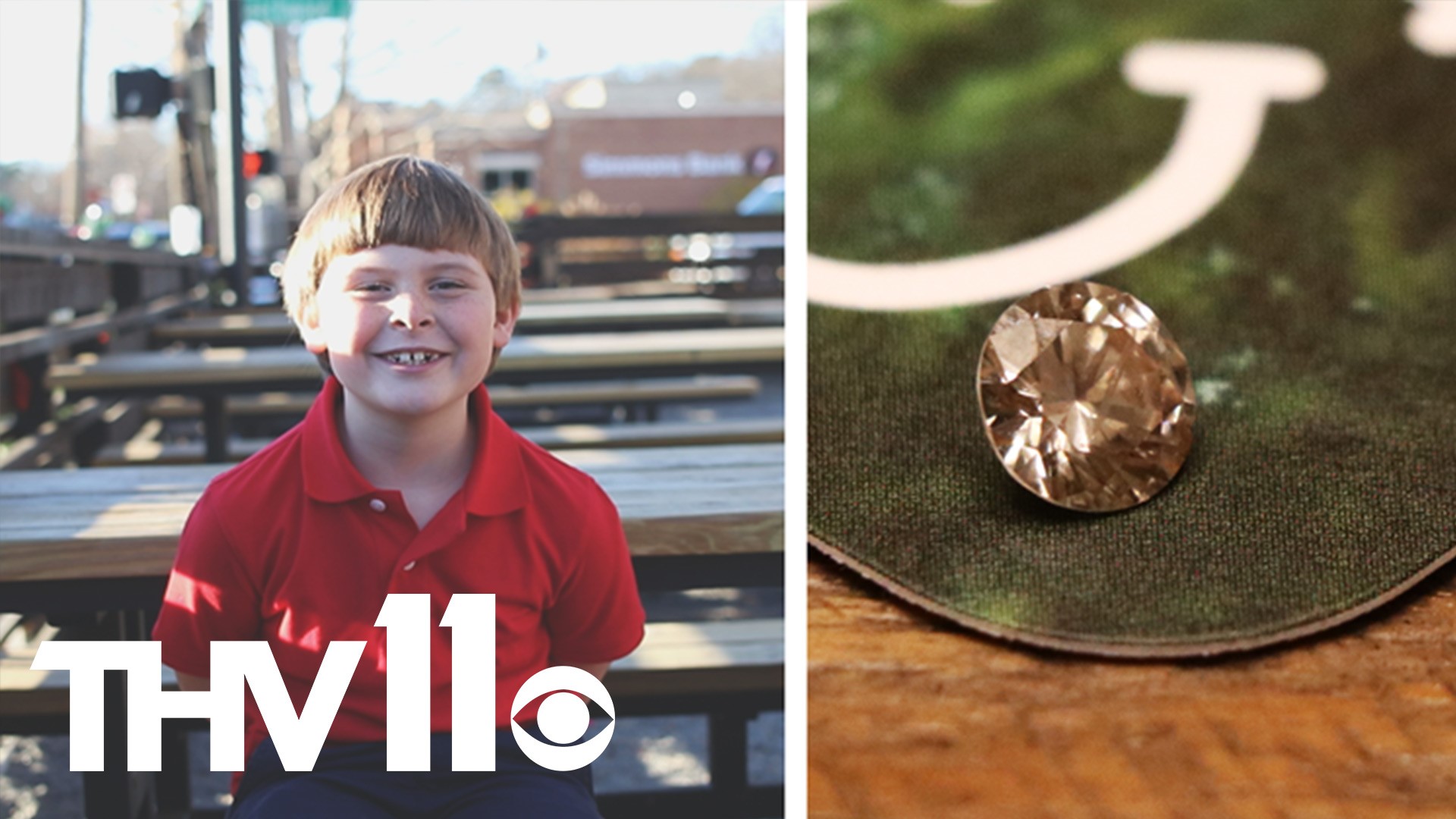 LITTLE ROCK, Ark. — When you’re a kid, your stuff is your stuff. And as you grow older, you learn that things are just things. But what about those things that remind you of the stuff you never want to forget?

For me, I lost one of those things recently. A thing that is so special to me: The diamond from my vintage estate ring my husband gave me when we got engaged. Yes, the diamond. (Insert "ughhh" emoji). You know, a precious stone made of a clear and colorless crystalline form of pure carbon. Yeah, that.

I was eating at Hill Station in the Hillcrest neighborhood of Little Rock with two coworkers when it happened. A prong bent on the ring, releasing the diamond into, what I like to hyperbolize as the tiniest and shiniest gravel I’ve ever seen.

After multiple trips back to the capital city restaurant to search for the diamond, I had given up hope.

“I just dig some dirt, and then I found a diamond,” he said.

Easy as that, huh?

“I just looked down when I was grabbing the dirt and I was like, ‘Mommy, I found a diamond,’ He remembered. “She said, ‘that’s not real!’”

Well, turns out it was! After that, J. Harley and his family notified the staff at Hill Station who gave me a call. Get this: The diamond was found exactly one month after I lost it. The staff kept my number just in case.

By the way, the Hill Station staff may be some of the nicest people on the planet. They even took care of the Calloway family’s meal after J. Harley’s discovery. Oh, and ours the night I lost the diamond.

A diamond from a ring that, yes, is just a thing. A thing that holds memories of getting engaged, of dancing the night away, of building a life. And now it’s a reminder of the goodness in others and the hope that comes from just that.