After not discussing congressional redistricting on Thursday, Arkansas lawmakers failed to discuss that topic once again on Friday. 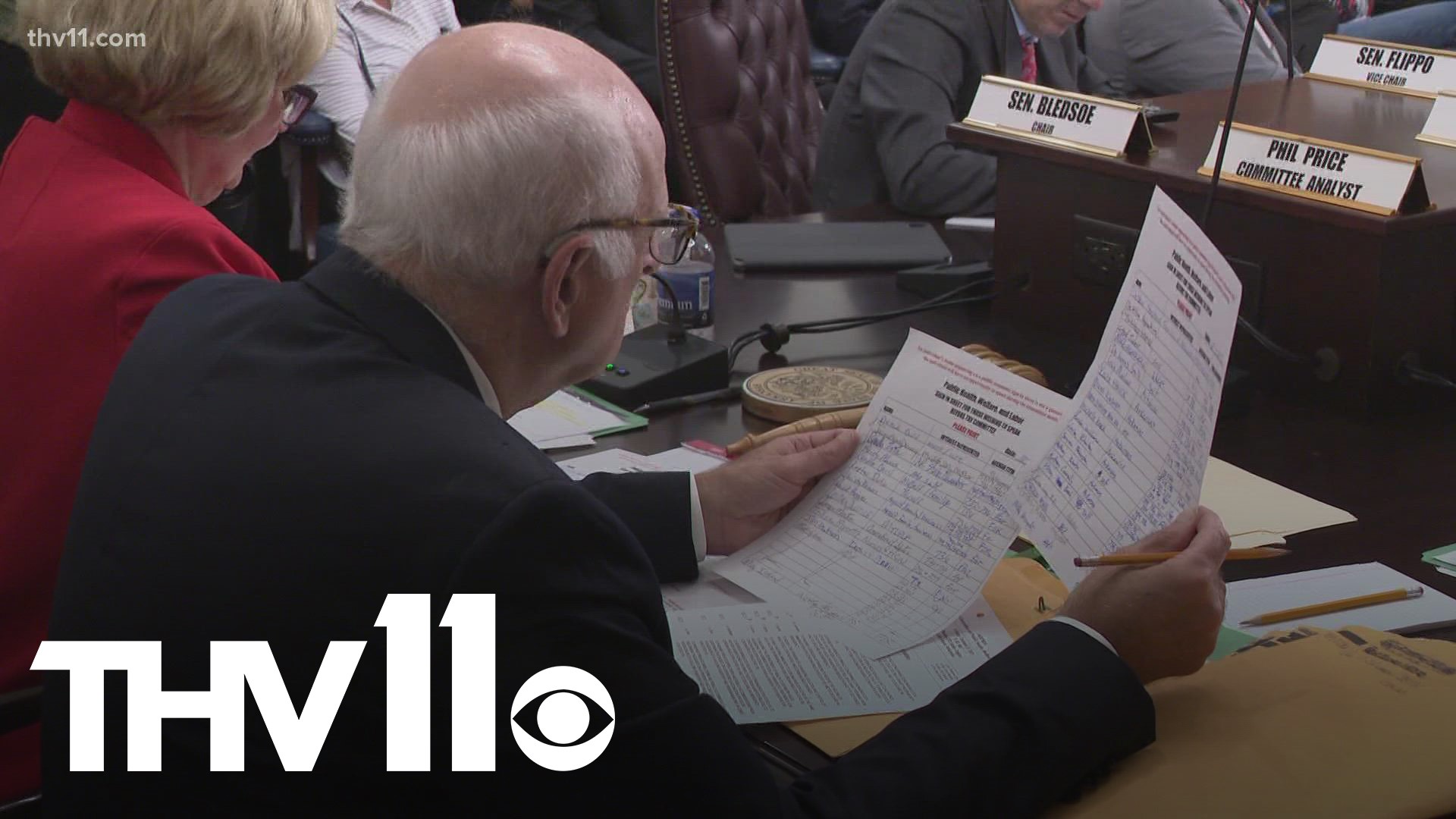 LITTLE ROCK, Ark. — After not discussing congressional redistricting on Thursday, Arkansas lawmakers failed to discuss that topic once again on Friday.

For Sen. Linda Chesterfield, that's not what this is supposed to be about.

"It is totally a waste of time," Chesterfield (D)-District 30, said. "We're in here, we're dealing with 11 or 12 bills, that in my view, are not germane to the call. But, that's a matter of interpretation."

Rather that discuss redistricting, COVID-19 has taken the floor in both the House and the Senate. A slew of bills, focused on protections for those who refuse to take the vaccine, were supposed to be presented during Friday's Public Health committee meeting.

"There's a lot of passions and a lot of people that feel very strongly, one way or the other, about these specific bills," Sen. Scott Flippo, (R)-District 17, said. "So we met for two and a half hours this morning, and so we got through one piece of legislation."

That single bill was eventually pushed to the full Senate, and was one of the only things done in either chamber Friday.

Flippo said that's fine if they're focusing on other issues – they're allowed to do this.

"Listen, we have to chew gum and walk at the same time," he said. "So it's not for the legislature, we normally take up multiple issues."

But that's an issue for Chesterfield. She said none of what's currently being discussed is related to what they're supposed to be doing.

"The upper chamber devolves into a system where we only deal with publicity rather than policy," she said. "We don't get things done for the will of the people."

And as far as when lawmakers could finish up the session when they return, Chesterfield said that's anybody's guess.

The House will reconvene at 1 p.m. and the Senate is back at 9 a.m. on Monday, October 4th.