Seven days into the session and there are now three bills in the hands of the governor. Two identical maps that were voted on and one COVID-19 bill that passed. 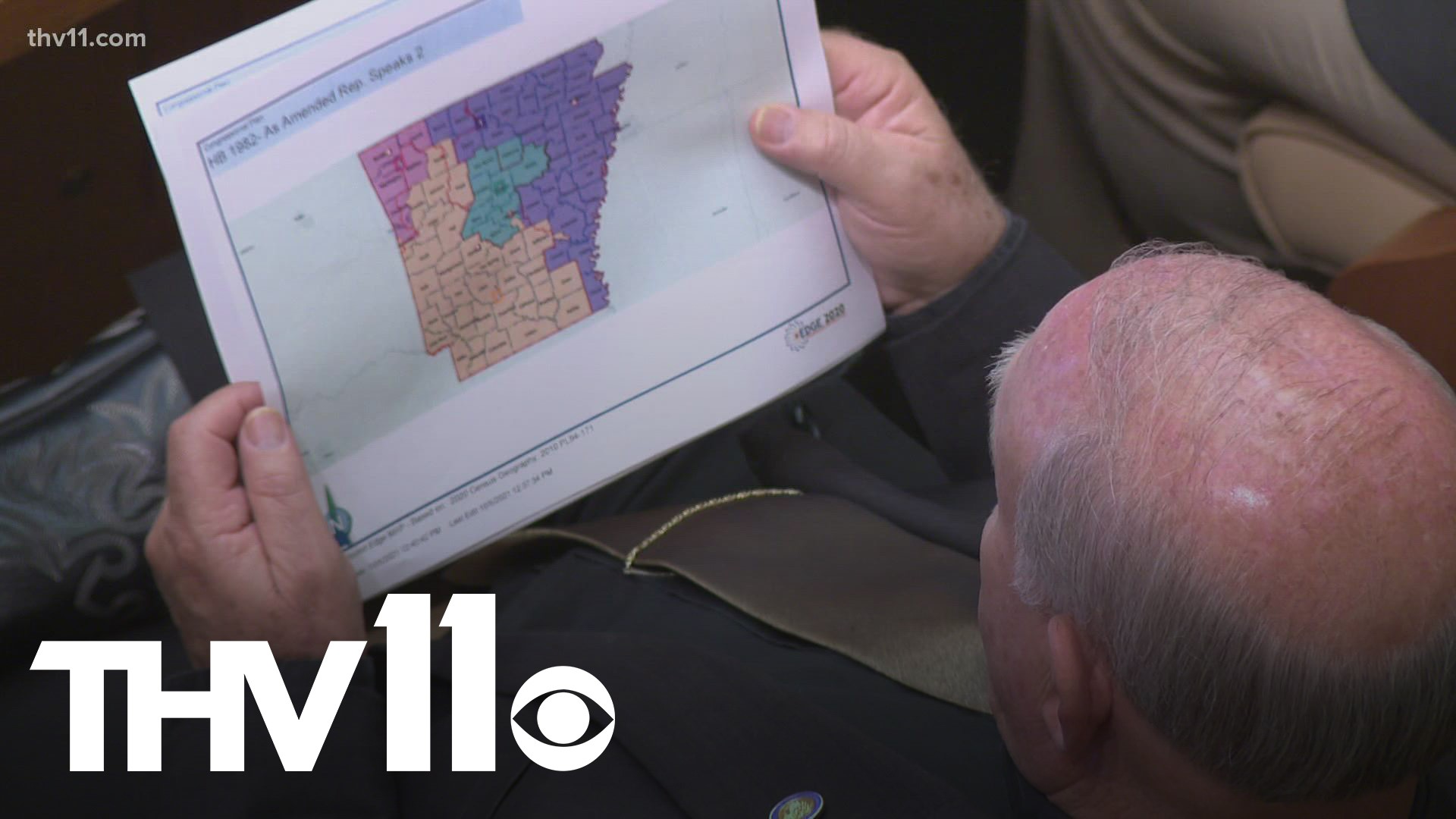 LITTLE ROCK, Ark. — After seven days of redistricting talks and delays, it looks like we could soon know what the state's congressional lines will look like.

Two versions of the same map from the House and Senate are headed to the governor's desk Thursday night.

Seven days into the session and there are now three bills total in the governor's hand.

The two identical maps that were voted on Thursday morning and one COVID-19 bill that was passed Wednesday.

So with all of that in mind, it seems like the session should be wrapped up, but that's easier said than done.

It's a session that some Arkansas lawmakers, like Sen. Kim Hammer (R - District 33), described as the most challenging one yet.

"Anytime you go to messing with anybody's Senate or congressional lines, it becomes real personal," he said.

But it wasn't just the redistricting talks.

For some, like Sen. Linda Chesterfield (D - District 30), frustrations came from discussing bills completely unrelated to the state's congressional lines.

Seven days in and two possible options were chosen, but it didn't go down without a fight.

Both maps split Pulaski County into three districts. It breaks up parts of the county among the first, second, and fourth congressional districts.

It's that split that has several lawmakers, including Collins, worried.

"So depending on where you live in the county, your member of Congress is going to be different. I think that's going to be very difficult for people in Pulaski County," he said.

For those who voted 'yes,' like Rep. David Ray (R - District 40), he believes the map is fair and said no map exists that would make everyone happy.

"I think a lot of what's going on in there is just, you know, a lot of theatrical, frankly people trying to get worked up over lines that are really going to change not a whole lot," he said.

The heated debates weren't just over the maps on Thursday though.

Hammer continued to fight for his COVID-19 bill, asking for an emergency clause but getting it into effect immediately ultimately failed.

"Without the emergency clause, the next 90 days, it's kind of fair game. On anybody that you know that that company or hospital, whoever, wants to fire," he said.

Chesterfield described this session as the "most interesting" one yet.

"It has been a most unproductive session. It has been the session from hell," she said.

While it seems as though everything should be tied up at this point, lawmakers voted against wrapping things up just yet.

It's the latest challenge that has some worried.

"We may be calling the roll every time we come in just so the public knows that everybody is here to do this business, that you all are getting paid for, and want to stay here," Sen. Jimmy Hickey Jr. (R - District 11). said.