Richard Barnett of Gravette is seen in a now infamous photo lounging at House Speaker Nancy Pelosi's desk after storming inside the Capitol on January 6. 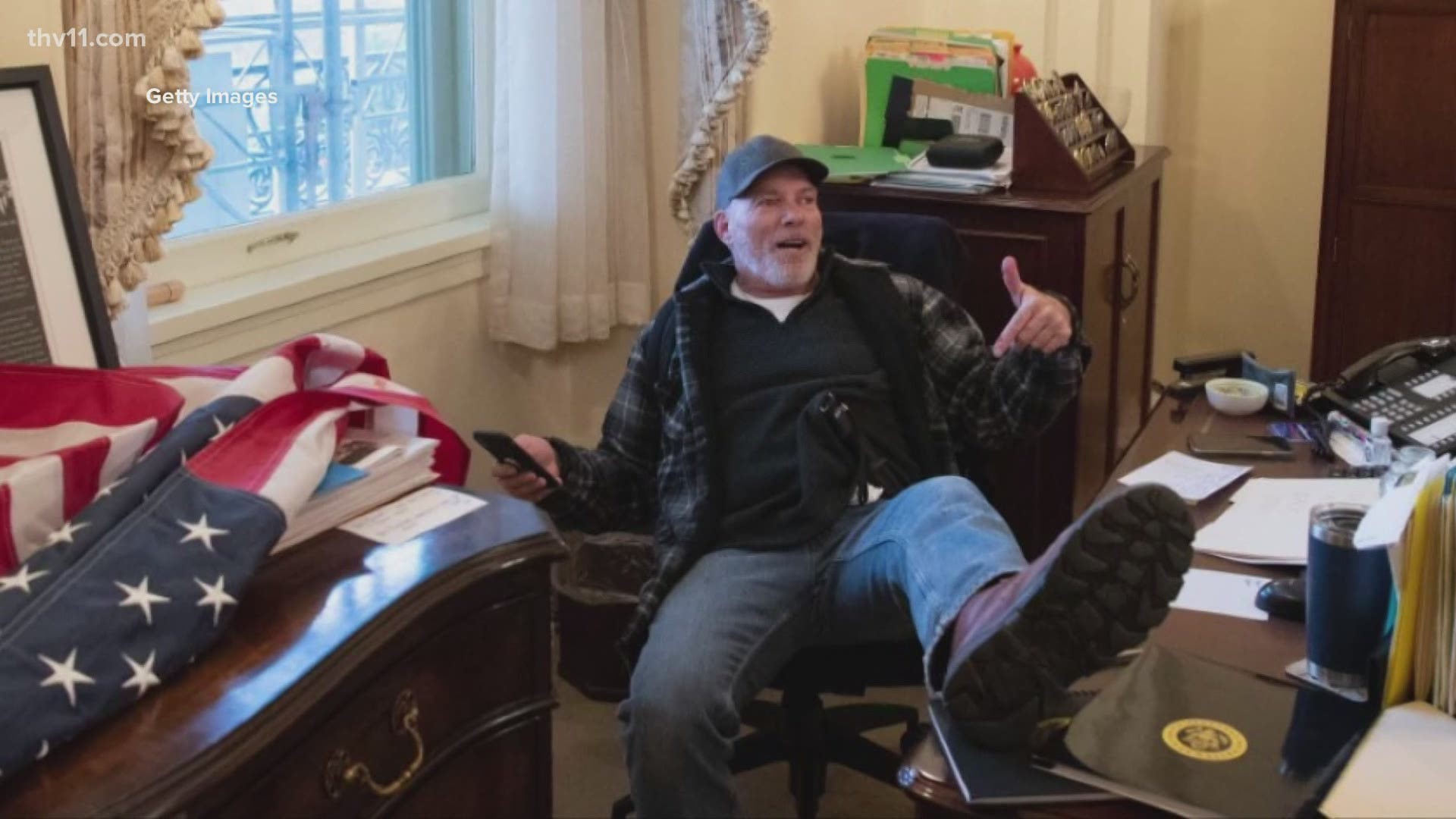 Richard Barnett of Gravette is seen in a now infamous photo lounging at House Speaker Nancy Pelosi's desk after storming inside the Capitol on Jan. 6.

Barnett claimed he was pushed inside the Capitol when protestors broke through the doors and found Pelosi's office sometime later.

After carrying a flag into her office and leaving a note for Pelosi, he said he was removed by Capitol police.

Barnett told our Northwest Arkansas sister station 5NEWS that after throwing his feet up, he had noticed he had been cut and was bleeding.

"I bled on [Pelosi's] envelope so I picked up the envelope and put it in my pocket, and I put a quarter on the desk cause I'm not a thief," Barnett said.

U.S. Capitol Police ordered the Capitol locked down around 2:30 p.m. on Wednesday and evacuations of two Capitol campus buildings — the Library of Congress James Madison Memorial Building and the Cannon House Office Building — as protests raged at the Capitol complex.

Shortly after President Trump addressed his supporters vowing "never to concede" the election in a speech on the Ellipse, large crowds of pro-Trump protesters marched to the U.S. Capitol and squared off with Capitol Police.

Barnett, whose shirt was ripped opened and who kept shouting about being “maced,” was loudly entertaining fellow protesters with tales of his exploits.

After getting into Pelosi’s office, he said, “I wrote her a nasty note, put my feet up on her desk and scratched my balls.”

A woman died from injuries after she was shot inside the US Capitol Building as pro-Trump supporters tried to break into the House Chamber, according to the Associated Press.

President-elect Joe Biden spoke Wednesday for the restoration of “just simple decency” as the mob incited by his predecessor stormed the U.S. Capitol.