After being diagnosed with Glioblastoma Multiforme, Scott Williams has decided to bike 444 miles through 3 states. 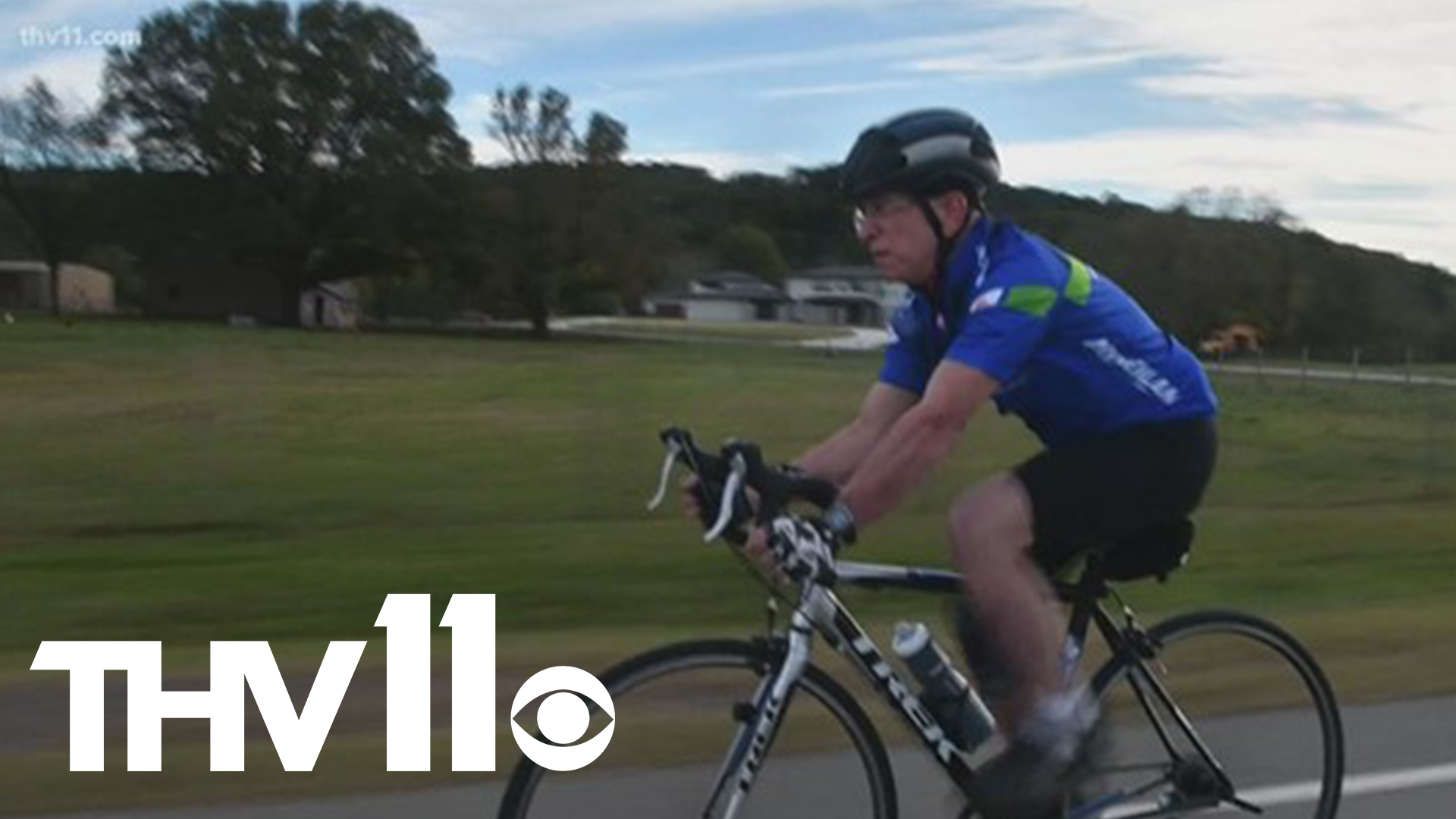 LITTLE ROCK, Ark. — If there's one thing we can all agree on, it’s that this last year has taught us that we must learn to deal with the unexpected. We must find a way to navigate the ups and downs that are inevitable in this life.

One Arkansas man has become a pro at dealing with the unexpected. For him, every day depends on it and every second counts.

Scott Williams had been having headaches and even had had a mild seizure at one point.

“I knew something was going wrong,” he said. “And emotionally I was a little bit more volatile.”

He went to the doctor and found out heartbreaking news. It turned out to be glioblastoma multiforme, which is an aggressive, terminal form of brain cancer.

He said he had an immediate sense of peace from God, and he wasn’t rattled at all. Instead, he was filled with mission and purpose. He isn't wasting a second of the time he has left. He's preparing for a 444-mile bike ride along the Natchez Trace Parkway.

“I’m feeling good and I'm actually in better shape now than I’ve been in a long time,” Williams said.

The two will begin their ride in Natchez, Mississippi and bike across Mississippi, Alabama, and end in Tennessee. The ride is an effort to erase the trace of glioblastoma by helping to raise funds to research a cure for the terminal illness.

Williams is biking with the support of someone who fought for his own life with Olympic level fortitude.

“It’s great to be teamed up with Scott Hamilton who is also a brain tumor survivor,” Williams said. “He is such an encourager.”

The former Olympic figure skater started the Scott Hamilton CARES foundation to help fund cancer research after his own battle with cancer.

“As a cancer patient I realized I was on a specific journey that is really truly meant to inspire the next person who is faced with this disease and CARES came out of that,” he said. “There were gaping holes in the cancer community and we needed to fill them.”

Hamilton is encouraging everyone to support his new friend Scott as he uses every second left of his life to make a lasting impact.

“Scott is riding the entire Natchez Trace on a bicycle with glioblastoma so what is my excuse?,” he said. “What can’t I do if he's willing and able and is desiring to do that?”

“It makes me want to live today better, stronger, and deeper,” Hamilton said.

Williams hopes his ride will not only raise meaningful funds but will raise spirits and keep hope alive.

“All of us will die at one time but we [with glioblastoma] just know what we're going to die from,” he said. “The hope that we can provide day to day, that's been really encouraging, because we are already hearing from others saying ‘thank you’ for doing what you're doing for us.”

Williams is continuing to be treated with physicians at CARTI in Little Rock.

Williams' will ride to shed light on glioblastoma will raise funds for both the Scott Hamilton CARES Foundation and CARTI.

You can support Williams and Erase the Trace financially and by riding virtually or in person a portion of the way with Williams.

More details can be found here.