After getting diagnosed with ADHD in her late ‘30s, Kristen Bandy is using humor and authenticity to show other women it's okay to admit you're not always okay. 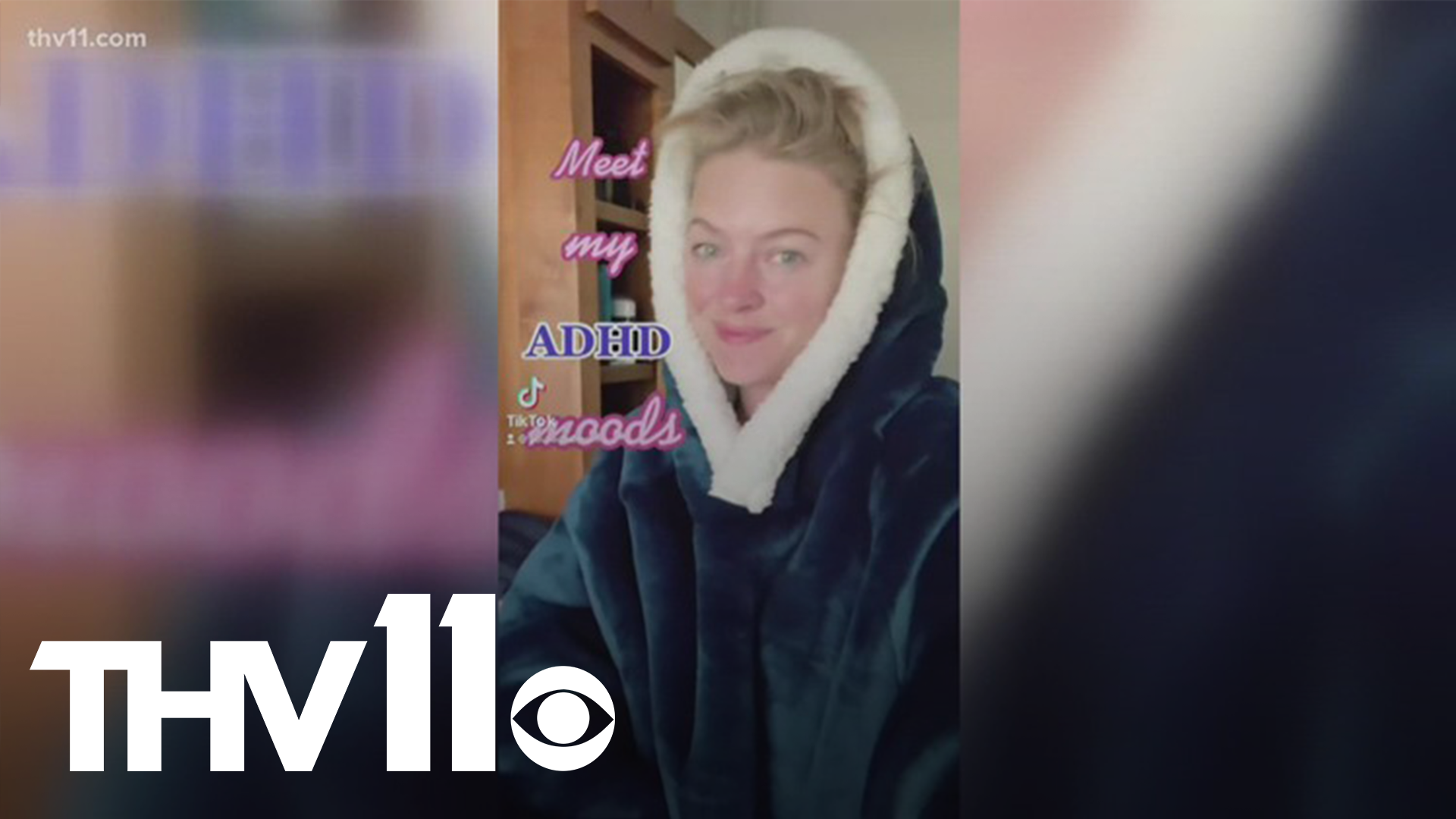 LITTLE ROCK, Ark. — Sometimes it can be hard to seek help when it comes to our mental health. It's something one central Arkansas mom knows all too well.

After getting diagnosed with ADHD (attention deficit hyperactive disorder) in her late ‘30s, Kristen Bandy is using humor and authenticity to show other women it's okay to admit you're not always okay.

Kristen Bandy is a social media star after becoming what she calls an “accidental” ADHD advocate. She wasn’t diagnosed until age 37.

“At the time, ADHD was not even in my vocabulary,” she said. “I hadn't heard that word since elementary school.”

After her diagnosis, she learned from her doctor that she was not alone. Many misconceptions and myths about ADHD have led to fewer women being diagnosed and seeking help.

“When I grew up in the ‘80s, ADHD was seen as a bad parent or bad kid issue,” she said. “But I learned it’s not just for boys and it’s not just hyperactive bouncing off the walls, it’s so much beyond hyperactivity.”

She decided to share her new diagnosis and experience on TikTok.

“There are many women my age who have gone their whole lives without knowing they have ADHD and maybe are just finding it out,” she said. “That’s why I share funny videos of what I go through with ADHD to show that if you have these experiences, you may want to have this looked into.”

Bandy’s humor and authenticity have made her relatable and approachable to her over 84,000 fans. She’s had multiple viral videos on the TikTok platform.

“The ones where I am crying or breaking down or sharing something incredibly vulnerable are usually the ones that blow up because people aren't used to seeing that type of realness on social media,” she said.

At the heart of every video, there’s a heart check for many who need to take a first step into seeking self-care.

"I got a message this morning from a woman who got diagnosed with ADHD yesterday and she told me without my videos or without real life examples of what ADHD feels like to adult woman, she never would have sought treatment,” said Bandy.

For Bandy, this line of advocacy may not have been planned, but it's certainly something she's planning on now.

“The more women who see the videos, the more normalized ADHD becomes,” she said.

Bandy encourages people to see a mental health professional if they have concerns. She reiterates she's not a doctor, she’s just sharing her personal experiences and hoping to be a gateway for others to seek help like she did.

For resources on ADHD, visit https://www.nami.org/About-Mental-Illness/Mental-Health-Conditions/ADHD.