"It's a different river now. It changed a lot." 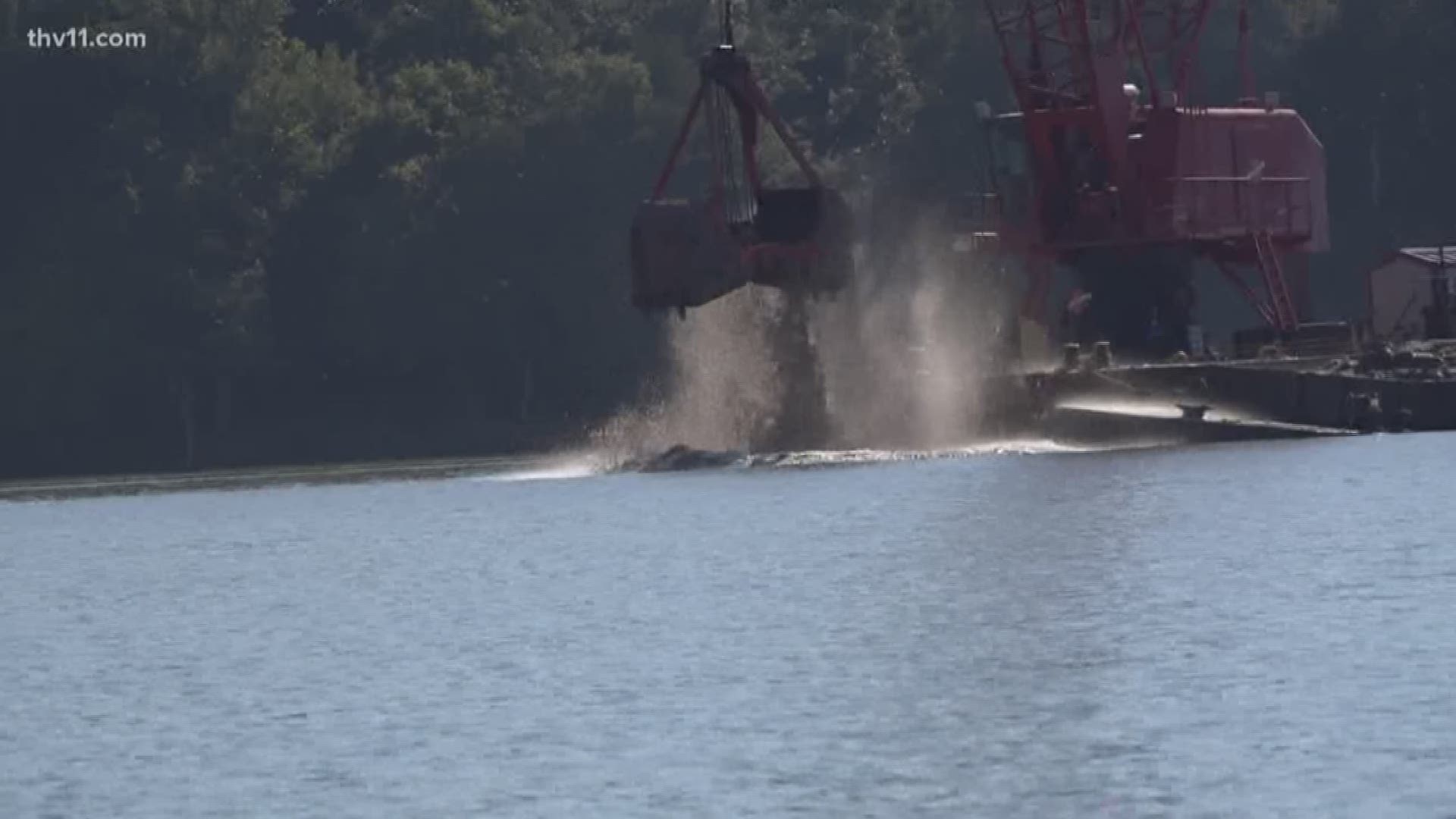 Dredging crews with the U.S. Army Corps of Engineers are busy re-digging the channel under the Arkansas River after historic flooding this spring dramatically altered the busy commercial waterway.

"Gradually things are coming back to life on the Arkansas River with our commercial navigation," said Aaron McGee, operations project manager for the McClellan-Kerr Arkansas River Navigation System. "We have several places up and down the river where the channel is not exactly where it always has been."

To fix that problem, crews catch rides on pilot ships and tugs out to giant cranes in the river. They glide past small boats with fisherman taking advantage of the calm water upriver from Dardanelle.

The historic floods and flows shifted their way of life by shifting sand and silt into the channel.

"We have two, what we call, 'floating plants,'" McGee said. "They are basically barge-mounted cranes, that are removing sand from the channel there to keep commercial tows navigating through there."

A huge red crane pulls mud from the channel near mile marker 221 between London and Russellville. The tug then guns to an area upriver where the crane and a backhoe dump the mud closer to the shore.

They are trying to restore the channel to a depth of 9 feet.

"[This flood] really kind of re-wrote all the rules," McGee said. "It was so much higher than our historical highs since the system was put in place."

That means the Toad Suck lock and dam only this week got back to 24-7 operations.

A lock near Little Rock is still only being operated during daylight hours.

McGee said some facilities still have electrical problems. He applauds all the work the Corps has done to get those navigation aids clear and move on to the channel.

So for now, commercial traffic remains light. That's great for a pleasure cruise, but McGee offered advice if you ply the water no matter the size of your craft.

"Even if you knew the river like the back of your hand before the flood, it's a different river now. It changed a lot," he said. "Just beware, be Cautious and don't take anything for granted. And wear your life jacket."

RELATED: Conway tackles drainage issues due to city being prone to flooding