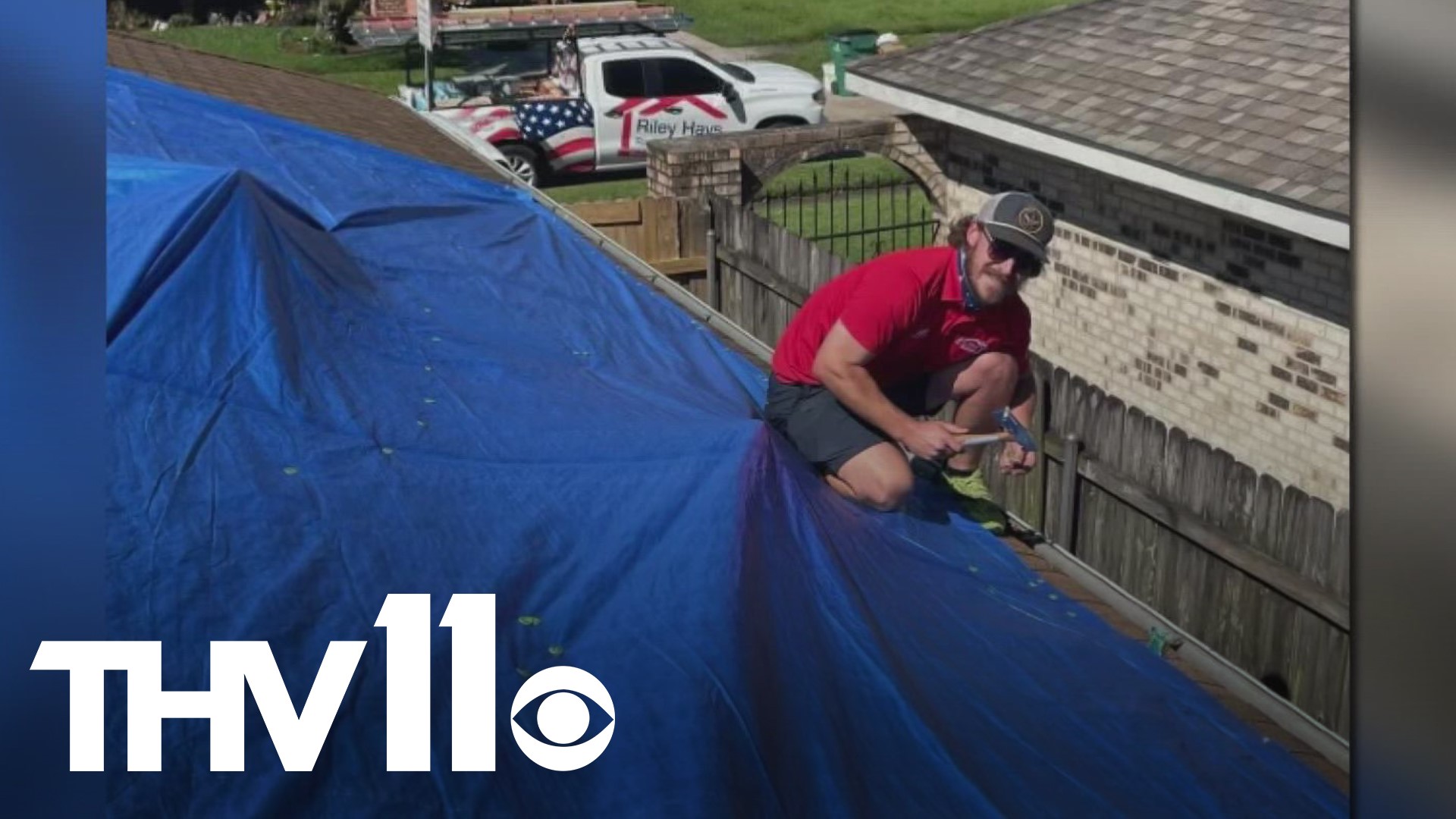 LITTLE ROCK, Ark. — Earlier this year in August, Hurricane Ida hit Louisiana and the damage is still being felt. Riley Hays, owner of Riley Hays Roofing and Construction is no stranger to the devastation.

"We went to Lake Charles last year, about two months after the hurricanes," Hays said. "That was a key, as long as they needed help, we were gonna stay."

When videos of the destruction started coming out of southern Louisiana, Hays knew they needed to step in and help.

"Five days later, I had 10 guys, two travel trailers, and a box trailer full of tarps, and we started tarping for whoever needed help," he said.

Hays and his crews worked with whoever they could – FEMA, insurance companies, and strangers that they met.

Many of those helping in Louisiana left weeks ago, but not Hays and his crews.

"No houses had roofs, 100% of the houses south of Houma have tarps on them," he said.

This hasn't been an easy job. Hays said he knows what they're doing doesn't fix everything.

Hays returned home for the Thanksgiving holiday, and plans on spending it with his family – thankful for what he has.

"I'd say my perspective on life has broadened," he said. "It gave me an appreciation for the little things."

As we prepare for the holiday on Thursday, Hays had a message to share – be grateful for what you have, and be kind to others.

"I would just say be thankful for what you have over Thanksgiving, and help your neighbors," he said. "If people need something, we need to go back in this country to helping each other."