The state's highest court ruled that money from the 0.5% sales tax can't be used on road construction on highways with more than four lanes. 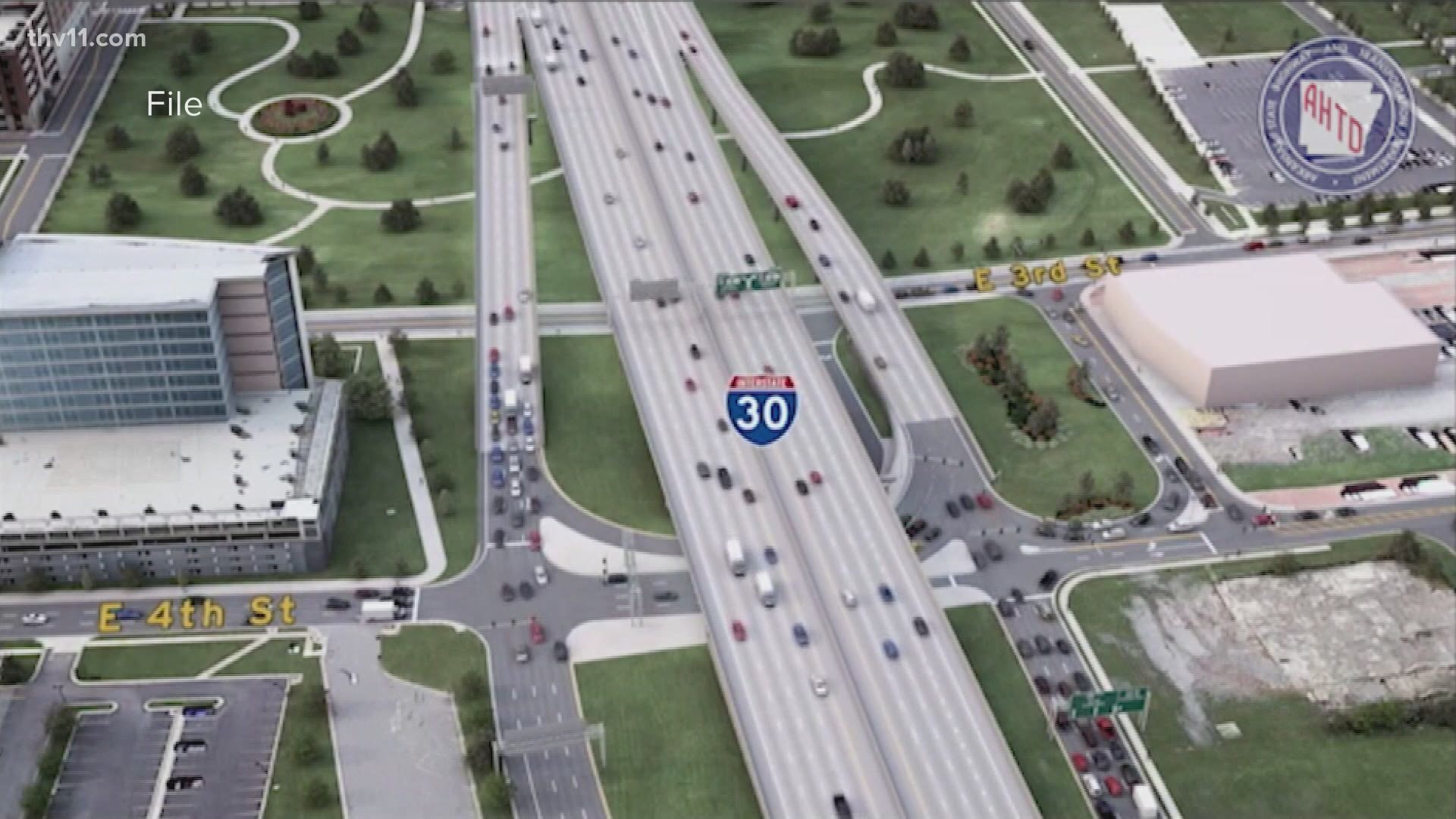 LITTLE ROCK, Arkansas — The Arkansas Supreme Court ruled Thursday that the state transportation department can't use money from the 0.5% sales tax on construction on highways that are wider than four lanes, which would include the I-30 Crossing project.

In 2012, voters approved a measure that would amend Amendment 91 of the Arkansas Constitution that would provide a "temporary one-half percent (0.5%) sales and use tax for state highways and bridges, county roads, bridges and other surface transportation, with the state's portion to secure state of Arkansas general obligation four-lane highway construction."

The Arkansas Department of Transportation selected the I-30 Crossing project to be funded by money raised by the sales tax, which would "widen and improve portions of these interstate highways from six lanes to eight or more lanes.

RELATED: What are the Arkansas amendments and measures on the 2020 ballot?

In its ruling, the state's supreme court said that the amendment "explicitly specifies" the way money raised from the temporary tax may be used.

The court continued that since the amendment references "four-lane highway" over thirty times, that funds from the sales tax can't be used for "major improvements to six-lane interstate highways" and that the phrase is "given a specific meaning that is plain and unambiguous."

"Certainly, if the General Assembly intended that the tax imposed by Amendment 91 be used for major improvements to six-lane interstate highways, such as [the I-30 Crossing project], the drafters could have expressly so stated," the court's ruling stated.

"Even though Amendment 91 allows spending on bridges, the majority restricts spending to those bridges having only four lanes," Wood said. "This holding contradicts the Amendment's plain language and our rules of textual construction."

The 0.5% sales tax is on the 2020 ballot as Issue 1, which would turn the tax from temporary to a permanent part of the Arkansas Constitution.

In a statement, Attorney General Leslie Rutledge's office said it was disappointed in the decision and believes "the funds spent on the I-630 and I-30 corridor were spent in good faith based on the decision of the people of Arkansas back in 2012."

An official for the Arkansas Department of Transportation said the decision is a "disappointing one" and that the department will work with its co-defendants regarding the case.

"This ruling emphasizes now, more than ever, the need for flexibility in funding dedicated to improve the State's roads and bridges," the statement said.

The department will work with the Arkansas Highway Commission to investigate "alternative ways" to fund the I-30 Crossing project that is "consistent with the Supreme Court's order."