There’s a new Safe Haven Baby Box installed at Maumelle Fire Station #1. The boxes are equipped with alarm systems that immediately notify staff around the station. 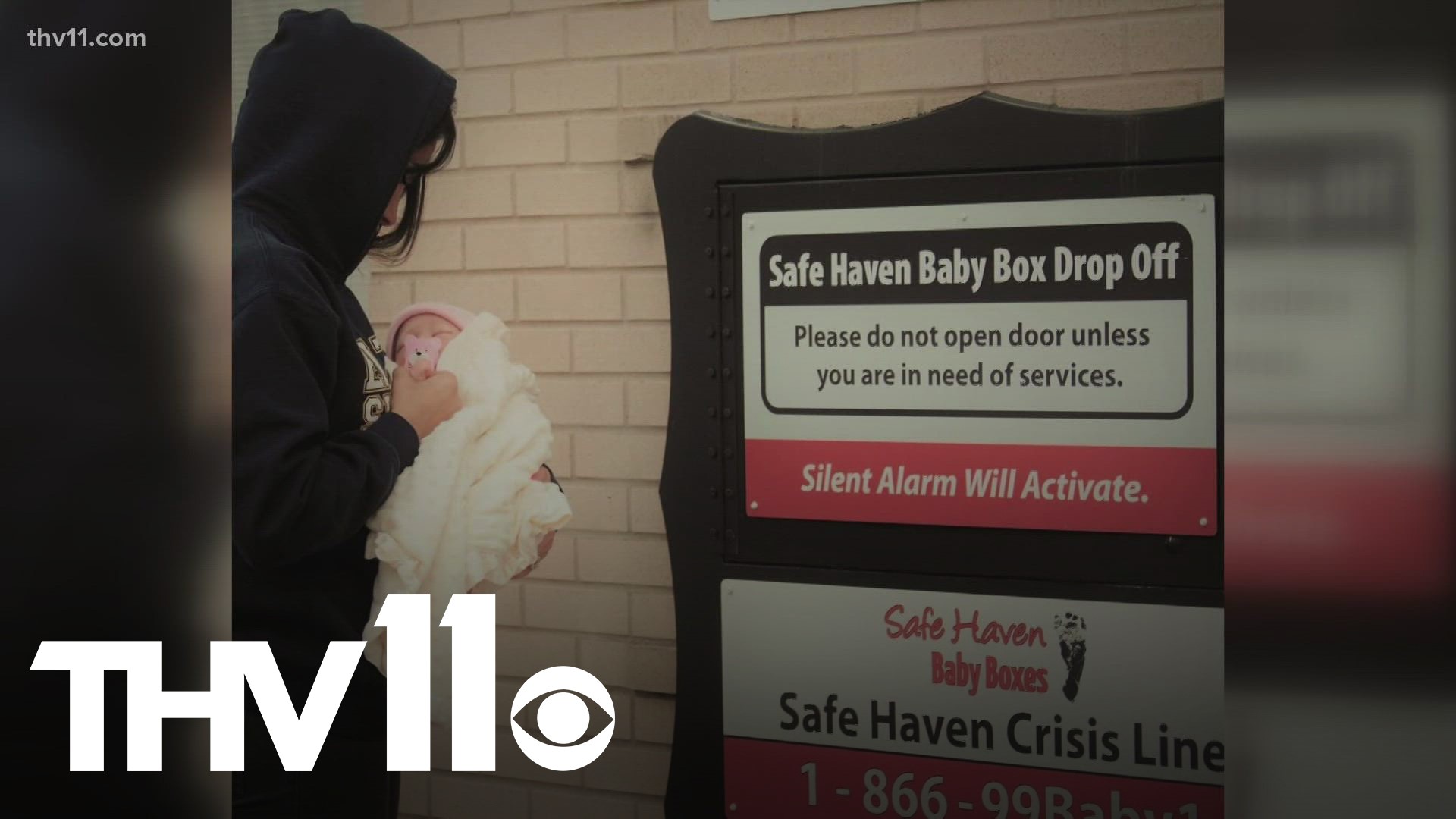 MAUMELLE, Ark. — There’s a new Safe Haven Baby Box installed at Maumelle Fire Station #1. The boxes are equipped with alarm systems that immediately notify staff all around the station, both inside and outside.

The boxes lock from the outside once a newborn is placed inside it and feature automatic heating and cooling systems for newborns that are dropped off.

'"That’s a safety feature of this box so that someone can’t come up behind a mother and take the baby out," said Monica Kelsey, founder of the nonprofit Safe Haven Baby Box. "Also, we don’t won’t mom to take the baby out of the box still in a state of crisis. She’s more than welcome to come inside and get assistance. That at least gives us the option to assist her.”

The Arkansas Safe Haven law allows a parent to bring a newborn that's 30 days or younger to any medical, fire, or law enforcement department that's staffed for 24 hours.

Kelsey demonstrated how the box works using a a baby doll during its unveiling. Her passion behind her work stems from her own life story.

"I actually have to take you back to August of 1972 when a young 17-year-old girl was brutally attacked and left along the side of the road. If that wasn't the worst of it, 6 weeks later when she finds out she's pregnant," said Kelsey. "She was hidden for the remainder of the pregnancy, gave birth in April of 1973, and abandoned her child two hours after her child was born and that child was me.”

Decades later, Monica started the non-profit in 2016. She made it her mission to distribute as many baby boxes as possible to fire stations and hospitals.

This is the sixth Safe Haven Baby Box in Arkansas with the other being in Conway, Benton, Jonesboro, Rogers, and Springdale.

Safe Haven Baby Box has a 24-hour hotline (1-866-99BABY1) with trained professionals explain the process to people who are considering to drop their baby off.