With temperatures reaching their lowest levels in weeks, many families chose to spend Tuesday outside. 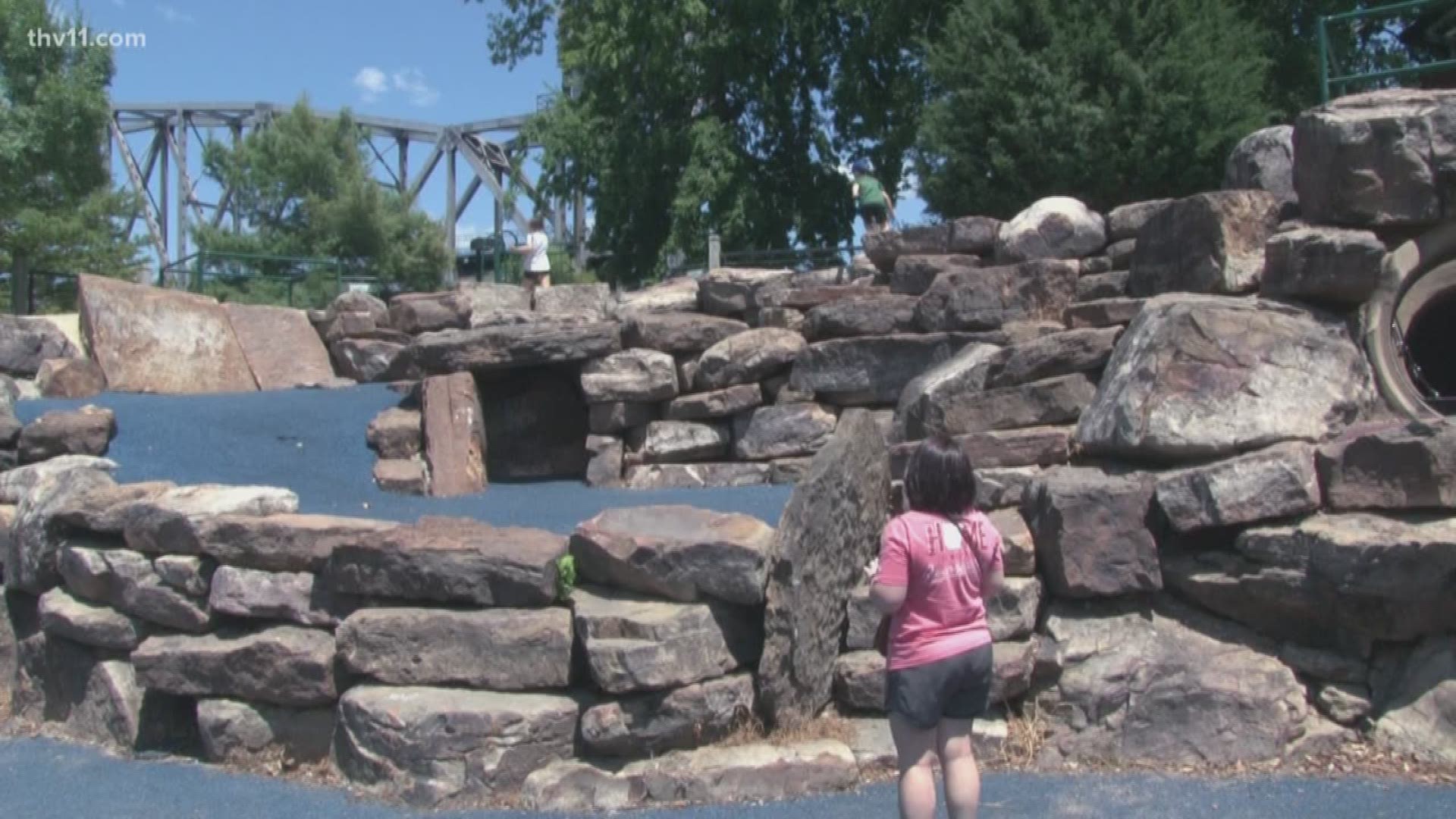 LITTLE ROCK, Ark. — Nearly everyone in Central Arkansas is enjoying this break from the dog days of summer.

With temperatures reaching their lowest levels in weeks, many families chose to spend Tuesday outside. Hailey Floyd was one of many who brought her children to Riverfront Park. He daughter, Kinley, and son, Cooper, enjoyed running through the park’s tunnels and sliding down its slides.

RELATED: Follow the turtle rocks to a 500-year-old cave in an Arkansas state park

“I like coming to this park because it’s really fun,” Kinley said, “and you get to explore, like, the tunnels and stuff. So, that’s really fun.”

Hailey Floyd said they started their day with lunch at a nearby restaurant before making their way to the park. Her daughter described Tuesday as a rare day when she could stay outside and play to her heart’s content.

“We have been able to,” she mentioned, “but it’s just, we weren’t able to stay out very long, 'cause it was so hot.”

“We tried to go to the zoo a couple weekends ago,” Hailey Floyd added, “and it was just, we couldn’t even stay. It was way too hot. Yeah, I think the heat index was 106.”

Alongside the families playing in the park’s playgrounds, several people walked across the Junction Bridge to enjoy the views, while others rode scooters. Gabriel Grabinski and Zoie Glass walked along the trail as part of their first date.

“It is definitely a lot better than it being 90-plus,” Grabinski said. “I tend to work outside, so I was just glad to get a little bit of time off, especially to come hang out with her.”

He said he planned to hike Pinnacle Mountain later this week. That is one of the activities he has missed out on because of the hot days Arkansas has seen recently. Glass said she enjoyed finally getting to take her dogs for a long walk, because it has been too hot to take them out very long.

“Just get out and have some fun,” she advised. “It’s really nice. The breeze is good, the weather is cool for the next couple days, I’m sure. Just take a break from what you’re usually doing.”

Low numbers are good on a thermometer during July, and great on a golfer’s scorecard. Rebsamen Golf Course was packed with golfers looking for both for the first time in recent memory.

“It’s been brutal with the weather we’ve had,” Robert Cortinez said. “Today is a refreshing breeze compared to what we’ve had. This is awesome.”

Cortinez said he usually plays every weekend. He shared a cart with his son on Tuesday, which he said might only happen once a month, but they made sure to get in a mid-week round when they saw the forecast call for high temperatures in the 80's. Cortinez dropped in a 15-foot putt on the ninth hole with a camera filming him, giving himself one more reason to smile.

The staff in the pro shop said a lot more people teed off today than usual. And with city-run golf courses under more scrutiny because of budget pressures, they said it was a welcome sight.