'When you support the farmers around you, it's really supporting the rest of the community.' 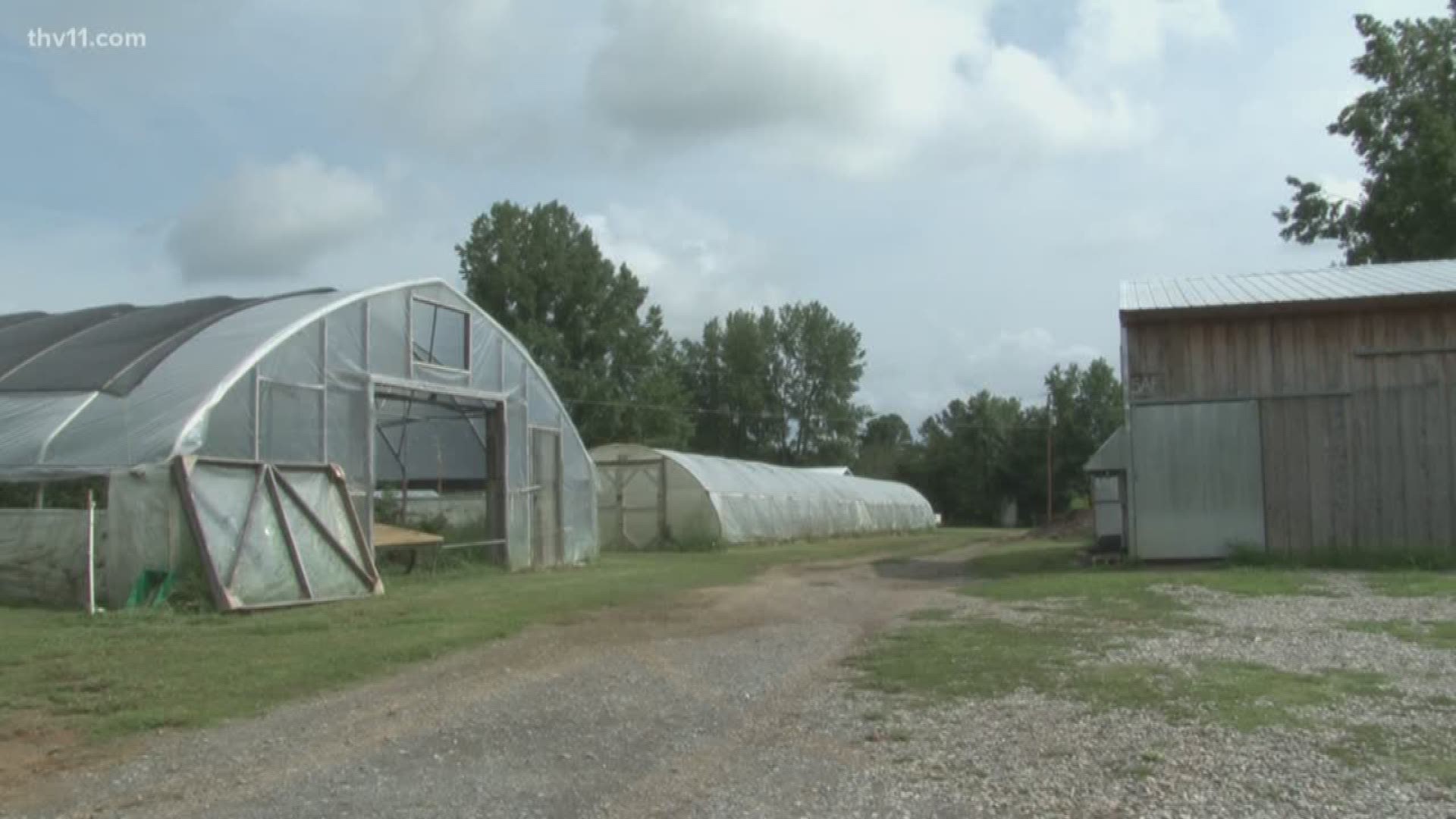 PLEASANT PLAINS, Ark. — We may be feeling the peak of the summer, but fall is just around the corner and farmers across Arkansas are harvesting for the months to come.

As a consumer, you can easily get your hands on fresh produce from a local family farm.

Brandon and Cat Gordon call it their "passion project." Five Acres Farm is tucked away in Pleasant Plains.

Brandon said it started as a small piece of land in 2009, but now it has turned into their full-time job.

"It's wild. We started very small, maybe a couple thousand square feet, but then slowly growing year after year adding greenhouses and buildings and infrastructures," he said.

Brandon has always worked with plants and decided to take on the challenge.

His wife, Cat, was roped in almost by default.

"I joined it in 2010 when we started dating cause I knew that it was either hang out with him at the farm or we just weren't going to see each other," Cat said.

Brandon said that's exactly what they did. They spent their days and nights at the farm until it became their very own home.

"I love being able to just walk out my front door and be here on the job," he said.

A job that has become a passion for both of them.

Cat said they started out selling their produce at local farmers markets, but four years ago they were approached by New South Produce Cooperative and everything began to change.

"It allowed us to branch out into Little Rock and Conway and all these other places," she said.

Cat said they are able to spread their produce throughout the state by offering farm shares, also known as Community Supported Agriculture.

"It basically means you buy into a share of what we are growing," she said.

Cat said consumers can pay in advance for their vegetables, and in return, when the food is ready, they'll get weekly or bi-weekly boxes of fresh produce for the entire season.

"It gives us a kicking off point when things are slow and we aren't bringing in as much as we have been," she said.

It's a grower to eater partnership the Gordon's say is one of a kind.

Farmsharing gives them the opportunity to keep providing for their three kids, just like they provide fresh food to people across Arkansas.

"When you support the farmers around you, it's really supporting the rest of the community," Cat said.

The fall farmshare starts during the week of September 16 and runs for 10 weeks.

Local pick up locations include: