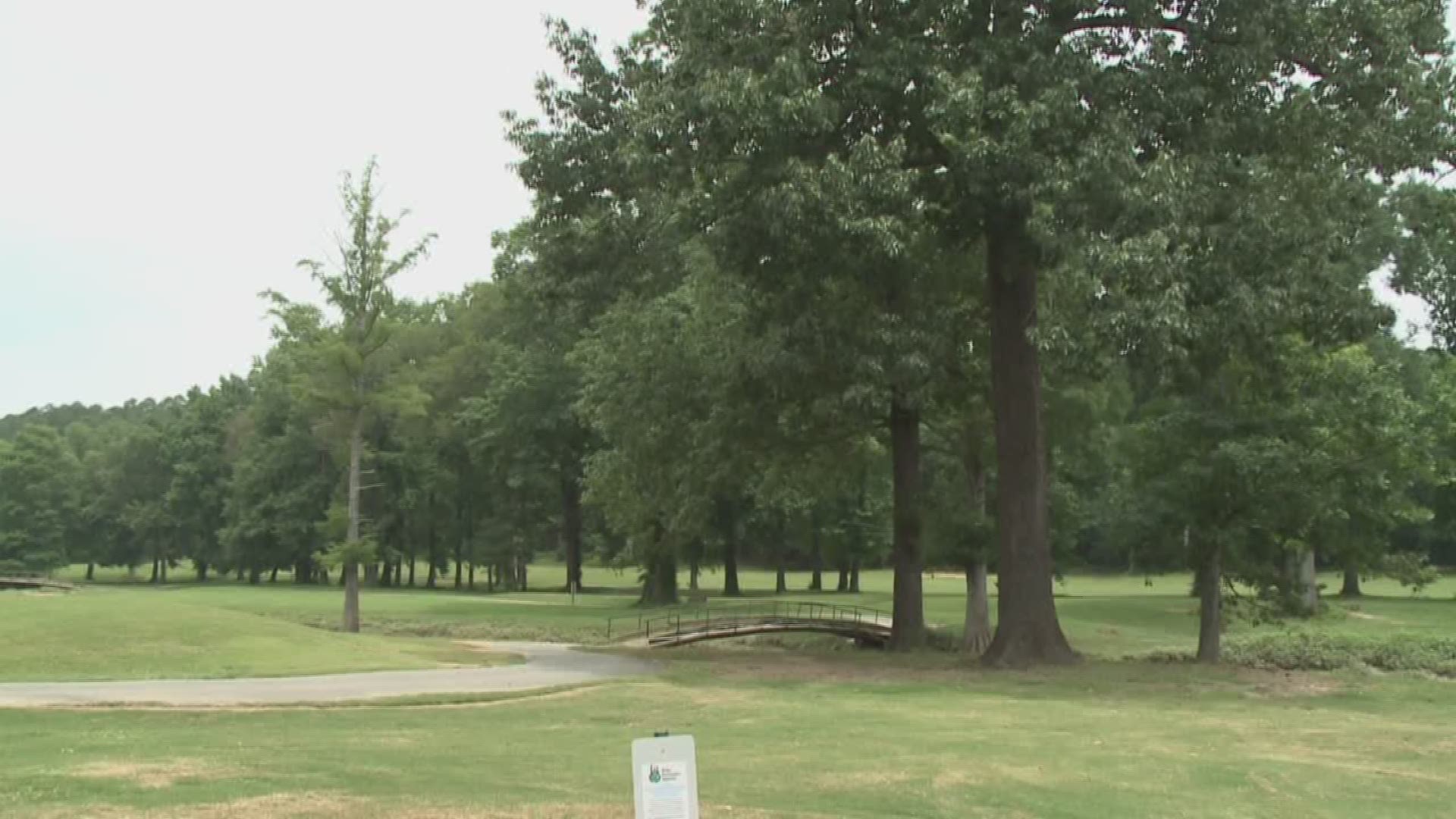 LITTLE ROCK, Ark. — As a Little Rock municipal task force begins to hear ideas for two closed golf courses, one group wants to let some of the space turn into a food forest.

The Little Rock Food Forest Initiative has more than 500 followers on its Facebook page in just a few weeks since War Memorial Golf Course and Hindman Golf Course closed because of budget cuts.

"I remember being in my car and telling my partner 'oh, we've got to turn that into a food forest,'" said Kristen Alexander, the organizer of the group. "That's the perfect spot."

It takes some imagination to see a forest in a place largely cleared of trees, but Alexander envisions areas set aside for fruit trees to grow, herbs to sprout, and other berries and blooms.

It's not to be confused with a community garden.

Typically, they are public spaces where volunteers and groups control plots of land and grow flowers and vegetables each growing season. A food forest is usually planted once, and then nature takes over; hopefully bearing fruit year after year.

"For example, you might have a peach tree with perennial herbs planted underneath," Alexander said. "In a community garden, you have to replant every year."

There are similar forests in other cities, like Atlanta, Austin, and Seattle, where the Beacon Hill forest inspired Alexander on a trip there years ago.

Here in Little Rock, Alexander's group will join others lining up to use some of the land, but she doesn't think it has to be a competition.

"If you have a sports field, you can have fruiting bushes on the back of it," she said. "Imagine blackberry bushes along the fence."

Everyone with ideas for the two courses will be asking the city to be active in maintaining the new facilities. The friends of the food forest think they have something more to sell than a bike trail.

RELATED: You can tell Little Rock what you'd like to see replace War Memorial golf course

"We see that they've been maintaining this gigantic golf course for years and they'll also be maintaining the other parks," Alexander said. "Community involvement will be much greater in this than it will be in mowing those lawns, I can tell you. We think that the community can come together with not a whole lot of resources and make this thing happen."