Mayflower teacher goes above and beyond for student battling cancer

Mrs. Thacker takes 'First Day of School' pictures of all of her students, even those who couldn't be there. 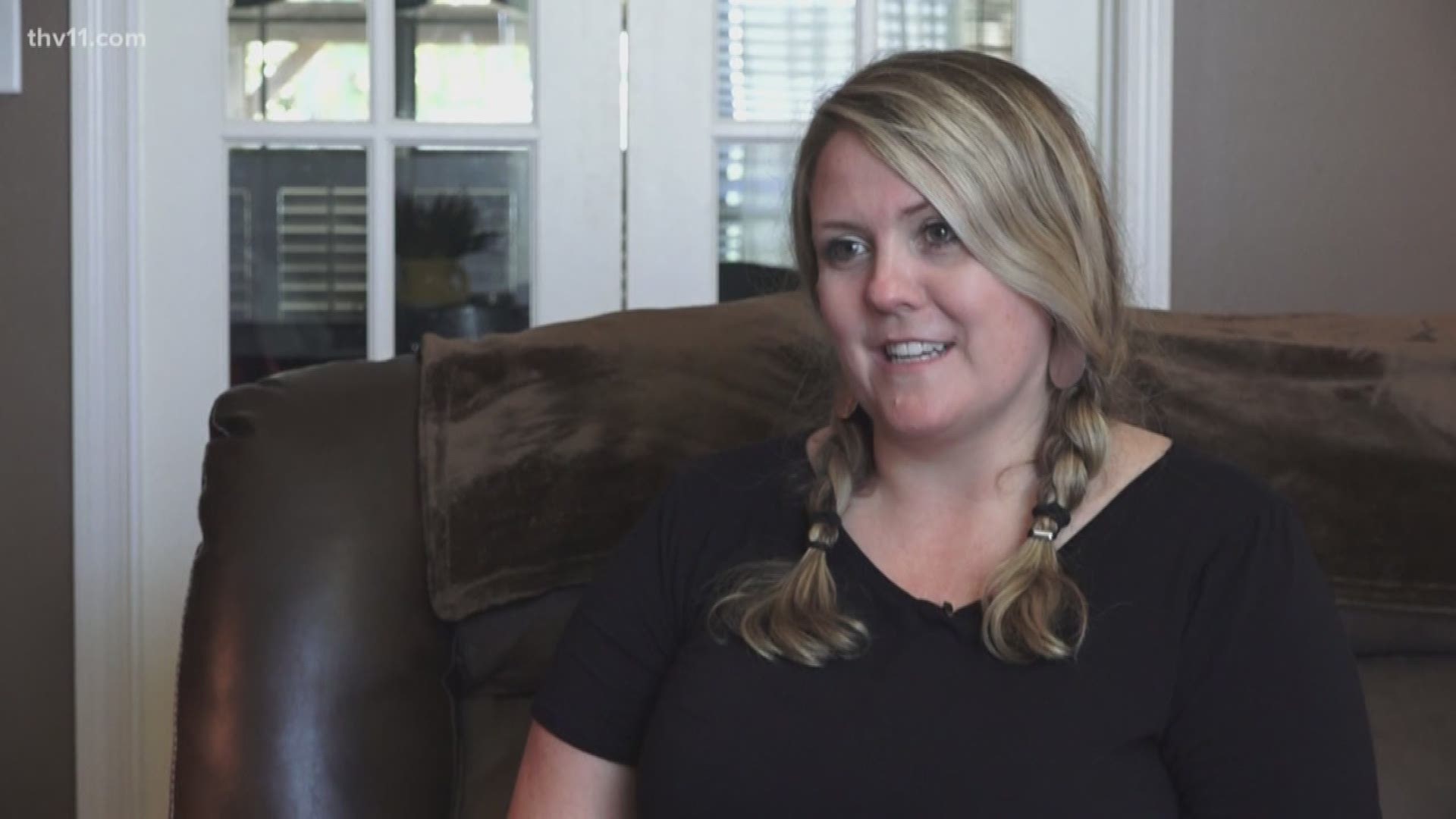 MAYFLOWER, Ark. — For one Mayflower teacher, a back-to-school tradition must go on even when tragedy hits.

"I love pictures of my babies, so I wanted other parents to feel connected too,” said Sabrena Thacker, a Mayflower High School teacher.

RELATED: School resource officer's heart of gold impacts everyone around her

Every stubborn high school student who refuses to take a ‘First Day of School’ picture for their parents has no choice in Mrs. Thacker’s class.

She snaps them on her phone and sends them to parents.

But, she browsed through her camera roll and realized one student was missing from the library of photos.

It was 10th grader Hailey Carney, whose life was hit with a challenge just weeks ago.

"I was having a lot of pain in my leg to the point I couldn’t sleep,” said Carney. “I got an MRI, they found a mass, they sent it off for a biopsy, and that’s when I found out I have cancer.”

Hailey is home-bound, fighting a rare form of bone cancer, missing out on her sophomore year of high school.

But that's where Mrs. Thacker made her visit, Hailey’s home on the first day of school.

Mrs. Thacker took Hailey’s ‘First Day of School’ picture and added it to the collection of student photos.

It then ended up in the inbox of Hailey’s parents.

"She means the world to us,” said Kim Carney, Hailey’s step mom. “She's always been there for all the kids in the community."

Hailey said it's that type of bond between her and her teacher that gives her the strength to battle on.

"She texts me all the time, asks me how I’m doing, she's one of a kind,” said Hailey.

Hailey’s not alone in her fight. She’s got a community of support behind her.

"They want her to know, we miss you, we love you, we want you there, but if you aren't, we are thinking about you,” said Thacker. “It's little things like that, that make us all feel important."

RELATED: Adulting is hard, but this Arkansas school is setting up its students for success

"God has a plan for everything, everything is in His hands,” said Hailey.

Hailey is taking a chemo treatment every other week for 12 weeks, then doctors will do more scans to determine if the tumor got smaller.