Miracle League in need of more volunteers for flood cleanup

The Miracle League of Arkansas needs your help so that children who have disabilities can enjoy playing baseball this fall. 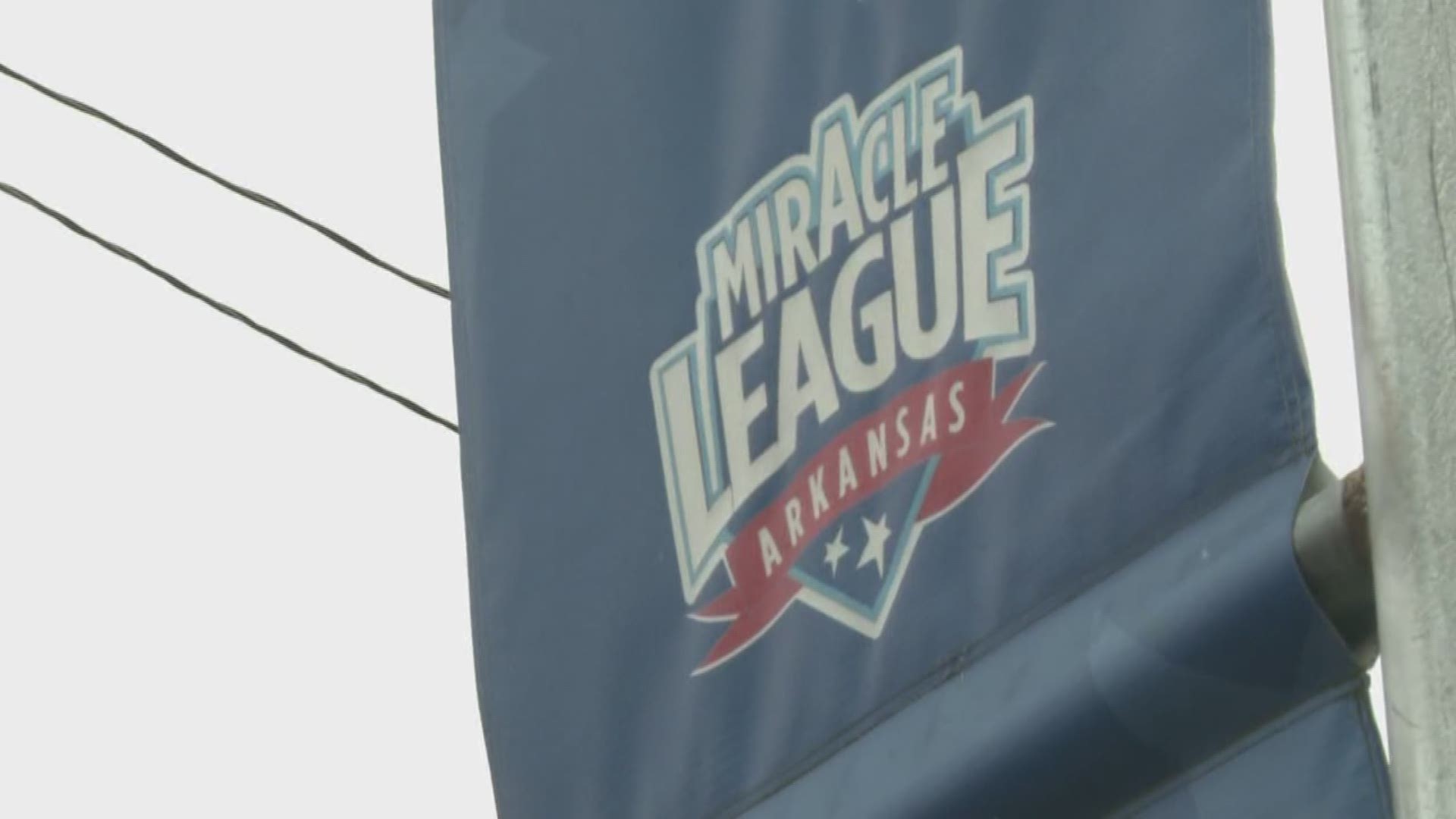 "I've watched how important it is to so many families and so many kids," volunteer and former board member Susan Elder said.

Volunteers are working to get the field ready for people with disabilities who depend on it every fall.

"It's a big thing to do," 17-year-old volunteer Jack McGahee said.

For some volunteers, the project is personal.

McGahee is taking on work as an Eagle Scout so that people like his brother can play baseball again.

"The part of my project is we took out all this drywall and putting in this sheet rock since it got flooded and then the memory garden that they have due to the players that passed away and it got ruined, and we're going to be taking out dead plants and putting in new ones," McGahee said.

It's been a tedious process.

"Kind of like handling plates that are four pounds each. Dipping them in one thing and then another cleaner," Elder said.

More volunteers are needed to get it done in time for fall baseball.

They want to have it all done by September 6, but they still have 21,000 tiles to clean.

Each rubber tile must be washed and sanitized before the construction workers can align them back on the field.

"We need volunteers to help with the washing part of it," lead craftsman Justin Barber said.

Miracle League staff hope participants don't have to miss any games this fall with the help of the community.

"It's really helpful to the kids who can't run on a natural field," McGahee said.