"Grass clippings on motorcycles are like driving on ice on an automobile," said Rodney Roberts, owner of Rodney's Cycle House. 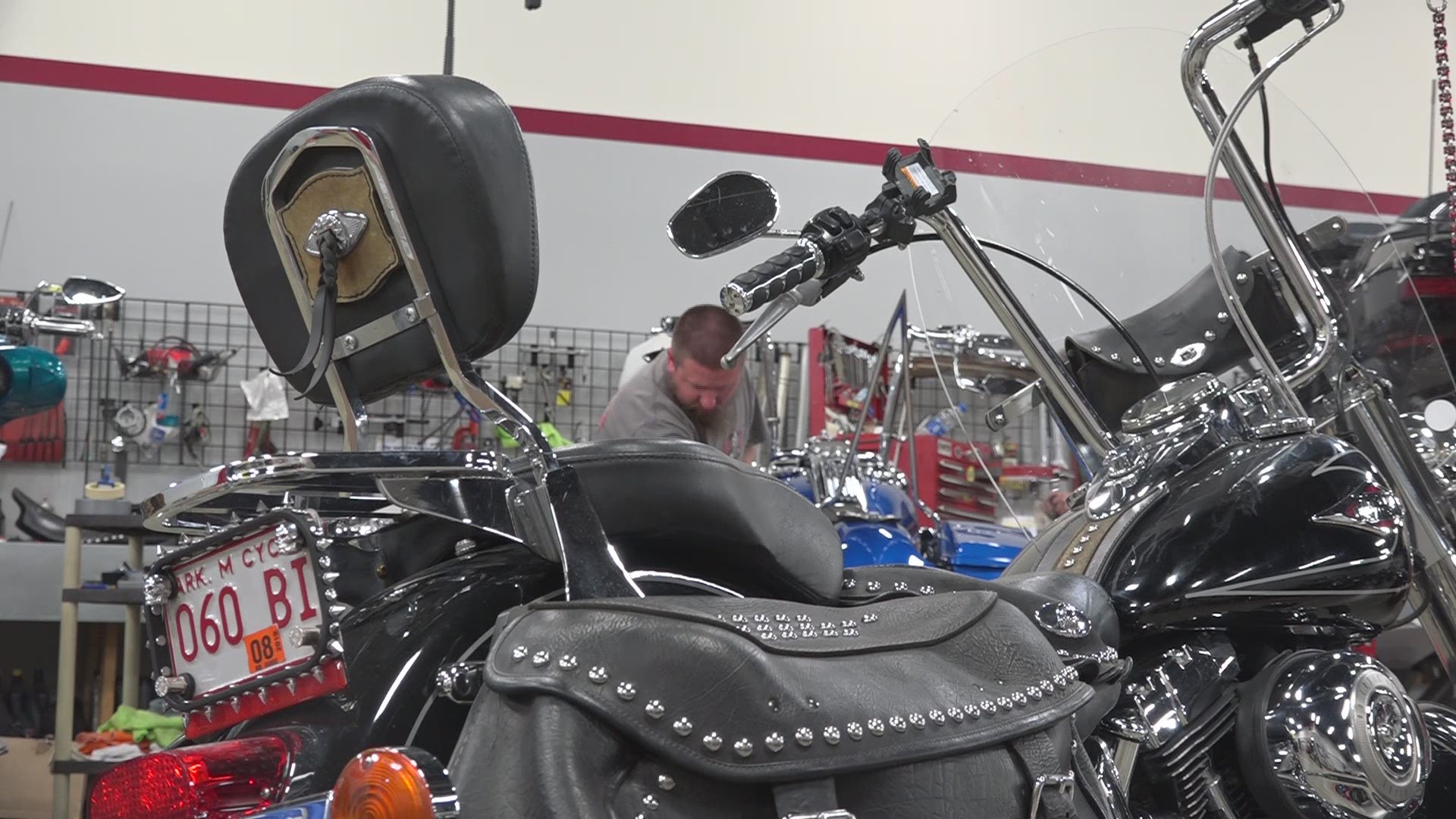 LITTLE ROCK, Ark. — Motorcyclists are asking people to stop throwing their grass and yard clippings in the street because it causes them to lose control while riding.

Rodney Roberts has repaired thousands of motorcycles and has been riding the last 60 years. His shop, Rodney's Cycle House, has seen all kinds of accidents. Some of the worst he said involve grass clippings.

"Grass clippings on motorcycles are like driving on ice on an automobile," Roberts said.

Roberts said debris on the street causes riders to lose traction. It can lead to serious injury. In some cases, even death.

"We're going to skin up a lot of motorcycle parts and body parts. "It's a big deal for motorcyclists for sure," he said.

Mike Hood with Little Rock Public Works said leaving grass clippings on the road is a violation of city code.

"That's considered to be a solid waste and disposing of it into the street means it's likely to run into our storms sewers and into our stormwater system and it'll drain right into the river," Hood said.

If an officer sees you throwing debris into the street, you will be given this warning card on your first offense. Hood said if you do not stop, you will get a ticket.

"That code can produce a fine very similar to any traffic citation. Fines of anywhere from 200 to 500 dollars," Hood said.

Roberts said to think about others the next you go to throw the debris in the street.