Turner is the first Arkansas recipient, but being the first isn't what he cares about. It's about being recognized for his works. 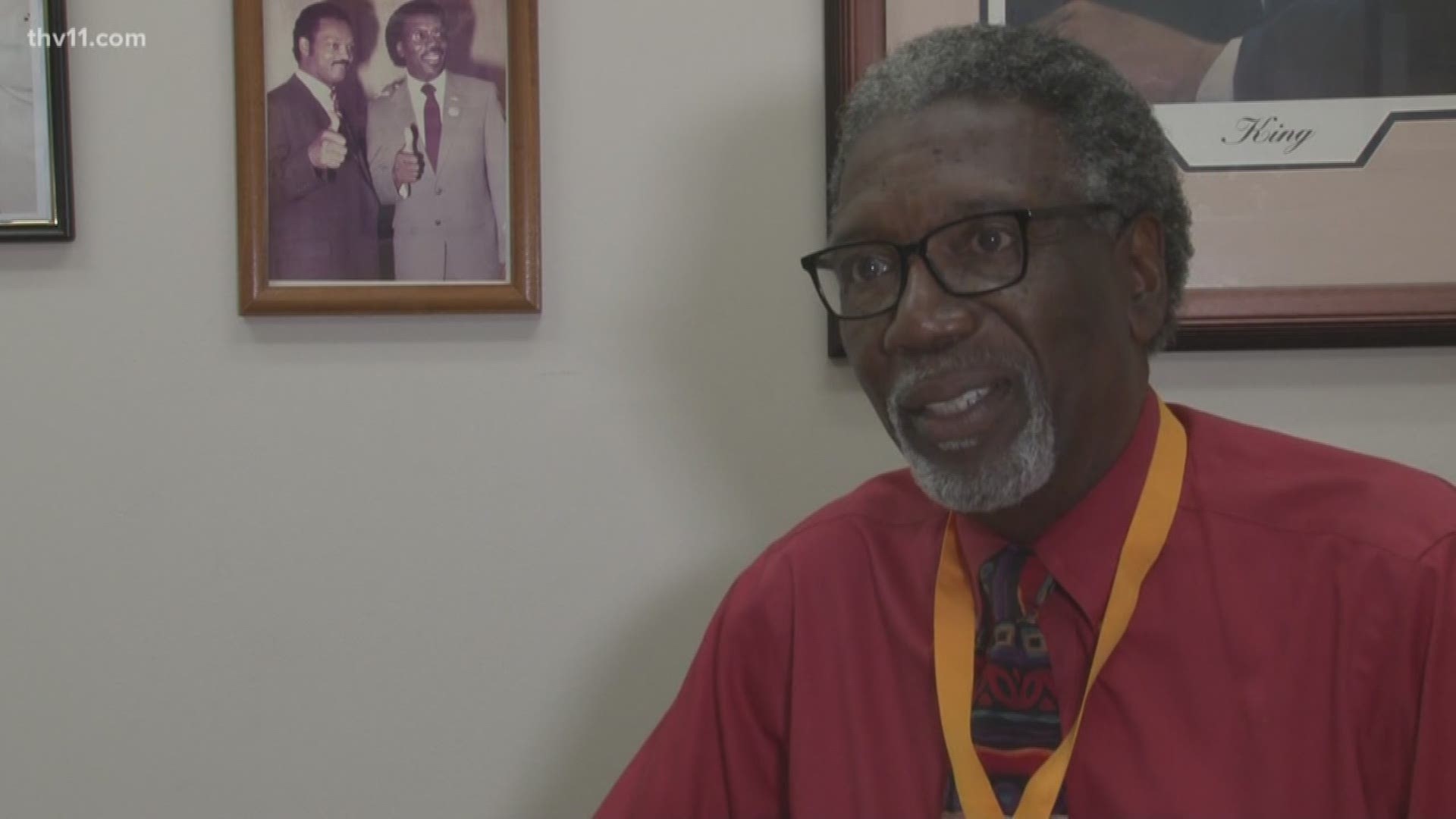 PINE BLUFF, Ark. — A Pine Bluff native was recognized nationally this past weekend for his contributions toward advancing the history of African Americans.

Tuesday, Rev. Jesse Turner was fresh off his trip from Virginia and he still couldn't believe that it all wasn't just a dream.

RELATED: Out with the old, in with the new | Pine Bluff taking strides to strengthen their city

"Never figured that a little boy from the east side of Pine Bluff would grow up and receive an award such as this," he said.

It's called the "Distinguished Service Award" and is presented by the 400 Years of African-American History Commission.

Turner is the first Arkansas recipient, but being the first isn't what he cares about. It's about being recognized for his works.

"That's really what I look at, not me, but what I'm doing is worthy of getting an award like this, so that really makes me proud to know that I'm making a difference," he said.

Turner said he had a passion for changing lives at a young age.

"I really started making a difference in the community when I was in the 11th grade," he said.

Turner noticed an African American family wasn't connected to the city sewer, just because of the color of their skin.

Then, it was a domino effect. Turner began changing the way Pine Bluff elected their representatives, school boards, and named the first park in Pine Bluff after the King he always looked up to - Martin Luther King Jr.

Jesse Turner has walked the streets of Pine Bluff all his life, making impacts with everyone he meets.

Those that know him personally, like his barber Dennis R. McNealy, said he wasn't shocked at all when Turner received the honor.

"Not surprised, he's always getting awards like this, you hear me, and it's not gonna be his last," he said.

McNealy has been cutting Turner's hair for 25 years now and has a special nickname for this one-of-a-kind man.

"When he comes through the door, I like to call him the drum major of the city of Pine Bluff," he said.

Just like that, the little boy from the east side of Pine Bluff is rewriting his city's history.

He hopes this will leave a positive effect on the city of Pine Bluff.

In an email, Mayor Shirley Washington said Rev. Turner "continues to preserve in the face of adversity" and he "devotes his all to every community project he is involved in."