As part of the Little Rock's Asher Ave. revitalization plan, Immerse Arkansas will have permit and inspection fees waived. 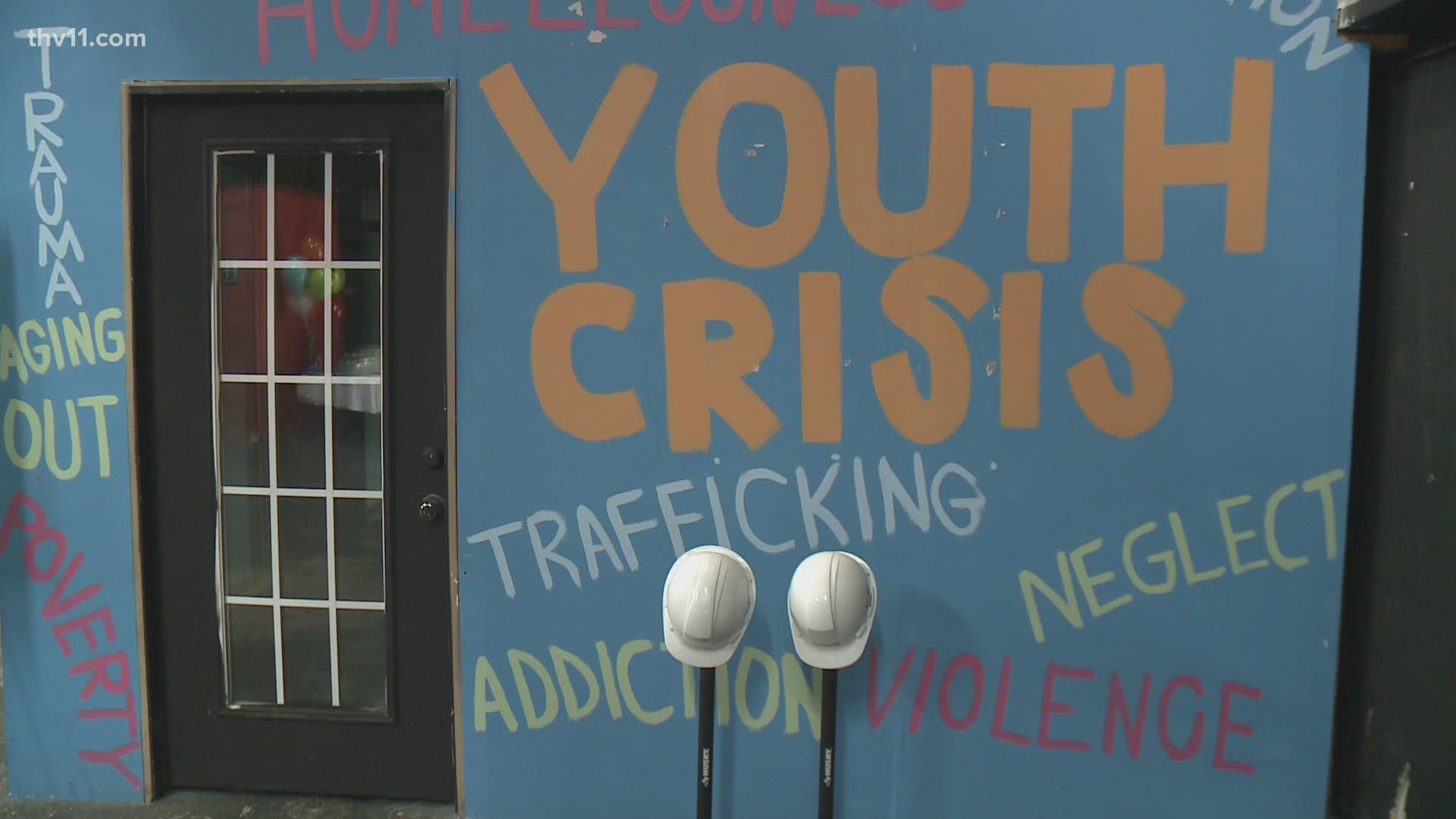 LITTLE ROCK, Ark. — Andrea Williams doesn't know where she would be without Immerse Arkansas.

"I probably would've done a lot of stuff different just because I would've still been stuck in survival mode, and that can lead to detrimental things," she said.

The Little Rock-based non-profit serves youth in crisis. On Friday, it started a new chapter with the launch of an expansion project.

Overcomer Central will be the home base for Immerse Arkansas.

"Our goal is to walk with young people who are aging out of foster care; they're runaway; they're homeless," Executive Director Eric Gilmore said.

"[We're] really trying to help them transition to adulthood successfully. This is a center where young people are going to come and take those steps for the first time."

At the OC, youth ages 14-24 can receive a meal, meet with a counselor or mentor, search for job opportunities, have access to a food pantry, and more.

The center is located on Asher Avenue — a corridor the city is working to re-energize.

"This is one of the first major projects for the Asher revitalization program," Little Rock Mayor Frank Scott Jr said.

"Very excited about it to have a not-for-profit that's willing to be intentional and be very focused on south of 630 east of 30 development."

As part of the city's plan, Immerse Arkansas will have permit and inspection fees waived.

"Anytime you start to get that kind of collective momentum, that collective impact to really improve a specific part of the city it makes a big difference," Gilmore said.

And in this case, it will likely change the lives of young people like Andrea.

"Real support, when you know it's unconditional, stretches you a long way," she said.

"I've seen people and gotten to know people who really had, like, nobody and feel secure coming here."

The project should be complete by Spring 2021.