‘Words are powerful’: Asian Arkansans, other minority leaders discuss how to stop hate

Friday was dedicated as “Stop Asian Hate” after violence escalated against Asian Americans in the past year. 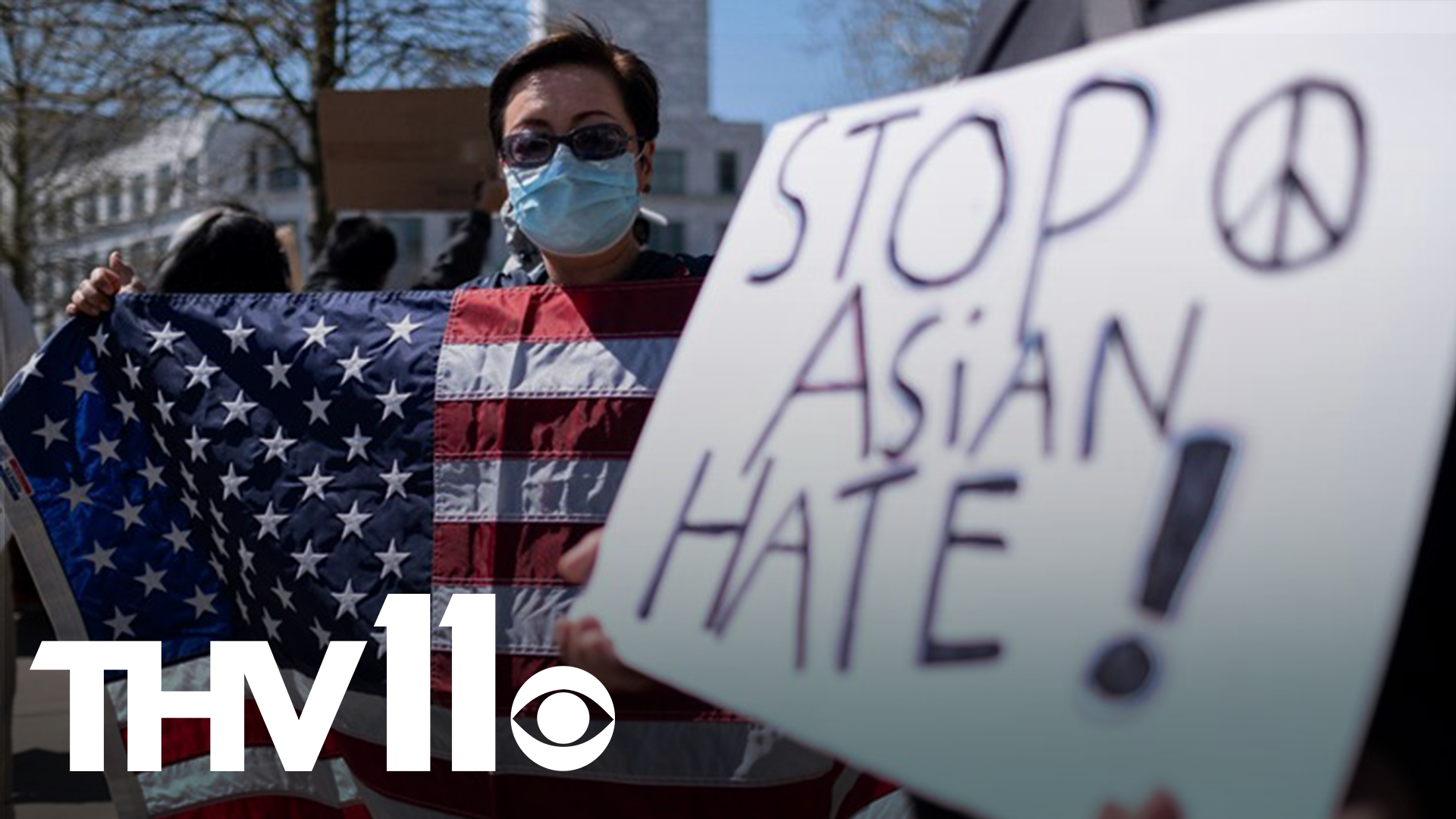 Asian Americans recall the times they were told to “go back to where they came from” and “you don’t belong here.”

"Words are very powerful. Hate speech is always preceded by a hate crime," said Kyla Bishop, an attorney in Little Rock and a member of the Asian American and Pacific Islander Caucus.

In 2020, crime against Asian-Americans rose nearly 150% in the U.S., according to the Center for the Study of Hate and Extremism.

Even here in Arkansas we are seeing Asian hate crimes, but those won't be prosecuted as such, because the state does not have a hate crime law on the books.

On Friday, people around the nation, including in Arkansas, joined together to address Asian hate in America.

A virtual discussion was hosted by the Arkansas chapter of the Asian American and Pacific Islander Caucus.

Hot Springs City Director Erin Holliday was also in attendance to discuss the recent violence of an Asian man by a former Bentonville Fire Captain.

RELATED: Asian man who was allegedly punched by an Arkansas firefighter shares his story

"It's incredibly disappointing that something like this would happen anywhere, much less in Hot Springs,” said Hot Springs City Director Erin Holliday. “This type of behavior is not accepted in our community."

Other minority group leaders attended as well to talk about shared struggles and how to move forward.

"The most immediate thing that allies can do is confronting the racism within their own circle," said Bishop.