ASP investigate the death of an inmate at Sebastian Co. Detention Center 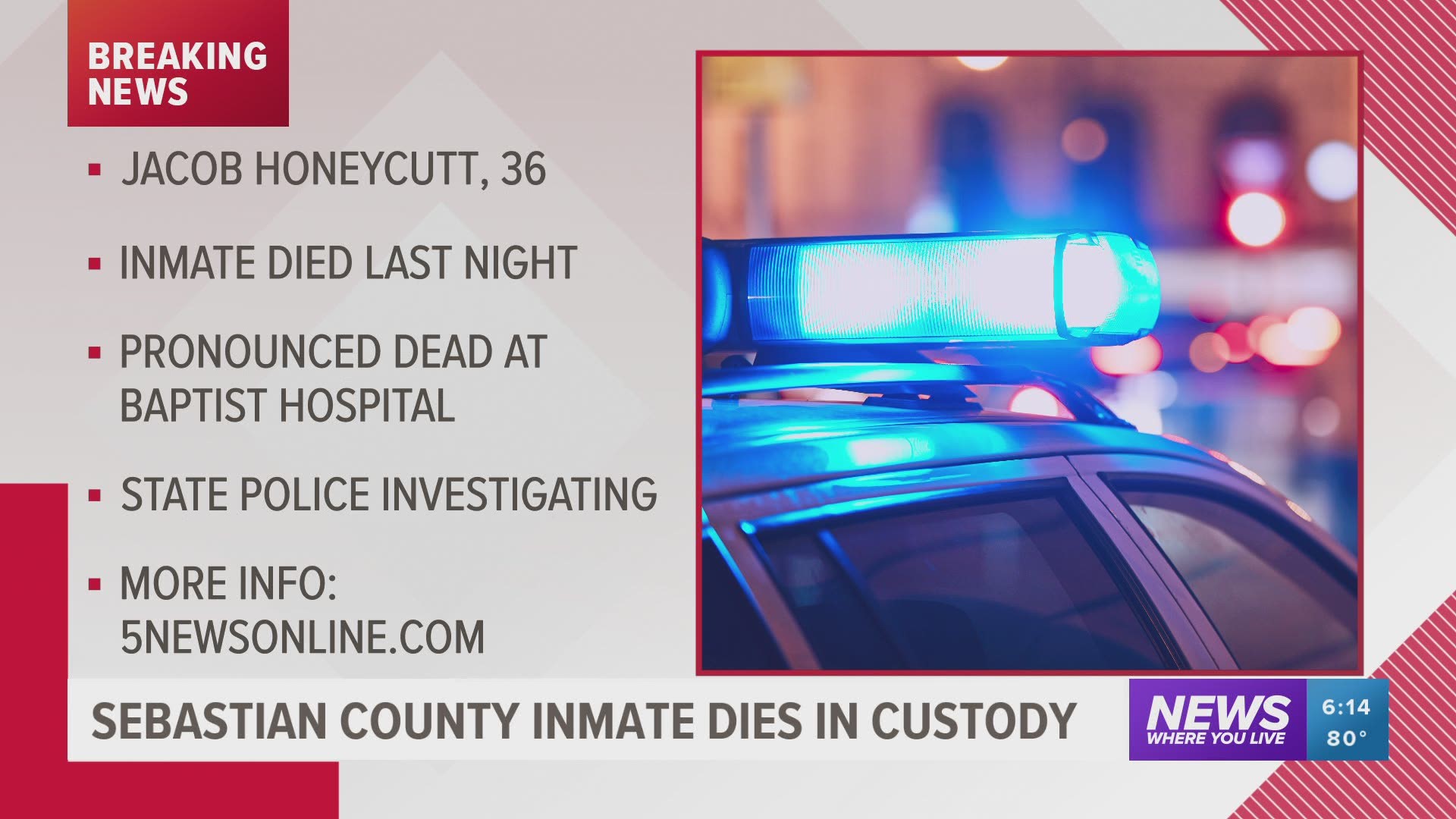 FORT SMITH, Ark. — The Sebastian County Sheriff’s Department has requested the assistance of the Arkansas State Police in the investigation of an in-custody death that occurred Friday (July 31) at the county detention center.

Detention center officers were alerted by another inmate around 8:30 p.m. that Honeycutt appeared to be experiencing a seizure.

Nurses at the detention center and sheriff’s department personnel administered life-saving measures to Honeycutt and contacted emergency medical personnel to take Honeycutt to the local hospital.

Special Agents of the Arkansas State Police Criminal Investigation Division are leading an investigation of the death.

Honeycutt’s body is being transported to the Arkansas State Crime Lab where a manner and cause of death will be determined.