Police say the same man tried to kidnap several women in Galveston in late September. They're hoping the public can help identify him before he strikes again. 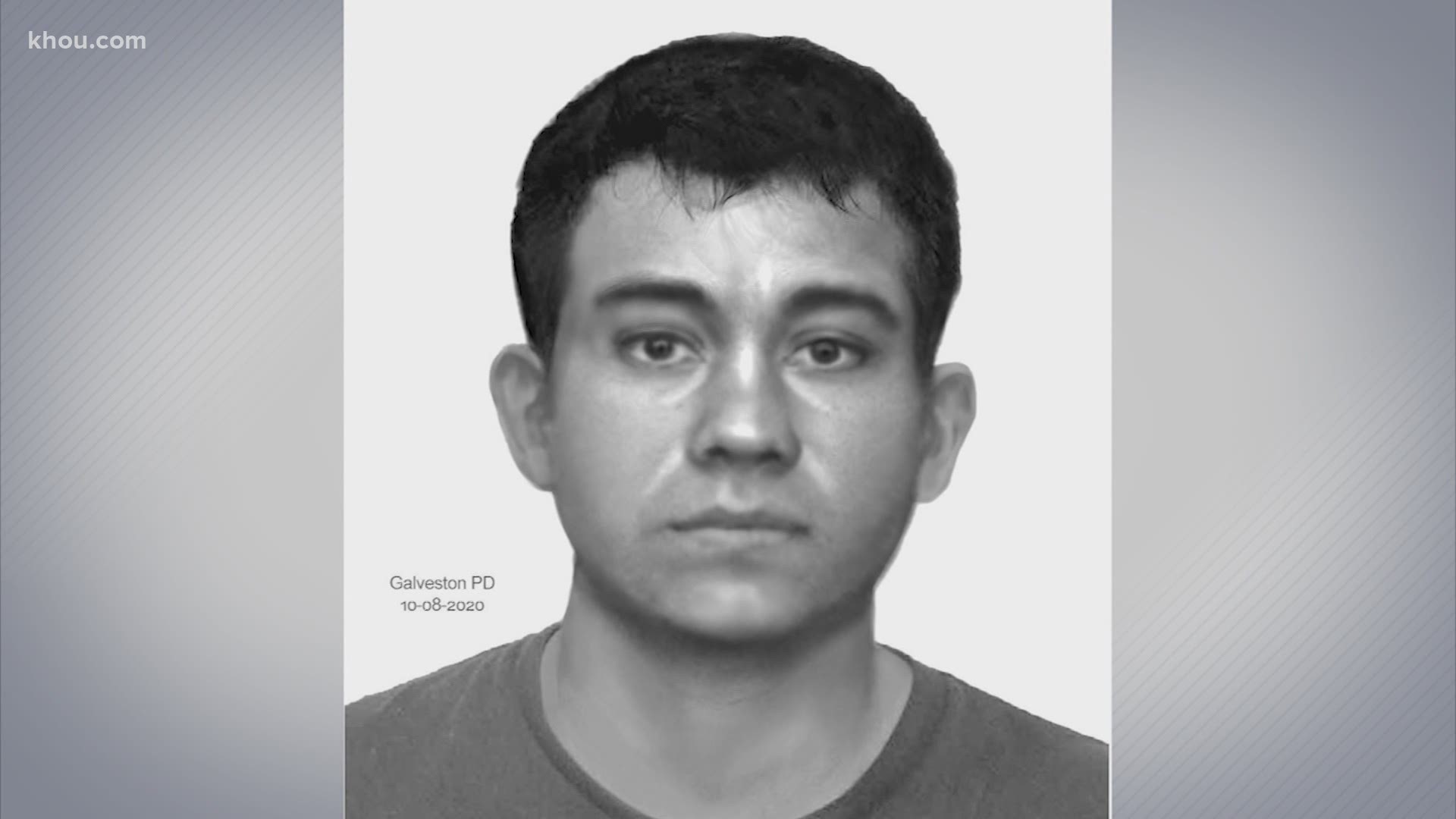 GALVESTON, Texas — Galveston police released a composite sketch and a photo of a vehicle they say belongs to a suspect who tried to kidnap several women on the island last month.

Police want to stop him before someone gets hurt.

"Repeated attempts in short amount of time is a scary aspect to me ... and very aggressive," Galveston Police Detective Michelle Sollenberger said Tuesday.

Police said the suspect is Hispanic and speaks both Spanish and English. They say he stands about 5 feet, 3 inches to 5 feet, 5 inches tall with a thin, but muscular build. He's believed to be between 25 and 40 years old and police say he had no distinct facial hair at the time of the alleged attempted kidnappings.

He was driving a car that police said they believe is a burgundy or maroon, four-door, 2008-2010 Honda Accord with a child's car seat in the back seat.

Credit: Galveston PD
Galveston Police said the man driving this vehicle has attempted to abduct several women on the island.

On the same night, about 30 minutes later, a 45-year-old woman said the suspect approached her at the intersection of 22nd Street and Market and asked for directions. She said the suspect then got out of his car, grabbed her and tried to push her into the back seat of his vehicle. She was able to escape and run, but he caught up to her and tackled her to the ground, police said. The woman screamed and fought, alerting several people who were also in the area.

Credit: Galveston PD
Galveston Police released this sketch of the suspect they said has attempted to kidnap several women on the island.

On Sept. 25, police said a suspect matching the same description in the same vehicle approached two women who were walking with a man (all in their 20s) after they left an establishment near 82nd Street and Stewart. The suspect confronted the women and told the man he "just wanted the girls," according to police. After a short confrontation, the suspect left the scene in his car.

Police say all women should be on high alert until the suspect is caught.

"If someone's getting too close to you and it feels wrong, let’s make that space. Let's cause a scene," Detective Sollenberger said.

If you have any information that could help police identify the suspect in the case, you're asked to contact the Galveston Police Department's non-emergency at 409-765-3702 or Galveston County Crime Stoppers at 409-763-8477.