On Thursday, WFAA interviewed a Dallas man who had an electric bill for three meters that climbed to more than $17,000 over the last few days. 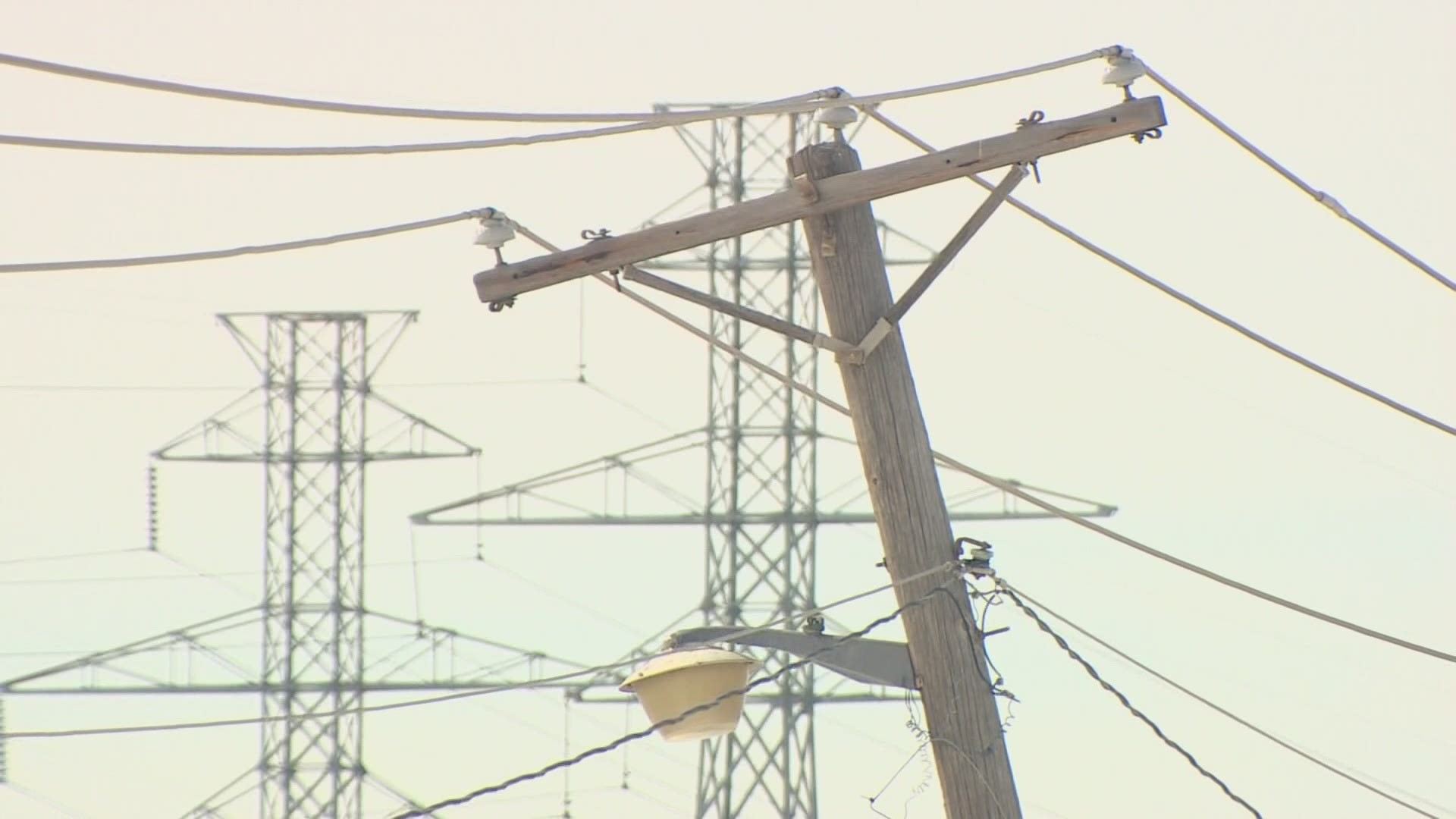 DALLAS, Texas — At least three state lawmakers have written or are writing letters to the Public Utility Commission of Texas, admonishing them after the agency authorized the Electric Reliability Council of Texas to permit rate hikes on electric bills statewide during this week's historic winter storm.

On Friday, Texas Rep. Brooks Landgraf (R-Odessa) wrote the below letter asking the PUC of Texas to rescind its authorization to ERCOT to permit rate hikes on Texas electric bills.

The agency allowed the hikes to address concerns that "certain pricing mechanisms were not generating an optimal response," to the state's energy crisis, a release said.

After meeting this week, commissioners issued an order to modify pricing models to "more accurately reflect the market's scarcity conditions."

In a nutshell, the price of power in Texas quickly spiked.

It went from $50 to $9,000 per Megawatt in some cases due to the low supply and high electricity demand.

On Thursday, Leach took to Twitter to voice his disappointment with the PUC by writing that "there will be hell to pay for energy companies or providers who take advantage of or overbill Texans after this crisis."

To be clear: There will be hell to pay for energy companies or providers who take advantage of or overbill Texans after this crisis. I don’t care if it is permissible or legal. Every company should think long and hard before you send those energy bills to Texans. #txlege

Those with the priciest bills, WFAA found, were not on a fixed-rate contract with their energy provider.

Instead, they were on a month-to-month payment plan that charged the consumer the current market price.

So when the state's prices took off, the bill got passed to the customer.

Williams was running three meters: one at his office, home and guest house. His usual bill hovered around $600. After the price hike, it climbed to more than $17,000.

"I mean, how can people pay this? There's absolutely no way," Williams said. "We're being held hostage, and there's nothing you can do about it."

Williams has since changed providers, and Griddy encourages customers to do something similar as an alternative if they can't afford their bills.

But what else can you do? FEMA aid might be on the way soon, but the agency doesn't offer assistance for utility bills.

Oil and gas attorney Chrysta Castañeda said the first thing you can do is turn off the auto-pay option on your bill.

That will give you time to contact your energy provider, understand what you owe along with how your bill is calculated, and protest it if need be.

"Don't panic," Castañeda said. "Have patience and gather your information ... If the contract between providers and generation companies allows them to pass on the costs to the retail customer, the electric generation companies will pass it along. That's the downside of a deregulated market."

Because the PUC decided to allow a price hike, what ERCOT is doing isn't technically price gouging or illegal.

But with hearings and investigations scheduled as the state legislature is in session, how all this gets sorted out may not be over just yet.

Castañeda also underscored how unparalleled this situation is.

"I would urge patience because I don't think that even the electric providers are fully able to comprehend what this means yet," she said.

Be careful if you choose not to pay your bill and don't have another energy option on hand. A provider could cut off your gas or electricity.

If you'd like to file an informal complaint to the PUC about your provider, follow this link and the instructions.