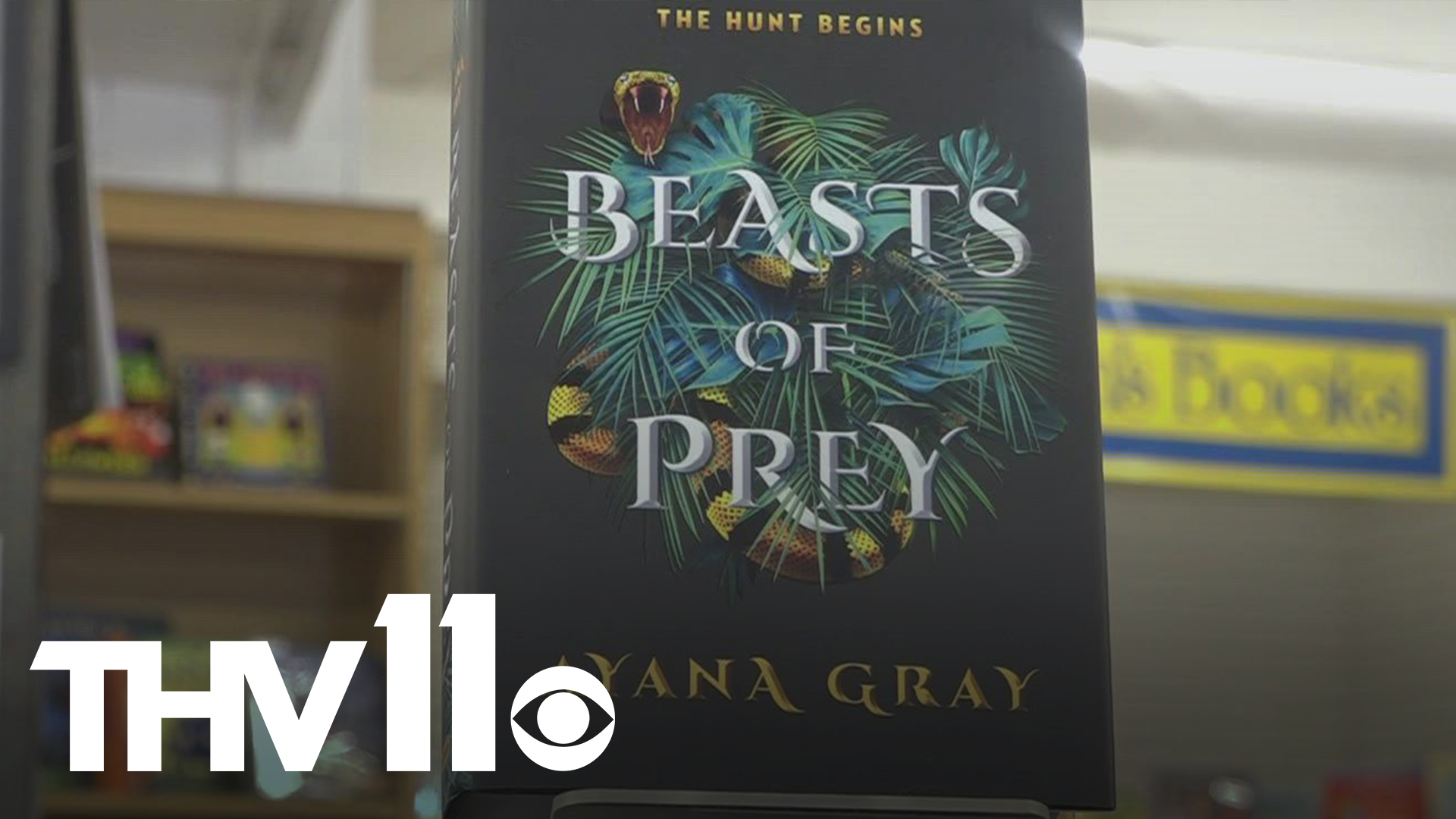 LITTLE ROCK, Ark. — A Little Rock author is having a good day because not only did her new book Beasts of Prey release Tuesday, but it is going to be turned into a Netflix film.

The news for Ayana Gray's debut book was announced last week by The Hollywood Reporter. The story follows two Black teenagers on a journey into a magical jungle that uncovers ancient secrets along the way.

Gray said she's on cloud nine with all of the announcements and press her fictional novel is getting.

"It's kind of hard to describe. I'm getting messages from family and friends. I've compared it to running a race and me finally crossing the finish line and just feel this victory and triumph and just joy," said Gray.

Despite the national attention, the buzz means a lot for people back home.

You can register for the event here.

"First of all, to have a local author especially a young person from Little Rock who has written a book that's getting so much national attention and so much buzz is really exciting for our little store," said Lynne Phillips with the bookstore.

They're preparing for Friday's event and promoting Beasts of Prey by putting the book on display.

"We've been unpacking boxes of books and getting them out on our display. We've got a lot of pre-orders so we've been pulling those, calling folks, and letting them know they're here," said Phillips.

While the visit may only be a chapter in Gray's journey, she said it's a special one.

Clubhouse Pictures will produce the film with Melody Cooper to write the screenplay adaptation. Clubhouse has released Project Power and Kate on Netflix.

This is going to be the first novel in the planned fantasy series.

You can find where to purchase the novel by clicking here.