It was announced Friday that an arrest warrant was issued for former Lonoke County Sgt. Michael Davis in the death of 17-year-old Hunter Brittain. 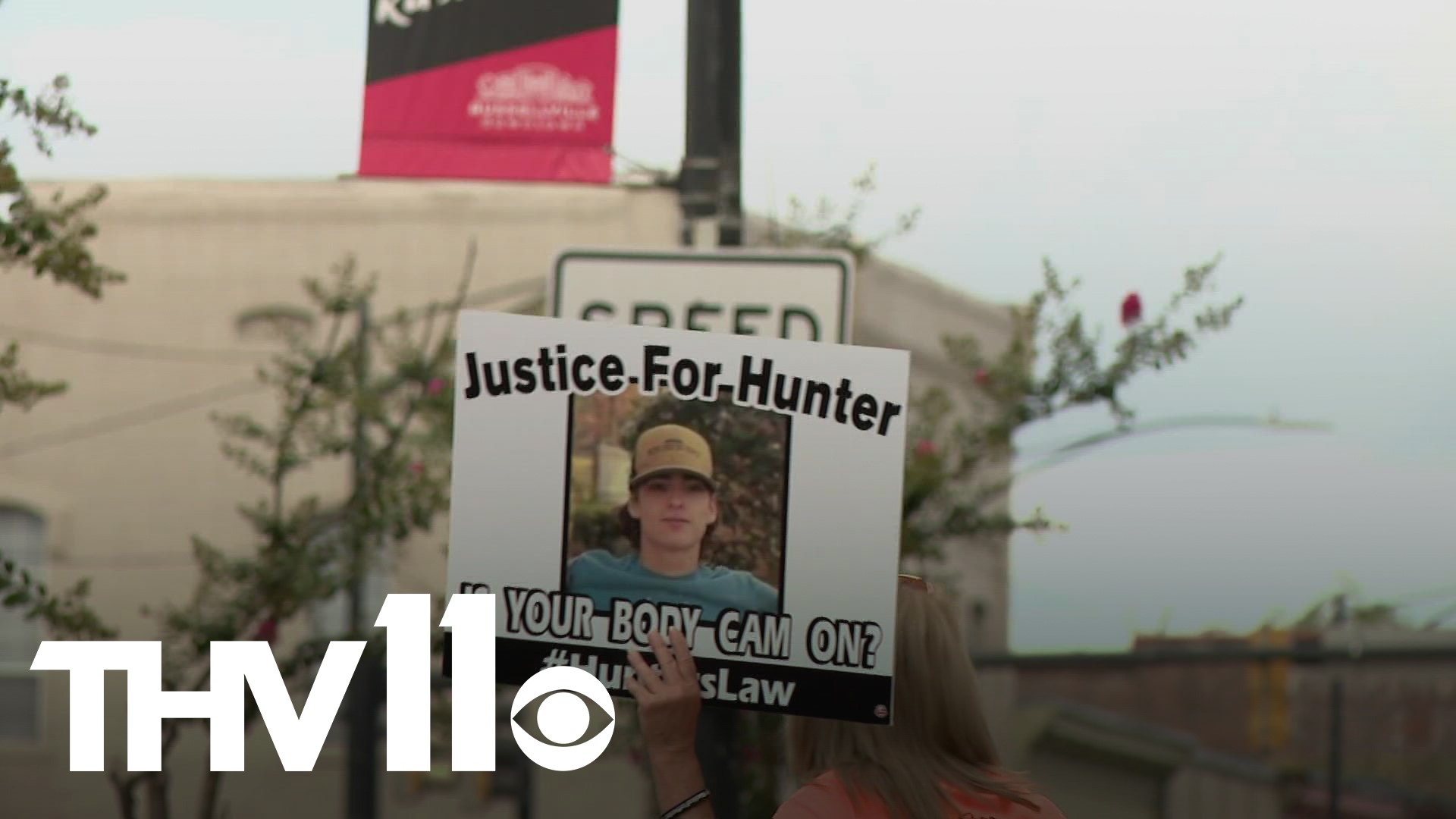 ARKANSAS, USA — It's been a long two months in the City of Beebe.

"So it really does go deeper than he was just a classmate or he was just a friend, you know?" Nathan Waters, Brittain's classmate, said. "It hurts. It still hurts, I still feel empty about this a lot of times."

This hits closer to home for Waters – Brittain was his cousin.

Friday's announcement that former Lonoke County Sheriff's Deputy Michael Davis has a warrant out for his arrest helps, Waters said.

"It hit me again that he really is gone," he said. "It hit me. That hit me again, but also that we got something, so it's kind of a bittersweet thing."

Messages of support are more verbal than visual in Beebe now, but there was one "Justice for Hunter" sign our THV11 crews saw on their way to meet Waters.

An SUV outside of a salon in Beebe still has the message on the back window. It's a reminder of what's happened, and what hasn't happened yet.

"What if that was my kid? so you absolutely want to do everything you can to stand behind it," Michele Lawson, owner of the SUV and the salon, All About You, said.

Lawson has a son the that's the same age Brittain was when he died – 17 years old.

She said it's been difficult as a community to cope with this – but today helps.

"We're all pleased with that, at least something's finally being done," she said.

So while this isn't the end of the road in Beebe, Waters said this is a start towards finding justice.

"We're getting what we needed, this has kind of given us closure," he said. "I think we're all going to realize in the end, no matter: we get our justice, but God will get his justice in the end too and that will be the greatest justice of them all."