Officials: Belton Lake toxins dangerous to animals, not to humans

Algae samples that were taken come back positive for toxins. Authorities suspect toxics to be the cause of the death of several dogs. 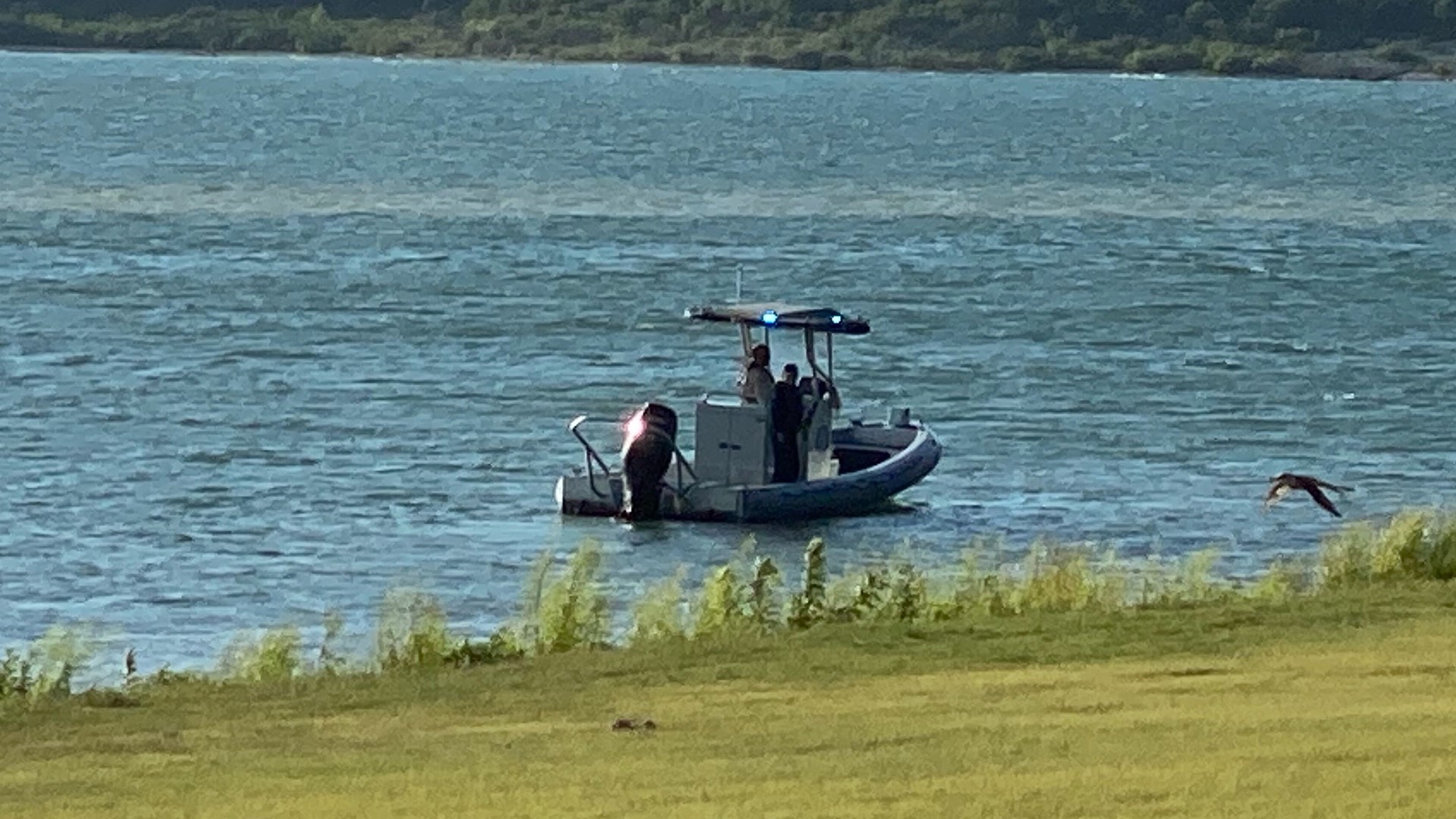 BELTON, Texas — Even though samples taken from Belton Lake came back positive for toxin levels dangerous to animals, the Bell County Health District said on Tuesday the toxins do not pose a health risk for humans.

Earlier this month, the Texas Parks and Wildlife Department took samples from the lake at the request of the U.S. Army Corps of Engineers after there were reports of dogs dying from water exposure.

"I literally just told my boyfriend last night that I wish I could just hug him or touch him again," said Delaney Presley, who lost her beloved dog Koda two weeks ago after he ingested the toxin. "I would give anything to do that again and not having him here bothers me."

According to the Brazos River Authority's (BRA) official Twitter, the tests were done for cyanotoxin, or blue-green algae bloom, on Belton Lake.

BRA said Monday that the lab results showed the bacteria containing the toxin is present.

"We have received the report of water and algal tissue samples from Lake Belton," Dr. Amanda Chadwell with the Bell County Health District said. "I have reviewed the test results, and while the level of toxins is dangerous for animals, at these levels they do not pose a health risk for humans."

At the request of the U.S. Army Corps of Engineers, the Brazos River Authority has conducted testing for cyanotoxin, or blue-green algae blooms, on Belton Lake. Lab results received over the weekend show the bacteria containing the toxin is present. pic.twitter.com/KXSDC8xEID

6 News reported on the deaths of several dogs at Belton Lake this month. One of the reports came from Presley of Belton who posted to Facebook about how she had to take her six-month-old puppy, Koda, to the vet after they visited Belton Lake. She said Koda's death is unknown, but her vet said he died within 30 minutes after the water entered his bloodstream.

Joshua Brown with the U.S. Army Corp of Engineers showed 6 News where samples were taken from to be tested, saying he highly recommended that pets not be allowed to swim inside the Marina.

"You should get out on more open areas, on points where the wind and the wave action is active," Brown said. "We just have to learn and to identify so we can avoid and this is one of those things, this is a natural occurrence and we have to learn and educate ourselves on how we can identify it and avoid it."

RELATED: Pet owners advised to use caution at Belton Lake after reports of dogs dying

BRA has reported the findings to the Bell County Public Health District and Texas Department of State Health Services and is awaiting further guidance from epidemiologists, according to the BRA's official Twitter.

"Cyanotoxin is rare." The BRA said.

However, they advise algae may be present at any time and that people and their pets should avoid playing in or eating algae. They should also stay away from stagnant water or water that has decaying matter in it.

If you do take your dog to the Marina where algae is present, Brown said you can take precautions if your pet enters the water to play.

"If your dog is swimming in the water, when they come out, maybe rinse them off with clean water and don't let them clean themselves but get them rinsed off before they have a chance to lick themselves and ingest that algae," he said.